Spanky, Titanic, And The Greeks: The 10 Best Gambling Nicknames Of All Time

Every proper gambler deserves a nickname as cool as these 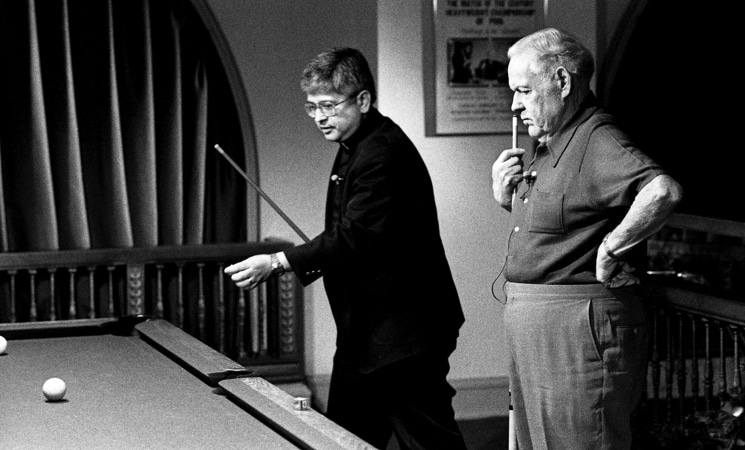 If you’re going to be a serious casino gambler or sports bettor, it pays to have a colorful nickname. Back when America’s true national pastime was in its nascency, this advice was taken a bit too literally, as gamblers’ nicknames were too often rooted in ethnicity, to borderline — or over-the-line — offensive ends.

Thankfully, there are plenty of playful — if not entirely politically correct — gambling nicknames worth celebrating. US Bets consulted several sources, online and off, to come up with the following, very subjective list of the 10 greatest gambling nicknames of all time (presented in descending order, for maximum suspense), many of which come from the wild world of poker:

10 (tie). Jimmy “The Greek” Snyder & Nick “The Greek” Dandolos. These two Greeks harken back to the aforementioned ethnic-rooted monikers, although calling a Greek person “The Greek” is relatively benign. What wasn’t benign were the racially incendiary comments Snyder made that led to his firing from his role as a CBS Sports commentator. As for Dandalos, he was a high-rolling horse bettor and poker player who claims to have chaperoned Albert Einstein on a journey through Las Vegas, introducing him to his cronies as “Little Al from Jersey.”

9. Wild Bill Hickok. An Old West folk hero known mainly for gunfighting, Hickok was also an avid gambler who was shot to death in 1876 while playing poker in a saloon in Deadwood, S.D. At the time of his demise, he was holding two pair — black aces and eights — or what would come to be known as “the dead man’s hand.” In life and in death — and in his nickname — Hickok was a true wild card.

8. Amarillo Slim. Everything’s bigger in Texas, though not necessarily better. But its cities tend to have some pretty righteous names, and Thomas Austin Preston Jr. — a.k.a. poker great Amarillo Slim — is nicknamed after one of them. Born in Arkansas, Slim’s parents moved the family to Turkey, Texas, before settling in Amarillo, making one wonder where “Turkey Tom” would rank on this list.

7. Parlay Patz. “Parlay Putz” might be a better nickname for Ben Patz, who rose to gambling fame — and then infamy — by cashing in a string of monster parlay bets and then threatening to kill members of the Tampa Bay Rays after they screwed up one of his wagers. Patz was recently sentenced to 36 months probation for sending these threatening Instagram messages, but, hey, a great nickname’s a great nickname, regardless of whom it belongs to.

6. Bobby “The Owl” Baldwin. A World Series of Poker champ, top-rated billiards player, and former casino executive, The Owl is still knocking around Las Vegas nowadays. The origins of his nickname remain as mysterious as the bird itself, which makes him that much cooler.

5. Texas Dolly. The 87-year-old poker icon better known to some as Doyle Brunson just announced that he’s coming out of retirement to play in a few tournaments this year. As for his gender-bending nickname, it’s rooted in his old pal Jimmy the Greek referring to him alternately as “Texas Doyle” and “Texas Doylee” in his gambling column in The Las Vegas Sun. The Associated Press then misprinted Brunson’s nickname as “Texas Dolly” — and that version stuck.

3. Clyde “Puggy” Pearson. It is always admirable when someone turns something that’s seemingly a flaw into a positive attribute — or in this former WSOP champ’s case, a nickname. Pearson, a pal of Dandolos’ and Brunson’s who helped get the WSOP off the ground and honed his gambling skills while serving in the U.S. Navy, suffered a disfigured nose in a childhood accident. Hence, “Puggy.”

2. Titanic Thompson. Golf legend Sam Snead called Thompson (given name: Alvin Clarence Thomas), an ace gambler and golf hustler whose traveling exploits predated Vegas’ rise, “the greatest hustler ever,” while Minnesota Fats dubbed him “the greatest action man of all-time.” His nickname is directly derived from history’s most famous shipwreck: After a young Thompson hustled a Missouri shark out of $500 by diving headfirst over a pool table without touching it, the shark said he “must be the Titanic, the way he sinks everybody.” He also married five women and killed five men before dying at the age of 80 in 1974. What a life.

1. Gadoon “Spanky” Kyrollos. A well-known, high-rolling professional sports bettor who’s based in New Jersey and loathes the limitations of Las Vegas, Kyrollos tops this list because he pairs a great nickname with an even better real name. That combo is tough — no, impossible — to beat.