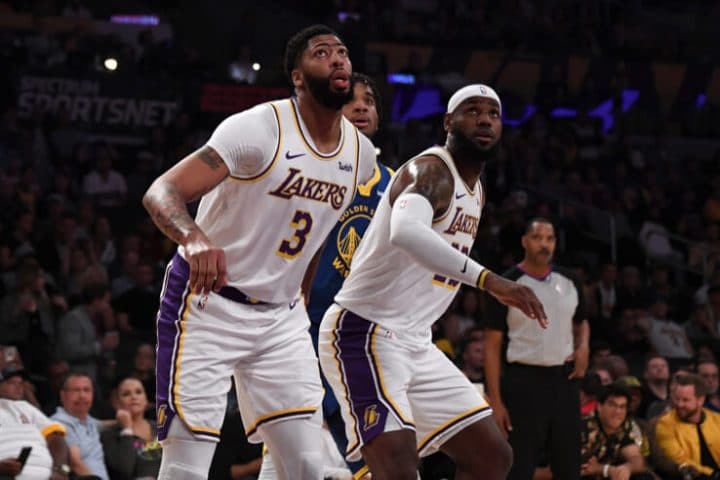 The 2019-’20 NBA season tips off tonight with a pair of marquee matchups. Sort of.

It starts at 8 p.m. Eastern with the defending champion Toronto Raptors meeting the upstart New Orleans Pelicans. Two little problems: The Raptors no longer have Kawhi Leonard, the superstar who carried an otherwise fringe-contending team to the title, and the Pels are without the new face of their franchise, no. 1 overall draft pick Zion Williamson, who suffered a torn meniscus in his right knee during the preseason and is expected to miss 6-8 weeks following arthroscopic surgery.

These two games serve as a reminder that there is risk every time you place a sports wager. One superstar missing a game changes everything. One injury can throw a season-long bet out of whack. There are no sure things. After all, the Golden State Warriors were a sure thing last year, right? They started the season at Westgate Las Vegas’ sportsbook as a ridiculous -200 favorite to win it all. Then Kevin Durant went down, and Klay Thompson tore his ACL, that bet got buried and the Raptors hoisted the Larry O’Brien Trophy.

So, if we can all agree that there are no “locks” when it comes to sports betting, here’s a look at some NBA futures bets worth thinking about as the season gets underway, surveying odds from sportsbooks in a variety of states with legal, regulated betting.

Whichever team you like, you’d be well advised to shop around, assuming you’re in a state with multiple sportsbooks. But here are the odds for the top dozen teams at DraftKings Sportsbook in New Jersey:

Unlike every season since the Warriors won their first title of this era, there isn’t a prohibitive favorite this year.

The Clippers are constructed for postseason success, with newcomers Leonard and George joining a team that won 48 games last year without them and returns Lou Williams, Montrezl Harrell, Patrick Beverley, Ivica Zubac, and Landry Shamet, and added another useful piece in Mo Harkless. George is out for now and Leonard figures to rack up at least a dozen “load management” nights off, so betting the over on their season win total (56.5 at DraftKings at a tasty +150 price) is a dangerous game. But they have the shortest title odds for a reason.

There’s a case to be made, though, that with the Eastern Conference looking on paper like a two-team race between Milwaukee and Philly, the best bet is to pick the team you like there and put money on them to beat a banged-up Western Conference survivor in the finals — as the Raptors did last year.

Is there a longer shot worth considering? If you think Thompson will return by season’s end near full strength, Golden State at 13/1 is intriguing. (Though coach Steve Kerr is currently saying not to count on Klay.) Denver at +2000 with a team that won 54 games and a playoff round last year has that under-the-radar-threat feel. And could the Celtics make one midseason move to put themselves back on equal footing with the Bucks and Sixers? As currently constituted, Boston probably isn’t a title contender. But a few teams will have very different rosters in April than they do in October.

As ESPN’s David Payne Purdum reported after surveying numerous sportsbook operators, the Lakers are the most public title team (meaning you won’t get anything too close to true odds on them), and the Sixers are the favorite team at the East Coast books.

Speaking of those East Coast books, some people just love to throw money away betting on their favorite team. Don’t be one of those people.

More bets have been placed on the New York Knicks to win the NBA title than 16 other teams, including the Heat and Pacers, at @FDSportsbook.
A bettor just put $1,300 on the Knicks to make the playoffs at +950 at FanDuel.

Using the odds at FOX Bet in Pennsylvania (again, shop around for the best possible price if you can), here are the top 10 MVP candidates:

The advice with this one: Don’t get cute. So many of these players are on two-superstar teams, which means splitting stats and splitting votes. Leonard (who’ll rest a lot also) and George make each other longshots. Same for LeBron and AD on the Lakers and Harden and Westbrook on the Rockets.

Also, +1800 on Embiid might look like a favorable payout, but even if he stays healthy, the Sixers’ big man is unlikely to play more than 70 games — and when does suit up, he’ll play fewer minutes than he did last year. The addition of Al Horford gives Philadelphia flexibility up front, and the team’s biggest goal this season is to get Embiid to the playoffs healthy.

So that leaves just three names among the top 10 where the price is about right. Giannis is the logical choice, and even at a modest +250, a repeat for last year’s MVP is reasonable value. Curry has a chance to put up gaudy numbers as the chief scoring option for the Warriors, as his years of frequently deferring to Durant are over. This is Steph’s team again, and if he carries them to 50-plus wins, he could capture his third MVP award. And if you want a big return on your money, Jokic is your guy. Last year, he averaged 20.1 points, 10.8 rebounds, and 7.3 assists. He turns 25 this season. He’s constantly improving. Is it crazy to think he can post a 22-12-8 while leading the Nuggets to the NBA’s best regular-season record?

If you insist on going off the board, here are three options outside the top 10:

Rookie of the Year

Until a few days ago, there wasn’t much to discuss here. Then Zion got gimpy. Now this thing is wide open.

Here are the odds on the top 10 ROY candidates at BetRivers in Indiana:

Williamson is expected to miss six to eight weeks, which means between 20-27 games. If he plays in that 55-62 game range, well, that’s not enough for an MVP contender, but it’s more than enough to win ROY. Joel Embiid played a mere 31 games in 2016-17 and still finished third in the voting. Anything over half a season should be enough, if Zion establishes himself as the premier talent in this rookie class.

But Barrett at 5/1 in the biggest media market on a lower-rung team without an overabundance of scoring options might be worth a flyer. If you want a longer shot, perhaps the rookie who turned the most heads during the preseason is worth considering:

Dude had zero chance of being MVP anyway. Jump on some Tyler Herro for ROY now. https://t.co/bBwnLBV1vr

Herro’s odds have come down quite a bit — you could get him at 20/1 or more immediately after the Zion surgery news broke. But many experts still see him as the best value on the board at 14/1.

The sheer number of NBA futures betting options is overwhelming, including who will win each division, who will be the No. 1 seed in each conference, over/unders on wins for every team, and will/won’t make playoffs bets for all 30 squads.

Casino Industry’s Image Better Than Ever — How Much Is That Due To Legal Sports Betting?

Zero To 60: Sports Betting Preview For The Small-Sample-Size MLB Season