As Moneymaker Enters The Hall Of Fame, Poker Gets A Moneymaker-Free WSOP Final Three

There's a lot of talent remaining among the WSOP Main Event's final three players, and this year's champ won't be a poker "everyman." 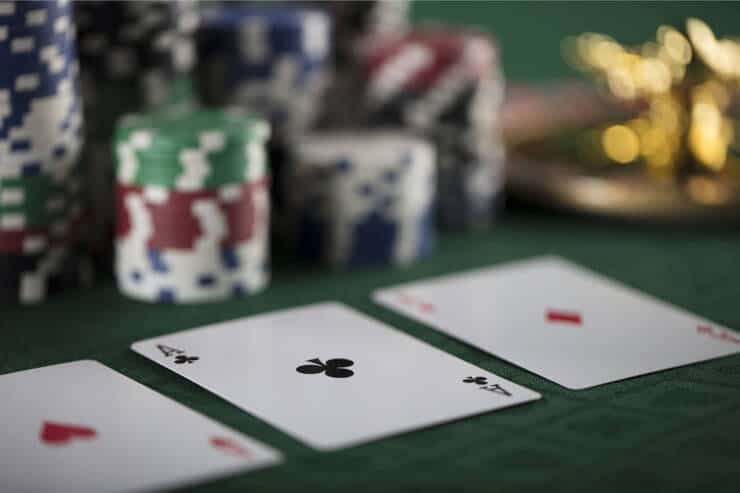 Part of the allure of poker, part of what draws people in and convinces them to give the game a try, is the “I could do that” factor.

You don’t watch Novak Djokovic and Roger Federer paint the lines for five hours at Wimbledon and say, “I could do that.” (Unless you’re delusional.) You don’t watch Pete Alonso and Vlad Guerrero Jr. blast one 400-foot homer after another and say, “I could do that.” But when you watch a poker player get dealt A-K and four-bet all-in with it to chip up at the final table of the World Series of Poker Main Event, viewers of all skill levels think to themselves, I could do that, and most of them are right.

The living, breathing embodiment of this principle is Chris Moneymaker, the 2003 WSOP champ who inadvertently qualified for the tournament in an online satellite, sold pieces of himself to guarantee he’d have something to show for what he assumed would be an early exit, ended up busting Johnny Chan and Phil Ivey, ran the bluff of a lifetime on Sammy Farha, and won $2.5 mm (before taxes and payments to his backers).

Moneymaker was good at poker, but not that good at poker. He certainly wasn’t the best player among the 839 in the field, but he won anyway, through just the right combination of skill, instinct, guts, and luck. And so a dream for tens of thousands of theoretical future world champions was born: If I practice a little, study the game, and catch the right cards, I could do that.

The 2019 WSOP Main Event played down to three players on Monday night, from a starting field of 8,569, more than 10 times what Moneymaker faced. When there were five players remaining, the 2019 Poker Hall of Fame inductees were announced. And in his third year of eligibility, Chris Moneymaker was voted in (along with high-stakes pro David Oppenheim).

Two eliminations later, all of the Moneymaker types in this year’s Main Event had been felted.

What we’re left with are three outstanding players, any of whom would make exceptional, deserving champions. There isn’t a Moneymaker in the bunch. Sure, some viewers will watch the final hours of play tonight and think to themselves, I could do that. But most of them will be almost as delusional as that couch potato telling himself the same thing about Djokovic and Federer.

Monday night saw probably the two most Moneymaker-like players to make the final table eliminated in fourth and fifth place.

Kevin Maahs was the first to go out, after losing a coin flip with A-10 suited against pocket nines. The amateur from Chicago was annoyingly slow to make obvious folds, repeatedly wasting everyone’s time by asking for chip counts. He quickly became the easiest player at the final table to root against. But he was also the easiest player for a casual viewer watching on ESPN to identify with. The “I could do that” crowd could absolutely watch this year’s tournament and convince themselves, “I could finish in fifth place.”

Next to go, just minutes later, was Garry Gates, who had the misfortune of picking up pocket sixes in the small blind with a short stack, only to run into pocket queens in the big. Gates has plenty of poker skill and experience and was by no means overmatched at this final table. But his story — from poker reporter to PokerStars employee to the final table, clearly the sentimental favorite of the crowd at the Rio and the poker community, especially in America — gave him a bit of a Moneymaker-like underdog feel.

And Moneymaker himself was rooting for Gates.

Minutes after he was bounced in fourth place, ESPN’s Kara Scott asked Gates, who was second in chips at the start of the day, where it went wrong.

“I don’t think it went wrong at all, honestly,” Gates said. “Fourth place in the World Series Main Event? You gotta be kidding me.”

How could you not love this guy?

And then there were three …

With Gates and Maahs gone, all that remains are, well, probably the three best players at the final table. Milos Skrbic, who had nearly $1.6 mm in prior career earnings but came in as a short stack and finished ninth, might dispute that. But Skrbic aside, Hossein Ensan, Alex Livingston, and Dario Sammartino were the top three among the final nine in career live tournament earnings entering the Main Event:

In terms of current chip counts, here’s how they stack up:

Germany’s Ensan has been putting on a master class in how to play the big stack. He applies relentless but not reckless pressure. And he’s been helped in some of the later stages of the tournament by others getting reckless against him at the wrong times. Patient but aggressive, Ensan has held the chip lead throughout the final table, rarely making a misstep. At 55, he’s poised to defy Dan Harrington’s 2003 prediction that nobody over 40 will ever win this tournament again.

Canada’s Livingston is a guy who’s been here before. Or almost here before. He finished in 13th place in 2013. The 32-year-old poker pro and Tufts University almost-grad played brilliantly on Monday without the benefit of a huge stack like Ensan. He just chipped up, made the right moves at the right times, and then picked up pocket queens on the final hand of the day to cross the 100-million-chip mark.

Italy’s Sammartino was the closest thing there was to a recognizable name at this final table. He’s somewhere high on the list of “best players never to win a bracelet,” poised on Tuesday night to either remove himself from that list or elevate to the very top of it. Another 32-year-old, Sammartino overcame the flu on the early days of the tournament and a lack of chips throughout the final table to remain in the hunt. His river call with just queen-high last night should have been a no, you couldn’t do that moment for viewers.

Play continues tonight at 5:30 p.m. Las Vegas time, airing on a half-hour delay starting at 9 p.m. ET on ESPN. The players have 163, 60, and 33 big blinds, respectively. Barring coolers, this could take a while. If last year’s final table taught us anything, it’s that you should set your DVRs to run way, way over.

Whoever emerges with all the chips, the bracelet, and the $10 mm top prize will be a worthy champion.

Whether he can then become as great an ambassador for poker as the newest Hall of Fame inductee will be up to him.