‘There’s no reason for us not to break the all-time Main Event record,’ exec says 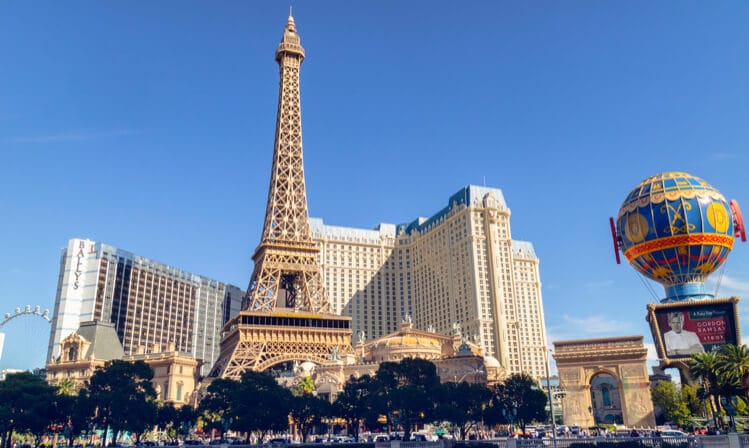 At a press conference in late May preceding the start of the 53rd annual World Series of Poker, Lon McEachern, the television voice of the event for the last two decades, compared the casinos that have hosted the game’s trademark tournament series to famous ballparks.

Binion’s Horseshoe, the original home of the WSOP in downtown Las Vegas, was “the Wrigley Field of poker,” McEachern said. He equated the Rio, which took over in 2005 as the game exploded post-Moneymaker and continued to house the WSOP through last fall, to San Francisco’s beloved but now defunct Candlestick Park.

The 2022 edition gets underway this week at not just one new venue but two, with Bally’s and Paris on the Vegas Strip sharing the honor — and McEachern calling them collectively “poker’s new Yankee Stadium.”

The Bronx Bombers managed to win the other World Series in their first season in their current home. We’ll soon find out whether this World Series can similarly hit it out of the park.

Certainly, among the team at the WSOP, expectations are high.

Added WSOP Executive Director Ty Stewart: “Being here, on the Las Vegas Strip, across two resorts no less, it’s a key milestone, important milestone, for this event and for poker overall. After 52 years, we’re finally a headliner, baby.

“We’re now positioned to be a total Las Vegas experience, not [just] a poker tournament.”

“It’s history in the making, when you take the most iconic poker brand, with the legendary Horseshoe, [to] the 50-yard line of the Las Vegas Strip,” Gregorec said.

The first of 88 scheduled tournaments was set to start at 11 a.m. Vegas time Tuesday, with reality TV star Lisa Vanderpump performing the ceremonial call of “Shuffle up and deal!” before the opening hand. Plenty of unique tournaments stand out over the course of this month-and-a-half-long extravaganza, but the biggest focus is always on the $10,000 buy-in no-limit hold’em Main Event, which this year runs from July 3-16.

Coming out of two COVID-impacted years that affected the tournament structure and the participation numbers, Stewart was not shy about his prediction for the masses that will flock to the Strip this July.

“I will be on record that this year I’m taking the over on 8,774 — there’s no reason for us not to break the all-time Main Event record,” Stewart said, citing a line one player above the record that has stood since 2006, when the final pre-UIGEA tourney drew 8,773 players. “I expect that we will do it. From what we’ve seen in trends around the world, we know there’s pent-up demand. … This should be the record.”

Two possible counterpoints to consider: There is a sizable overlap between poker enthusiasts and cryptocurrency investors, so the recent crypto crash could tighten up some poker bankrolls; and COVID has repeatedly proven itself unpredictable (see the current wave of a highly contagious variant), so any folks assuming the virus will be a non-issue in July are setting themselves up for potential disappointment.

On the final pre-WSOP episode of DAT Poker Podcast, co-hosted by six-time bracelet winner Daniel Negreanu, the various hosts all predicted numbers between the mid-7000s and the mid-8000s.

Stewart teased at the press conference that there is a special Main Event bracelet in the works for this year’s winner, but he wouldn’t give spoilers about what exactly will make it stand out from all other wristwear.

From the front row to the cheap seats

PokerGO will stream 21 bracelet events, including the Main Event — on a slight delay, of course, so players can’t gain access to their opponents’ hole cards in real time.

WSOP Vice President Jack Effel promised more dealers than ever before — over 1,000 — and more tables than ever across the two venues, with 582 at last count.

While the multiple new locations will surely cause some confusion as players adjust to the various ballrooms and updated procedures, the World Series made an effort to prepare participants by releasing a brief video hosted by McEachern and Chad:

Further information and updates are available via the WSOP Twitter account, which is once again being manned by indefatigable poker journalist Kevin “KevMath” Mathers.

Other odds and ends of note: