From a FanDuel glitch to a Fox takeover, these events have shifted the paradigm for the legal sports betting industry. 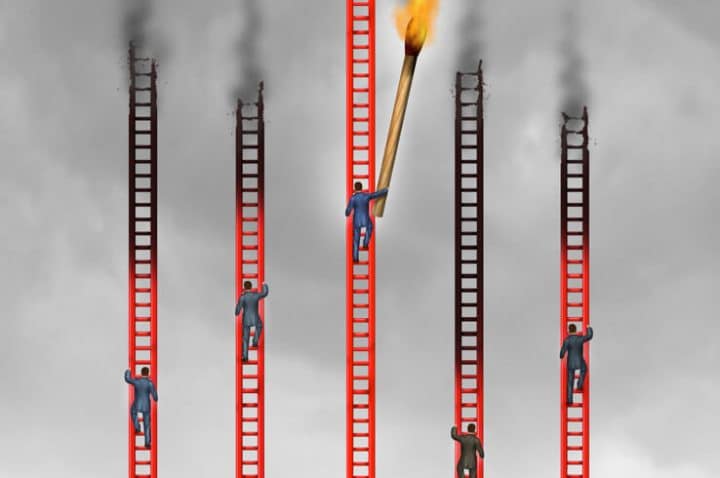 It was one year ago today that the Supreme Court came to a decision on the Professional and Amateur Sports Protection Act of 1992, declared it inconsistent with the Constitution, and issued these critical nine words about sports betting: “Each state is free to act on its own.”

And act many states did.

In the past 365 days, seven new states have taken legal single-game sports bets for the first time, while another seven jurisdictions (including the District of Columbia) have legalized sports wagering and are at various stages of working toward being ready to post odds and take action. One additional state is waiting on its governor’s signature, and several others have legislation winding its way through their respective systems.

Since PASPA was ruled unconstitutional, more than $8 billion has been bet legally on sports in the U.S., including more than $1 billion in the month of March alone. And Nevada’s numbers haven’t been hurt one bit by all the “competition.”

The game done changed. And it changed more in the first year than a lot of people expected it to. (Especially people who watched the online poker/casino landscape expand at a glacial pace from 2012-’18.)

Every evolution contains revolutionary moments. So as we celebrate the anniversary of PASPA getting picked off, we offer a look at five events that have shaped or re-shaped the direction of legal sports betting in America. Presented chronologically, here are those moments that shifted the paradigm, rewrote the rules, or just plain changed the game in ways that could reverberate for years to come.

About a month and a half after New Jersey Gov. Phil Murphy placed the state’s first legal sports bet, at the William Hill Sportsbook at Monmouth Park, the modern era of sports gambling truly began. Monday, Aug. 6 was the day when, if you were located within the state’s borders, DraftKings Sportsbook opened for business on your computer, tablet, or cell phone.

By the end of the calendar year, online and mobile books were generating about 80% of New Jersey’s sports betting handle, and leading the way were the two that launched first and second, had built-in brand recognition, and had apps on thousands of New Jerseyans’ devices long before PASPA got tossed: DraftKings and FanDuel. The titans of the daily fantasy sports industry are also the titans of the Garden State’s mobile sports betting industry.

FanDuel Sportsbook has moved into the lead in 2019, but DK will always get to say it was first. And with the two of them, plus PointsBet, BetStars, Play Sugarhouse, Golden Nugget, 888, William Hill, and several others, New Jersey is blazing the trail and showing other states that tapping and swiping is critical to tapping into your market potential.

The major sports leagues made a big, loud show about how opposed they were to sports betting … until the opportunity arrived to get in on the cash flow.

MGM Resorts signed a deal in August to become the “official gaming partner” of the NBA (and WNBA), an agreement reportedly worth upward of $25 mm to the league. That partnership set the blueprint; over the next few months, MGM made additional deals with MLB and the NHL, the NFL partnered with Caesars, FanDuel hooked up with the NBA and NHL, William Hill made deals with the NHL and two of its teams, and various other NBA and NFL teams — mostly in sports betting states — got in on the act.

On the one-year anniversary of the Supreme Court decision, ESPN and Caesars announced a groundbreaking partnership. It doesn’t quite fall into the same genre as the leagues making deals with the casinos, but it’s an extension of the same principle, and a further illustration of the kind of money legal betting is injecting into the sports economy.

The leagues have come a long way from suing New Jersey for trying to legalize sports betting and then fighting for every possible penny of “integrity fees” or “royalties” as the vertical went legal.

On second thought, maybe they haven’t.

Bottom line: The leagues are motivated by money. The NBA-MGM partnership was just one important example of those leagues figuring out how to make some of it.

September 16, 2018: FanDuel glitches, then gets generous

The early days of driving on the legal sports betting streets figured to include a few pot holes. But this one was more like a bridge collapsing.

Early in the NFL season, the Broncos were driving late in a game with the Raiders, about to attempt a 36-yard field goal for the win. The odds on Denver should have been -600. Instead, at FanDuel Sportsbook, both live at the Meadowlands and via their interactive site and app, a momentary glitch had the Denver moneyline at +75000. A handful of bettors pounced on it, including Anthony Prince of Newark, who got down $110 to win $82,000.

The precedent in other countries for obviously erroneous odds like this is to void the bets. But Prince made a public stink, the bad press started to spread, and FanDuel, to the satisfaction of the New Jersey Division of Gaming Enforcement, went the other way and paid all Broncos bets and used the occasion as an excuse to hand out another $82,000 in customer giveaways.

It proved a critical moment for publicity and awareness of legal sports betting, but perhaps the more lasting impact is in how FanDuel’s decision sparked a trend of sportsbooks handing out unearned money for purposes of positive PR. Not everybody loves the idea of treating losing bets as winners, or at least of refunding them in the form of site credit and “free bets,” but it has proved a hallmark of these first several months of the hotly contested online sportsbook customer acquisition wars.

Of all the states that have legalized sports betting post-PASPA, it is Tennessee’s approach that is the most eye-catching and potentially impactful. The Volunteer State, you see, has no casinos. It won’t even be setting up betting kiosks. Tennessee has passed a bill that calls purely for online and mobile sports betting.

It’s not a perfect bill: The tax rate is on the high side at 22.5% (although overhead costs are much lower without land-based sportsbooks); the bill requires books to purchase “official league data” in order to grade in-game wagers, thus ending the leagues’ winless streak and potentially emboldening them in their pursuit of direct fees; and prop betting on college games is not allowed.

But all of those details pale in comparison to the fact that Tennessee is fully embracing digital sports betting. Many states have been slow to come around on the importance of mobile betting; they’re complaining that revenue expectations aren’t being met while failing to admit that those expectations assumed they’d be progressive enough to legalize statewide online betting. Tennessee has gone the other way. Now even states with no casinos will take notice of the opportunity in front of them.

This news barely snuck in under the Year One wire, but it’s huge. Media giant Fox now owns a 4.99% stake in PokerStars’ parent company, and the company has announced that Fox Bet is coming soon.

In states without legal sports betting, that means an app on which you can get your feet wet with free-to-play sports gambling games. In states with legal betting, it means there’s going to be a real-money app with a whole lot more brand recognition and reach than DraftKings, FanDuel, MGM, Caesars, or anyone else.

There are a variety of business-side details here that could prove highly impactful, from Fox having the opportunity to up its stake in The Stars Group to 50% down the road, to assorted advertising and editorial integration rights.

But the real game-changer is the direct access to the customer. Imagine this fall, you’re in a state with legal mobile sports betting, watching an NFL game on Fox. The Seahawks are at midfield in the fourth quarter trailing by four points, Dick Stockton notes that they’re currently +180 to win the game on Fox Bet, and Troy Aikman adds that all new customers get a $100 free bet. The result would be a digital stampede of sign-ups and deposits.

Fox is the first mainstream company to announce plans to launch its own betting site, but it won’t be the last. It’s staggering to think about what this industry is going to look like two years after the fall of PASPA.