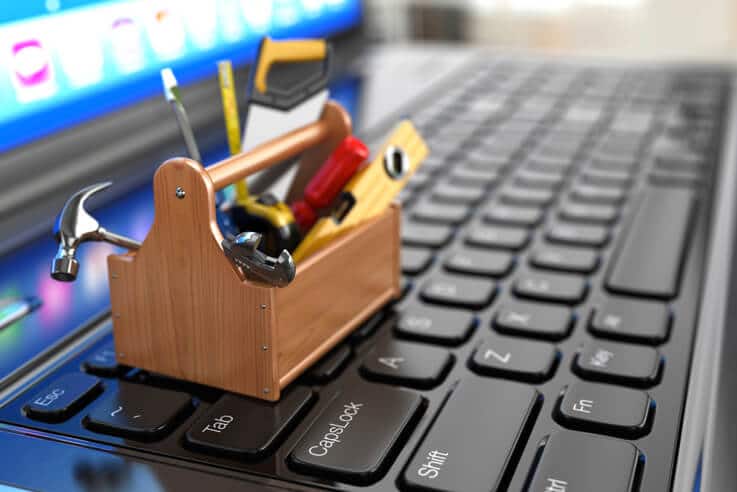 There is no magic formula to making money betting on the NFL. Oh, sure, there are people who want you to believe there’s a magic formula. But you can’t believe much of what you hear from someone asking you to pay money for winners.

At the risk of overgeneralizing, “touts” are a scam. That said, smart money exists. There are bettors who have proven capable of beating the house. But they aren’t usually out there barking at you, selling their picks.

Although nobody can guarantee winners, there are resources out there that can guarantee information, and information, applied properly, leads to a better chance of winning. That “the more you know” slogan NBC used to use to teach social and moral lessons? It applies to sports betting.

So, in that spirit, here are five resources — people, websites, apps — who can help you with the “smart” part of smart money.

If you don’t know what DVOA stands for (it’s Defense-adjusted Value Over Replacement), you clearly haven’t been paying much attention to the statistical revolution in sports. Football Outsiders provides a bevy of statistics that nobody had heard of prior to their its in 2003, and DVOA is the most well-known and all-encompassing.

Football Outsiders defines DVOA as measuring “a team’s efficiency by comparing success on every single play to a league average based on situation and opponent.”

There are old-school fans and journalists who hate it, who’ll point out every time DVOA doesn’t seem to match up with wins and losses, who’ll criticize that last year’s Super Bowl teams, the Eagles and Patriots, finished fifth and sixth in DVOA and that DVOA alone would have told you we were getting a Saints-Steelers Super Bowl.

It’s up to each individual to decide what stats they trust and how much to factor them into betting. This Sunday, the current No. 4 team in DVOA, Cincinnati, is a 5-point underdog on the road against the No. 27 team, Atlanta. It’s just one game, but it’ll serve as a tiny-sample-size test of DVOA’s real-world application.

Regardless of where you fall on the sabermetrics debate, Football Outsiders’ stat nerds are at 15 years and counting of crunching numbers that can give you an edge. They have “premium” content that they charge for (a subscription is $50 a year), but there’s also plenty of free info and rankings on their website that can help bettors find exploitable lines.

Last week we reviewed Fox Sports 1’s new gambling-focused daily show Lock It In, and we pointed out that Fuhrman, one of the panelists, has been crushing his predictions and building a consistently bigger (pretend) bankroll.

A lot of that success is of the short-term variety, as it is with everyone who makes picks — it’s a streaky business. But Fuhrman is a guy who has credentials: He was named senior race and sports analyst for Caesars at age 29 before jumping to the other side of the counter and becoming a podcaster and TV gambling expert.

His picks are worth following. But so are his basic life tips regarding betting:

One of the greatest skills you can master as a sports bettor is improved reading comprehension; being able to comb through countless articles trying to find 1-2 tidbits that ultimately become actionable elements is invaluable

In a world full of hucksters screaming that they have all the winners, people who provide sound advice without screaming are to be valued. Fuhrman is an industry insider who knows his stuff and instead of telling you that over and over, he shows you.

With an app that just hit the Apple Store this week, SharpSide is a one-stop shop for lines across all sports and bet tracking. But what really make the RotoGrinders-affiliated product unique is its ranking of sports bettors.

Coming back to the idea that salesmen who’ll fudge the math on their sports betting success rates are not who you want to rely on, essentially what we have here is a way for bettors to get an accurate sense of who the real sharps are.

If you play fantasy sports, you know how indispensible breaking news and injury reports are. Minute-to-minute developments are less essential in sports betting, but every little advantage helps. If you know Aaron Rodgers isn’t suiting up and can place a mobile bet before the lines adjust, you might just have yourself a valuable edge.

In the Twitter age, there’s no excuse for being even 30 seconds behind if you’re serious about sports gambling. And while there are countless accounts you should be following, the king of breaking NFL news is probably ESPN’s Adam Schefter.

Unlike Fuhrman, Schefter isn’t going to use his platform to suggest how to bet your money. He simply provides information. It’s up to the bettor to decide how to use it.

How important is it to know who are the NFL’s fastest ball carriers or who’s responsible for the fastest sacks? And how many NFL fans even know what “Incredible YAC” is? (It’s a determination of the difference between a ball handler’s yards-after-catch and his expected yards-after-catch assuming normal tackle-breaking ability.)

NFL.com’s Next Gen Stats vertical is arguably more a fun resource than a vital resource for sports betting. But the difference between success and failure as a sports bettor, especially over the long haul, is often in the margins. Depending on the vig, you typically need to win about 52-54 percent of the time in order to be profitable. So every little fraction of a percentage point counts.

As with all the resources noted in this article, Next Gen Stats provide an opportunity to get ahead of the curve, but it’s up to the bettor to put in the time and effort to sift through the stats and apply them correctly.