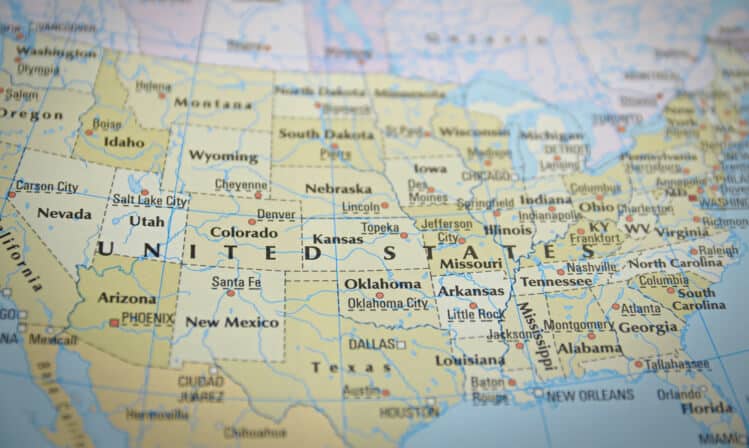 In 2011, the U.S. Department of Justice clarified that the Wire Act of 1961, which banned gambling across state lines, only applied to sports betting. In 2018, the same body declared that it applied to any form of gambling. In 2020, a federal judge ruled that the more limited 2011 interpretation ruled the day. A 2021 judicial panel agreed — mostly.

So does that mean that the parameters on gambling on the internet are settled? A panel of experts at Sunday’s National Council of Legislators from Gaming States (NCLGS) meeting in Boston informed the audience that was not necessarily the case — whether they wanted to hear it or not.

Mark Hichar, a shareholder in the prominent Greenberg Traurig law firm who has written extensively on the law that dates back to the Kennedy administration, explained that in 2005 lawmakers in Illinois sought clarification on whether the Wire Act would prevent them from extending its lottery to the internet. The initial response was that such gambling offerings would be illegal.

But in 2011, the DOJ issued an opinion that the Wire Act — established half-a-century earlier in an effort to stifle organized crime — only prohibited sports betting that crossed state lines, thus making it a federal point of contention. That led to Illinois, Georgia, and other states offering iLottery play, and the issue seemed settled — until 2018.

At that point, the DOJ reversed its 2011 opinion, declaring that any gambling that crossed state lines was barred by the 1961 federal law. The department also instructed all federal prosecutors to adhere to the new opinion.

The technological details of how any lottery ticket was issued — even intrastate lottery tickets — became a potential issue because such a ticket could possibly be interpreted as “crossing state lines.” The New Hampshire Lottery decided in 2019 to challenge the new edict, and a federal judge upheld the lottery’s interpretation — while also declaring that the 2018 opinion be voided. A federal appeals court panel agreed, for the most part, in 2021 — except that it did not agree that the previous opinion was void.

“As a result, arguably the 2018 opinion is still in force,” Hichar said, outside of the First Circuit Court of Appeals and the New Hampshire Lottery.

Or as a post on the website of the prominent Gibson Dunn law firm put it at the time, “It is important to note, however, that as a formal matter, the First Circuit directly binds the Department only with respect to the named parties in the lawsuit. It also precludes, as a matter of binding precedent, any attempted prosecutions within the First Circuit that are based on the interpretation advanced in the 2018 opinion. The Department could, however, adhere to its 2018 interpretation in other federal circuits, and pursue prosecutions of online lotteries and other non-sports gambling operations in defiance of the First Circuit’s interpretation.”

The DOJ was free to appeal the court ruling to the U.S. Supreme Court, but it did not.

The current state of affairs

Steve Geller, the general counsel for NCLGS, said: “In my belief, the current state of sports betting is based more on what people want the law to be, instead of what the law actually is.”

For instance, New Jersey‘s U.S. Supreme Court victory in 2018 — which voided the objection of the NFL and four other sports entities, thereby allowing sports betting in any state that wanted it — did not wipe out the Wire Act.

Geller added that based on the literal language of that act, with any form of online sports betting, “it’s very clear that when you get on your wireless device, that your signal is leaving your state.”

An unrelated case about a bomb threat, Geller noted, led to a federal conviction even though the defendant called from his cellphone from a location only two blocks away.

“I believe all of these attempts at wireless sports betting seem to violate the Wire Act,” Geller concluded. “I think [sports betting] should be limited to in-person. Now, do I think Congress should change the law? Absolutely. But until they do, I think we are bound by [the Wire Act].”

Tres York, the senior director of government affairs for the American Gaming Association, said that its 70-plus members do not always agree on policy matters — including online sports betting.

“We had some internal disagreement among our members, so we had to tread a little bit lightly in many instances,” York said. “Today, I think we are in a different place, where our members have embraced — or at least accepted — that mobile sports betting inevitably is going to be a significant part of the future of the gaming industry. And, obviously, legal certainty for legitimate operators is extraordinarily important.”

Does that mean it’s time to seek further clarity from the federal government?

“At the present time, I don’t think that there is a consensus view among the broader gaming industry on whether it’s the appropriate time to go to Congress and ask them either to repeal the Wire Act or to amend it in some fashion,” York said.

Congress dipped its toes into the water

Mark Schauer, a former Michigan congressman, said that in 2015, U.S. Sen. Lindsey Graham sponsored “The Restoration of The Wire Act” — with bipartisan support — to clarify that any internet gambling be prohibited. But by then, Nevada, New Jersey, and Delaware had authorized online poker — and in the latter two states, numerous forms of other online casino gaming.

The act also included a provision specifying that traditional lottery sales would not be impacted. But Schauer said that when Rep. Jason Chaffetz, a Utah Republican, left Congress in 2017, followed by the death of online gambling opponent and billionaire casino mogul Sheldon Adelson in January 2021, efforts to ensure more restrictive interpretations of the Wire Act died as well.

Schauer said his sources tell him that in the current political environment in Congress, there is no push at all to address the true meaning of the Wire Act. Hichar added that lawmakers often struggle to understand the technological details of the internet, initially leading them to draft a bill that likely would have unintentionally led to a shutdown of intrastate lotteries — a source of countless billions of dollars in education funding in many states.

The best opportunity for clarity, Schauer said, would be for U.S. Attorney General Merrick Garland to address the matter. But Schauer dryly noted that Garland “has a lot on his plate” and that election considerations will inevitably come into play both this year and during the next presidential election cycle.

Geller said that consideration of limiting sports betting to brick-and-mortar sites might best be looked at for lawmakers in the sense of job creation — with online gambling employing far fewer local residents.

“That is one of the fundamental reasons that people justify [legalization of] gambling,” Geller said.

What if a group of states wanted to form a collective in an effort to detect possible match-fixing in many jurisdictions, and to try to prevent money laundering? Geller said he didn’t believe such an agreement would violate federal law, though he conceded that “there is no clear legal answer.”

Hichar agreed that it would be unwise to assume there is no risk to states in making such an effort, but he added that the 2018 Supreme Court opinion that allowed all states to offer sports betting should bring “some comfort” to the concept of multi-state cooperation on gambling regulation.

Still, Hichar told US Bets following the panel discussion that if states elect to share data for sports integrity purposes, “I can’t imagine anybody being prosecuted.” However, he reiterated that “there are no sure things” when it comes to interpretation of the Wire Act.

Online poker among issues in limbo

Delaware, Nevada, New Jersey, and Michigan have an online poker compact that enables gamblers to compete against peers in any of those states. And after several years, the federal government has yet to intervene in spite of the ambiguous online gambling environment.

Hichar said that the initial poker compacts relied on the less restrictive 2011 opinion. He added that a large sports betting site such as DraftKings has an “eWallet” — so that if a consumer has an account in one state and then tries to log in to another state where DraftKings operates, that customer can bet in that state using the same funds.

Schauer noted that the current, more conservative composition of the Supreme Court seems to be tilting more toward “states’ rights” as a core principle. That could mean that federal intervention efforts on virtually any issue isn’t certain to be welcomed.

Geller said he was “surprised” that the Biden administration has not upended the Wire Act interpretation of the Trump administration’s Justice Department, which voided the earlier conclusion reached during the Obama era. He added that in the event Trump was elected again in 2024, it’s likely that the broader interpretation of the Wire Act on restrictions on online gambling across the board would almost certainly be put in place.

“For the most part, gambling has been left to the states — which is where it belongs,” Geller said.

Phil Sicuso, chairman of the Gaming Group for the Bose McKinney & Evans law firm, said that the inarticulate language of the Wire Act — which has been noted by more than one federal judge — has led to a result where “no one knows what the hell it means.”

“And fixing it, especially in Congress right now, is virtually unworkable,” he added.

York said that, ideally, federal intervention would mean strong efforts to crowd out illegal offshore sports betting sites. But the panel’s sentiment was that congressional intervention, however unlikely, could wind up being a net negative. So the current and rather ambiguous status quo seems likely to remain a reality for the entire online gaming industry, at least in the near future.