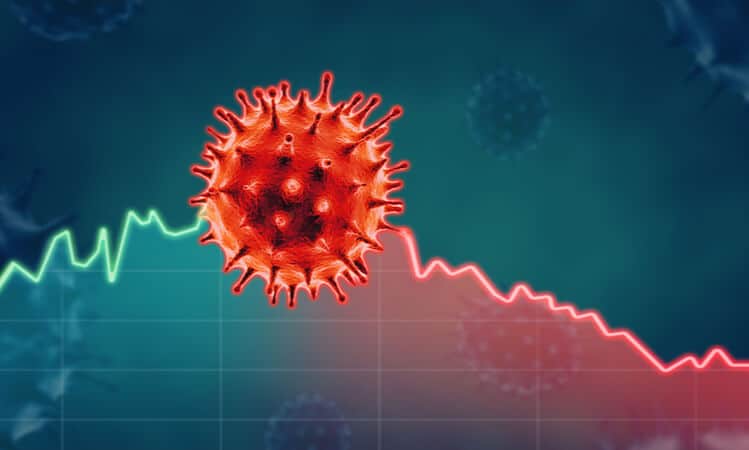 As expected, the commercial casino industry’s annual recap of the state of the U.S. market showed a lot of negative numbers due to the COVID-19 pandemic that shut down every brick-and-mortar casino in the country at one point in the first half of 2020.

The American Gaming Association on Thursday released its “State of the States” report detailing how commercial casinos fared in what was a doozy of a year. Nationwide winnings from gamblers fell 31.3% year-over-year to $29.98 billion, the lowest haul for the casinos since 2003.

State impacts varied greatly based on their respective responses to the pandemic. Some states kept casinos closed longer than others. Capacity restrictions also varied by state. Politics also played a role.

AGA President Bill Miller said in a statement that the industry “faced enormous challenges” last year. After successful lobbying from the AGA, casinos were able to receive federal assistance during the pandemic.

The silver lining for the industry is online gambling, in particular sports betting. The pandemic struck while the industry was enjoying the state-by-state legalization of sports betting, which helped some of them offset losses. Some states also allow online casino games in the mix.

New Jersey and Pennsylvania both were well below the national average of a roughly 31% year-over-year fall in gaming win. The Garden State casinos saw their winnings fall 17% to $2.88 billion, while the Keystone State casino industry fell 21% to $2.69 billion.

New Jersey, which has an older online casino market than Pennsylvania, saw its casino websites/apps generate $970 million in 2020, up more than 100%. Atlantic City retail casinos saw their winnings plummet more than 43%, far worse than the national average. New Jersey continued its sports betting dominance as well, with retail and online books generating $398.5 million in winnings, up more than 33%.

The AGA report didn’t include data on the virus’ impact on tribal casinos.

Online betting provided gaming industries in a handful of states a major source of revenue to stop the bleeding to some extent. This hasn’t yet caused a wave of new states looking at online casino/sports betting, as legislative action this year has been relatively quiet compared to the first two years after the U.S. Supreme Court repealed the Professional and Amateur Sports Protection Act of 1992.

But there have been some major developments this year. Both New York and Florida have taken massive steps toward online sports betting, but the ultimate arrangement (and success) of their respective industries is still up in the air. Texas this year made some unprecedented gestures toward sanctioning sportsbook apps, though efforts there stalled once again. Connecticut, though a small market state in the Northeast, is also poised to have a broad menu of online gambling after movement this year.

The casino industry currently has a lot of attention on Ohio, as it is one of the largest untapped online sports betting markets outside of the big four (California, New York, Florida, and Texas). That’s not to say the pandemic is the reason why Ohio is moving on online sports betting.

A key reason why states haven’t rushed into allowing online casinos after such a red year for gambling is because there’s still a need to get the retail industry back on its feet first. The pandemic isn’t over. Many states still have capacity restrictions. Online casino efforts should gather more steam in the next few years once COVID-19 is more in the rear-view mirror and its financial impact is better understood.