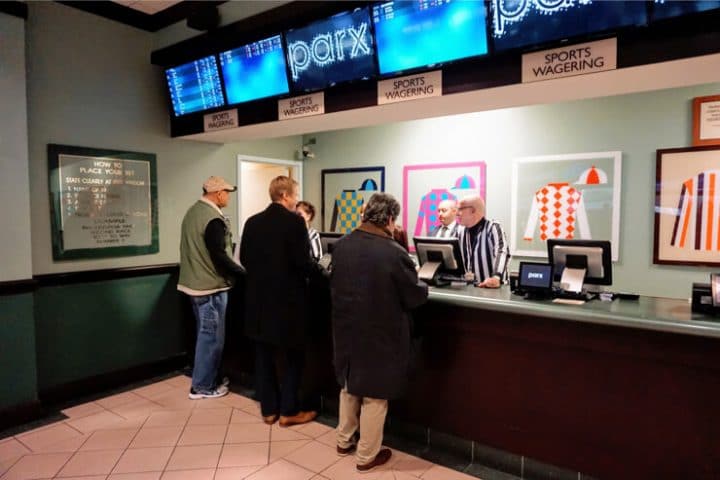 A study released by the American Gaming Association last week revealed that 49% of American adults have a favorable view of the casino gaming industry, the highest that number has ever been.

And this isn’t some modest incremental gain. A year ago, that number was a full four percentage points lower.

What has changed? Well, a lot. The gaming industry is constantly evolving and expanding.

But most notably? Sports betting.

Two years ago, legal, regulated single-game sports betting was available in one state only. One year ago, in October 2018, there were six states with legal sportsbooks: Nevada, Delaware, New Jersey, Mississippi, West Virginia, and New Mexico. Now we’re up to 13, with Oregon the latest to launch.

It’s impossible to say how much of the single-year increase from a 45% favorable rating to a 49% favorable rating can be ascribed to the rapid growth of sports betting access. But representatives of the AGA do believe it’s been a huge factor.

“The more people are exposed to [the gaming industry], the more they understand our business,” AGA Senior Vice President of Strategic Communications Casey Clark told US Bets during an interview on the Gamble On podcast. “So I think what we’re seeing is some of the impressions in the industry are evolving just as the industry has, and I think sports betting is opening up new markets where people are actually seeing that we’re not the stereotypical gaming industry that maybe they thought we were.”

Differentiation between sports and casino

Another survey released recently showed that about 80% of Americans now support legal sports betting. That underscores an observation Clark is making: To many people, sports gambling and casino gambling are two different animals, and one is far more acceptable in their minds than the other.

“When you look at the data,” Clark said, “people differentiate sports betting from other kinds of wagering. They think sports wagering is just fine, but when you ask them about gambling, it’s historically been a pretty low approval rating.”

On Gamble On, Clark was asked why states are zooming right along with online sports betting legislation while online casino gaming, theoretically available to be legalized state-by-state for almost the entire decade, is only offered in a number of states that could be counted on one hand.

“I don’t know what the rationale is on the policy side,” he noted, but image-wise, “I think it’s stereotypes. I think people are nervous about what it would look like if you opened up, even intrastate, online gaming. I think people are anxious about it. But they don’t feel the same way about placing a sports bet.”

Get to know gambling

Clark’s colleague at the AGA, Senior Director of Research David Forman, is a big believer in the theory that, when it comes to all forms of gambling, “familiarity breeds positive feelings.”

Forman noted that the 49% favorability ratings represents an increase of almost 60% from a decade ago.

“Not that long ago, there were really only two states where you could gamble,” Forman said. “Now we’re at 43 states with casinos or legal sports betting, and almost a thousand casinos across the country.

“The ubiquity of the industry now, and the access people have to it, really is amazing. More than two-thirds of Americans live with an hour drive … of a casino today. So the industry really is everywhere, it’s in more communities than people realize, and they’re going, not just to gamble, but to eat and to go to clubs and see shows.”

Casinos have traditionally welcomed games of partial skill, such as poker and sports betting, because they get people in the door. Even if a player is a consistent winner in poker (where the house wins a modest percentage no matter what anyway) or sports betting (where the house can lose, but succeeds against most bettors over the long run), that gambler is liable to spend winnings on the food and shows Forman referenced, or to give it all back at the tables.

Anecdotally, this has been a common theme in the handful of states in which both mobile sports betting and mobile casino gaming are available. With how easy the sites make it to toggle between verticals, a $100 win on a football game will quickly become a $100 loss at virtual blackjack or slots.

So both financially and in terms of image, sports betting can be, as the saying goes, a rising tide that lifts all boats.

But it’s the image side that the AGA is most interested in.

When asked why “sports betting” carries different connotations than other forms of casino gambling, Clark said, “It’s because people have been betting on sports for a long time, right? The [Supreme] Court didn’t create a new activity for Americans; they’re just giving them an opportunity for states to give them a safer way to do it.

There’s a certain irony to it. Casinos came to numerous states long before legal sports betting did. But sports wagering is now proving to be a gateway to other forms of gaming.

Nothing But Net (Profits): The NBA Sports Betting Season Preview