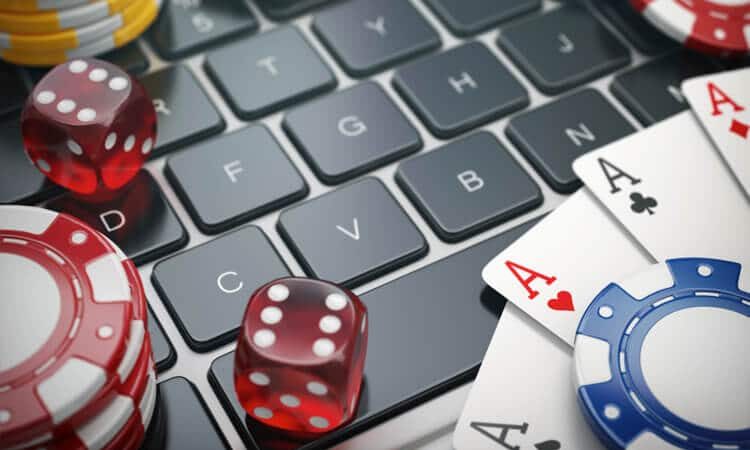 With sports wagering and casino gaming, it’s all about the money, whether you’re the one making or taking the bets.

This fact was not lost on American Gaming Association executives Bill Miller and David Forman, who kicked off the AGA’s annual “State of the Industry” address on Tuesday with a breakdown of “gaming’s recovery” from the COVID-19 pandemic.

According to the AGA’s revenue tracker, U.S. commercial gaming revenue reached a record $53 billion in 2021, up 77% from the COVID-addled 2020 and 21% from the previous record set in 2019. AGA figures showed that 86% of the 2021 total came from in-person casino gaming (including retail sportsbooks), while the other 14% came from mobile sports betting and iGaming — which represented a record high share for those combined sectors.

Year-over-year revenue from sports betting was up 177% at an all-time high of $4.29 billion, while Americans wagered a record $57.2 billion with commercial sportsbooks, a 164.8% increase from 2020. The amount of markets where these types of wagering is available has roughly doubled since 2019, when sports betting was only available in 13 jurisdictions and iGaming was accessible in just three.

While it’s been well-established that mobile wagering is more popular among younger Americans, Forman, the AGA’s head of research, revealed that the median age of in-person casino visitors dropped from 49 to 44 in 2021. When asked to explain this phenomenon, he noted that many older customers stayed away from brick-and-mortar casinos due to COVID-related health concerns, and that he expected the median age “to settle somewhere in the middle” now that restrictions have been lifted in many areas.

But the fact remains that if casinos want to attract customers, they need to find people to deal cards, pour drinks, and wait tables in the midst of a labor shortage that Miller, the AGA’s president and CEO, grudgingly called “the great resignation.”

“Mentally, the perspective around work has changed, and we have to do what we can to make our industry accommodating and welcoming to a pretty significant amount of people,” said Miller. “We have to get those people back into the workforce. Casinos, if they have four or five restaurants, one of them might close because they don’t have enough service staff. It’s one of the largest challenges for all of us in the hospitality industry.”

When asked about the potential for wagering on eSports, Miller demurred, saying, “I have stayed away from and continue to stay away from commenting on eSports. That is not an area that’s been opened up. The people who are primarily playing eSports are underage, and betting on them creates a whole host of issues.”

But he didn’t mince words when discussing so-called skill-based games, comparing the “gray market machines” to “termites eating the floorboards out of your house — and we are the house.”

“Illegal gambling isn’t limited to sports betting,” he added, in reference to offshore sportsbooks. “These skill-based machines … prey on the most vulnerable, including minors, leaving oversight in the hands of inexperienced gas station attendants and tavern owners. Law enforcement needs to get aggressive.”

To that end, Miller was asked if the AGA felt that the U.S. government should crack down on offshore sportsbooks in a manner similar to 2011’s Black Friday, when the FBI shut down the largest U.S.-facing online poker sites.

“There needs to be a coordinated effort, mostly at the federal level, to ensure increased enforcement of these offshore operators,” Miller said. “That also includes the Department of State, which has trade agreements with other countries.”

While Miller praised the dawn of sports betting in New York as “unquestionably a very successful launch,” he cautioned that “it’s too early to tell what the tax rate (51%, the highest in the nation) is gonna mean in terms of where New Yorkers want to place their bets.”

Later, when Miller was asked whether he was concerned that other states could potentially consider raising their sports betting tax rates in response to New York’s early success, he replied, “Until we have destroyed the offshore, illegal marketplace, that will be an option for consumers. And when that is an option for consumers, tax rates matter. … If you continue to ratchet up the tax rate, you’re making our legal product less competitive. And if it’s less competitive, the bettor is going to move back to the illegal market, and I think that would be a real tragedy.”

A recurring point of emphasis for Miller was his conviction that “getting sports betting right is about moving people away from predatory bookies and offshore markets.” He pointed to this year’s successful launches in New York and Louisiana, saying, “Does anybody believe that many people bet on sports for the first time? Of course not.”

Miller then defended the seemingly ubiquitous onslaught of sportsbook ads on TV, saying they “really only made up 1% of all ads last year.”

“It’s a new business vertical,” he explained. “Where our operators were pulling those customers was, by and large, from the illegal marketplace, whether it be the corner bookie or the online, offshore websites. They’re moving people who’ve been betting illegally on sports, probably unknowingly, into the legal marketplace, and we think that’s a good thing.”