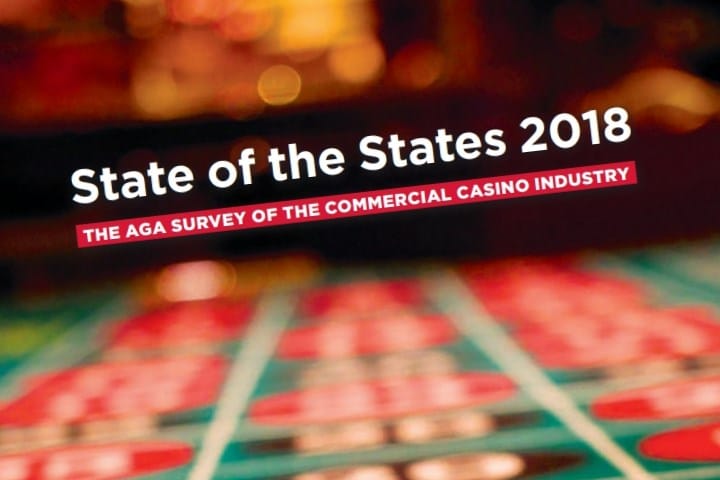 The annual “State of the States” report from the American Gaming Association is out today, and once again it provides a fountain of U.S. gambling information and context.

For instance, 2017 marked the first time that commercial gaming revenue reached $40 billion, while direct taxes topped the $9 billion mark. Among the main developments cited: the opening of three new casinos in New York State, and Pennsylvania’s legalization of online gambling and sports betting. (We already know the top story from next year’s report: New Jersey’s landmark sports betting victory at the U.S. Supreme Court on May 14, 2018.)

The only change was NYC dropping a spot. Note that AC/NYC/Philly/Poconos accounts for $6.22B – nearly matching the Las Vegas Strip.

Three racinos in New York State – including Vernon Downs, which is operated by Meadowlands Racetrack owner Jeff Gural – experienced double-digit revenue losses as new casinos opened in their regions. At this point, almost anywhere a new casino opens in the U.S., some other gambling locale pays the price.

South Dakota has 26 commercial casino locations – all in the city of Deadwood, near the Wyoming and Montana borders and within Black Hills National Forest. Oh, and the maximum bet is…100 bucks.