Alaska To Look At Sports Betting Through $400K Feasibility Study

Governor has already pitched a plan for lottery-run sports betting 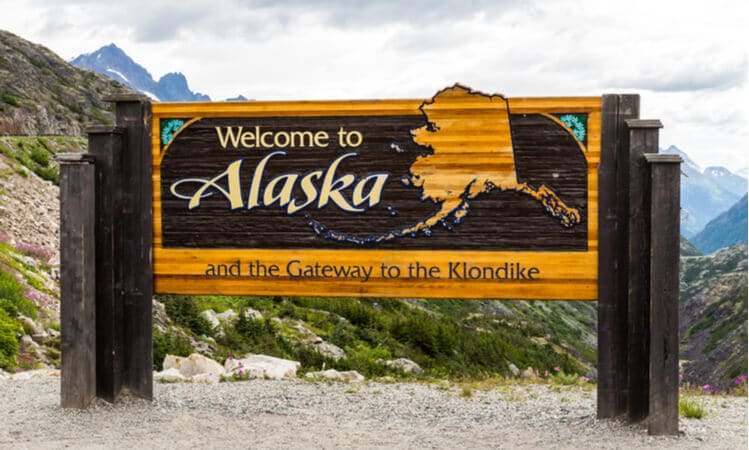 The Alaska Department of Revenue has commissioned a study to examine the potential for legal gambling, including sports betting, according to a report Wednesday from the Fairbanks Daily News-Miner (paywall).

The $400,000 feasibility study will examine the potential for casinos, sports gambling, and a lottery, as well as other forms of gaming. It’s unclear when it will be completed.

Gambling in the state is limited to a pair of tribal casinos, which have a combined 90 gambling machines, according to the American Gaming Association. In other words, gambling is very limited in the state, which boasts a population of just 733,391 people, per 2020 U.S. Census figures.

According to to a separate report from Alaska Public Media & KTOO Juneau, Gov. Mike Dunleavy is expected to back a forthcoming plan for expanding gambling in the state. Alaska’s state revenue commissioner was quoted as saying that the state is looking at “more modern” revenue streams.

People with investments in online gambling companies shouldn’t get their hopes up about Alaska just yet. It’s unclear if online sports betting would be allowed. Even if so, it’s not a populous state — but it would be another feather in the operators’ caps.

It’s very possible the emphasis would be on Las Vegas-style brick-and-mortar casinos, as Alaska could primarily look to boost tourism with its gambling expansion plans. Alaska’s possible move into sports wagering follows Canada moving forward with allowing the activity.

It appears that any Alaskan sports betting could be regulated by a potential state lottery commission. In early 2020, Dunleavy introduced now-stalled legislation to establish the Alaska Lottery Corporation, which would control sports betting. The proposed regulatory situation could change, however.

“In the face of low state revenues, my administration has been actively seeking new revenue sources to diversify our economy,” the governor said in a statement. “Not only does this legislation have the potential of creating new business opportunities, the profits generated from lottery activities will be designated to K-12 education, domestic violence prevention programs, drug abuse prevention programs, foster care, and homelessness. Alaska is one of only five states that does not have any form of a state lottery. I believe it is time we, as a state, have the conversation on the potential benefits that could come from a state lottery.”