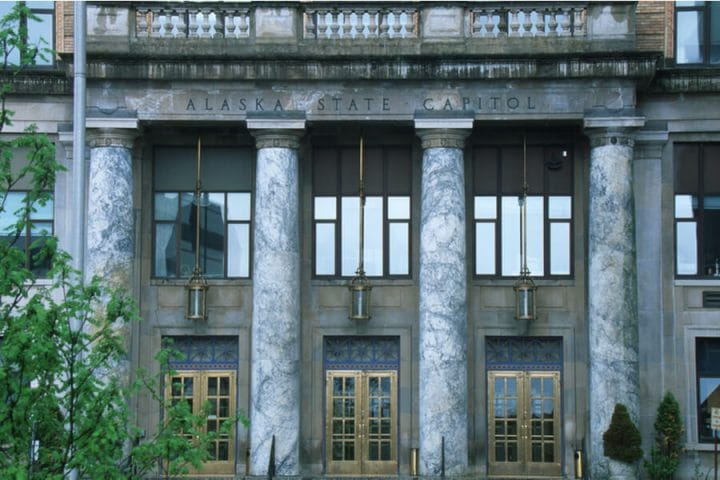 There’s a new piece of legislation, House Bill No. 246, that would legalize a lottery that could offer sports betting. The bill would create an Alaska Lottery Corporation.

The Alaska Lottery could conduct any type or kind of lottery game, including single-jurisdiction and multi-jurisdiction draw games, instant tickets, sports betting, and keno. The corporation could also conduct lottery games “through the use of any media, including electronic terminals, computers, and the internet.”

Alaska isn’t home to any Las Vegas-style casinos, though traditional casino gambling is currently accessible on cruise ships off the state’s coast. It’s one of the least gambling industry-friendly states.

The bill was introduced into the House Rules Committee at the request of the governor.

There’s also a companion bill, Senate Bill No. 188, that was introduced into the Senate Rules Committee, also at the request of the state’s top official.

“In the face of low state revenues, my administration has been actively seeking new revenue sources to diversify our economy,” Dunleavy said in a statement. “Not only does this legislation have the potential of creating new business opportunities, the profits generated from lottery activities will be designated to K-12 education, domestic violence prevention programs, drug abuse prevention programs, foster care, and homelessness. Alaska is one of only five states that does not have any form of a state lottery. I believe it is time we, as a state, have the conversation on the potential benefits that could come from a state lottery.”

More details about the plan

The state-owned Alaska Lottery Corporation would be included within the state’s Department of Revenue. It would be governed by a seven-member board.

The corporation would have broad authority to decide which types of gaming are offered. The corporation could contract with a sports betting company for the activity.

A state fiscal note said that the revenue impact of the planned bill is “uncertain,” adding that the “amount of the revenue stream will depend on the types of games offered, any restrictions or regulations on the lottery, and the administrative cost structure adopted.”

It would be one of the nation’s smallest sports betting markets, thanks to Alaska’s small population, but the legislation could make a big difference for state coffers.