If an amended New York sports betting bill passes (spoiler: it won't), you'd be allowed to bet at Yankee Stadium, but not Citi Field. 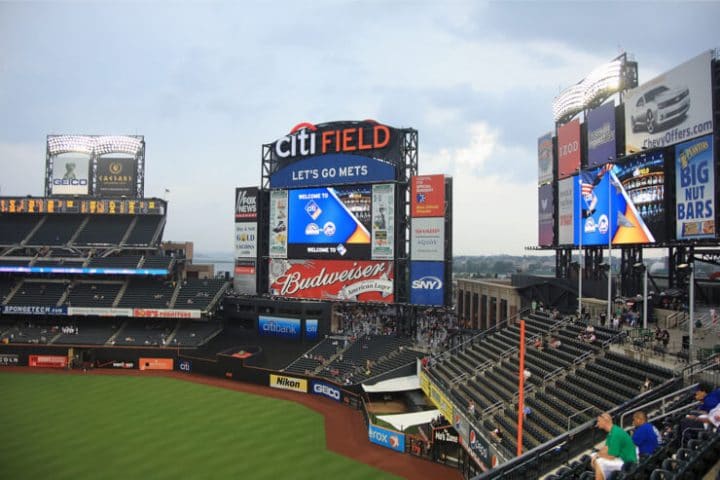 An amended version of a New York sports betting bill designed to allow for mobile gambling has been introduced in Albany — but this one has some curious language.

There have been previous attempts to allow for sports facilities such as Madison Square Garden or Yankee Stadium to run legal betting operations. This bill would cover those venues, but it would preclude such traditional betting at Citi Field or at the homes of the Buffalo Bills and Buffalo Sabres.

Even more curious is the fact that since mobile sports betting would be available statewide, a Mets fan, for example, could simply download an app to his smart phone and make his bet from his seat — the same way that Giants and Jets fans currently can at MetLife Stadium in New Jersey. The one thing missing is the experience of walking up to a betting window and getting a ticket from a teller — something that doesn’t interest most younger fans.

(Bettors who like to wager large sums of cash for various reasons might have to switch their Mets fandom for Yankee pinstripes under these terms — or settle for betting at Nets or Islanders games.)

As is typical with such bills, language within has to be interpreted. This bill allows a sports facility to be an “affiliate” if it’s in a county that doesn’t already have an affiliate, and the bill defines an affiliate as any off-track betting corporation, racetrack, or operator of video lottery gaming. Because of the existence of Aqueduct Racetrack in Queens, Citi Field is left out.

But in spite of the considerable efforts of Addabbo and Pretlow, the bills appear doomed as next week’s end-of-year negotiations with Gov. Andrew Cuomo loom.

Cuomo and his aides have said repeatedly that mobile sports betting cannot be offered without a statewide vote on a Constitutional amendment, which is a three-year process.That’s in spite of a seemingly strong legal argument centered on the fact that when horse racing added a legal mobile version more than a decade ago, no such amendment process was deemed necessary.

Pretlow has conceded that he will not have the votes to pass such a bill without Cuomo first signaling a change of heart.

The bill has other issues, too. It would be up to Native American tribes such as Seneca Nation to decide whether they wanted to cut western New York OTBs in on the action, which has rankled the leaders of the latter group.

The four upstate casinos — all at least 100 miles north of midtown Manhattan, with Resorts World Catskills being the least remote — also would have discretion over whether to partner with local OTBs on sports betting. The other three are Tioga Downs (owned by Meadowlands Racetrack operator Jeff Gural), Del Lago Resort & Casino in the Finger Lakes, and Rivers Casino & Resort in Schenectady.

The new form of gambling can’t come soon enough for the four casinos, all of which are underperforming on projections.

Despite talk in Albany of bringing sports betting to racetracks, racinos, and even shrines like Yankee Stadium or Madison Square Garden, time is running out. The legislative year concludes next week.

So for New York City residents who choose not to wager illegally, their options remain to head a few miles across the Hudson River to bet online in New Jersey or to go to the Meadowlands Racetrack’s FanDuel Sportsbook to bet in person. If they want to bet in the state of New York, the Catskills is likely to remain the nearest stop for the rest of 2019.