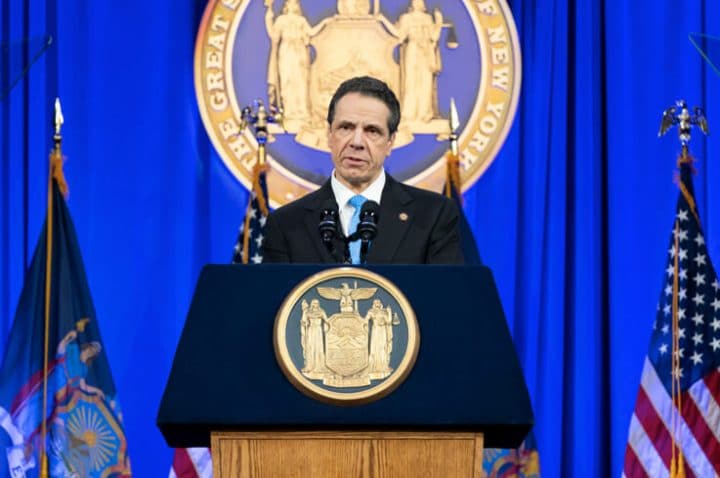 It would be easy enough to start this story by writing, “New York Governor Andrew Cuomo said in a radio interview on Tuesday that ‘it’s possible’ that mobile sports betting is coming soon.”

After all, Cuomo did say that (just hours, by the way, before Pennsylvania’s first mobile sports betting site launched). But what would be missing is context.

First, here’s the exchange between WAMC radio host Alan Chartock and the governor:

Chartock: “Will New Yorkers be able to legally bet on sports from their cell phones anytime soon?”

The next sentence, without context, seems mildly encouraging.

Cuomo: “I think the time is short and the list is long, so I would counsel the legislative leaders: Get the priorities done, because these priorities are not easy.”

Then it goes downhill for mobile

The problem is, Cuomo then rattled off a series of bills under consideration that he wants to see passed, regarding rent regulations, surrogacy, sexual harassment, marijuana, prevailing wages, driver’s licenses for illegal immigrants, and so on.

The political backdrop is that New York State now has a Democratic governor as well as control of the state Senate and Assembly. So Cuomo has been expecting to see a slew of progressive bills — some of which would be the first of their kind in the U.S. — land on his desk for him to sign.

But he is becoming concerned that the Democratic Senate majority, newly in control, may be lacking in leadership and discipline.

“I hope their eyes aren’t bigger than their stomach,” Cuomo told Chartock regarding the lawmakers. “The new Senate is still feeling its way. They have work to do.”

State Sen. Joe Addabbo, a Democrat from Queens who is running the post for mobile sports betting in that chamber, admits that as little as a week ago, Cuomo wasn’t budging on the issue.

“If the governor wants this — it all happens if he wants it, and that’s fine — I hope it’s true,” Addabbo told the New York Post on Tuesday. “But there’s 15 days left [in the 2019 legislative calendar]. If he wants to do something for revenue and everything else, now is crunch time.”

The reality is that back in March, when Addabbo suggested that Cuomo was coming around on mobile sports betting, Cuomo’s spokesman replied, “We have constitutional concerns on this issue that we have raised for nearly a year. Our position remains the same.”

The constitutional concern is about whether a three-year referendum process must be hurdled to amend the state’s gambling laws to allow for mobile sports betting. Sports law attorney Daniel Wallach and others have made a strong legal case that mobile betting on horse racing in New York State didn’t require an amendment, so neither should mobile sports betting.

But for whatever the reason, Cuomo has consistently insisted on the need for a referendum. Two offhand “it’s possibles” — in the context of a conversation about how hopelessly behind the legislature is on a host of issues that Cuomo actually cares about — haven’t convinced me that New York City residents no longer will have to head to the Meadowlands Racetrack (or at least, halfway across the George Washington Bridge) come football season this fall.

New Jerseyans, then, can expect to collect a couple of more million dollars in tax revenues from Empire State residents thanks to Cuomo’s resistance to mobile sports betting.

A year after the U.S. Supreme Court decision that paved the way for each state to decide on sports betting, state regulators still haven’t finalized the rules of the game for four upstate casinos that are entitled to offer it at their properties as a result of a 2013 law that allowed for their construction.

Further complicating matters is that the fate of the horsemen — a significant constituency in New York State historically — on sports betting hasn’t yet been hashed out. And we haven’t even gotten to New York’s Native American tribes and their role in the issue: They will be able to offer sports betting as soon as the commercial casinos can, but how would the online version play out?

Settling all this in a couple of weeks, with all those other priorities in flux? What Gov. Cuomo calls “possible” actually looks more like Mission Impossible.

World Series Of Poker ‘First 50 Honors’ Fan Poll: Who Should Win? Who Will Win?