MLB doesn't churn out bet slips quite like March Madness, but books are still forgoing nine figures in handle and eight figures in revenue. 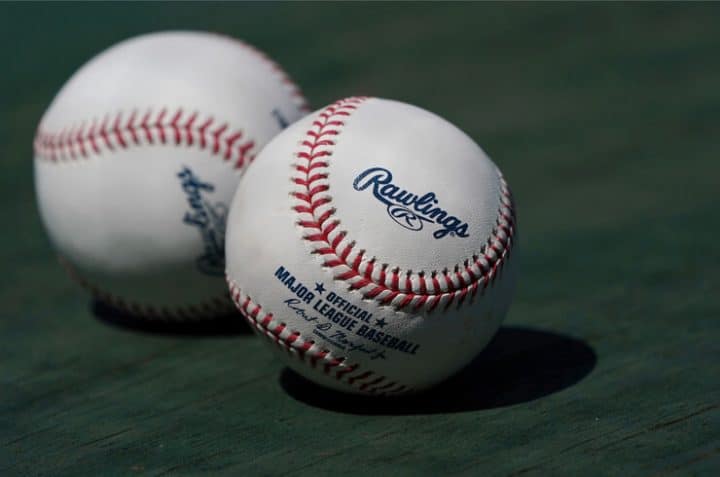 There was no March Madness this year, sadly, and as SportsHandle calculated, that might have cost legal U.S. sportsbooks nearly $1 billion in betting handle and almost $70 million in revenue.

While college hoops left the most devastating void on the March sports calendar, April would have brought the end of the NBA and NHL regular seasons and the beginning of their postseasons, and it would also have welcomed the first full month of MLB action.

It’s much more difficult to quantify, on a national scale, the financial impact of forgoing April baseball than doing without March Madness, an event for which the American Gaming Association provides annual statistics and projections.

Only a handful of states provide sport-by-sport breakdowns of their monthly betting handle, and numerous states with sportsbooks in 2020 had not yet allowed them to operate in April 2019.

In April 2019 in New Jersey, the completed events handle for baseball (a figure that excludes futures bets that were still pending results) was $86,123,237. That’s no small chunk of change, although it pales in comparison to March Madness handle.

For the whole year of 2019, baseball win percentage for the Garden State books finished at 3.9%. Perhaps that suggests bettors did relatively well with their season-long futures bets. Perhaps it suggests they improved on their single-game betting as the season went along and they had more information about the teams and players.

Whatever the case, 4.6% seems a realistic April hold percentage to project for what New Jersey would have seen in 2020, especially given that it’s still lower than what is seen for baseball in some other states. (Win percentages tend to be lower in the newer sports betting states than they are in Nevada because of all the promos and bet boosts offered in New Jersey and states like it that see heavy competition for customers.)

The difficult question is how much the handle would have increased from April 2019 to April 2020. With legal sports betting still in its infancy, there just isn’t much data to work with.

We can look at how football betting grew in New Jersey from the first month of the 2018 season to the first month of the 2019 season, when it more than doubled from $88 million in handle in September 2018 to $187 million the following September. But that really doesn’t tell us much, since sports betting, particularly of the mobile variety, was just getting off the ground in September 2018.

The conservative estimates used by SportsHandle that worked with a figure of 10% growth for March Madness are probably much closer to true expectation.

That means, conservatively, had MLB played a full April schedule, New Jersey could have anticipated about $94.7 million in baseball handle for the month (not counting futures bets) and more than $4.4 million in revenue divided among the sportsbooks.

(Which is to say nothing of the parlay betting that would have included baseball wagers and represented more lost revenue.)

Nevada’s monthly revenue reports do not spell out the data quite as comprehensively as New Jersey’s. (Until recently, they didn’t even include a land-based-vs.-mobile breakdown.)

For the full year of 2019, baseball win percentage in Nevada was 5.1%. The 7.38% figure is, frankly, not very meaningful, since it includes handle on futures bets and counts them as a win for the books until the results come in.

Still, by dividing the win amount by the win percentage, we see that $135.7 million was bet on baseball in Nevada in April 2019.

And Nevada was in a sports betting growth pattern prior to the spread of this coronavirus, so we could have expected numbers to tick up in April 2020, if not by anywhere close to the 10% figure we used for New Jersey.

We can’t know exactly how much of Nevada’s April 2019 baseball handle was on futures, but it seems reasonable to project that, combined, Nevada and New Jersey are losing out on more than $200 million in single-game baseball betting this month and on more than $10 million in revenue for operators.

And once again, that leaves out the sportsbooks’ favorite column on the spreadsheet: parlays.

Jersey and Nevada, while representing nearly the entire national sports betting picture a year ago, combine for a more modest slice of the pie now. Numerous states that weren’t yet live last April were poised to offer 2020 MLB wagering.

In Indiana, a state close to various MLB cities but without a team of its own, in September 2019 — the last full month of the season — baseball represented $3.4 million of the $35.2 million in total handle. Sports betting had just started that month, though, so the MLB numbers would have been substantially bigger in April 2020.

Meanwhile, Michigan, home of the Detroit Tigers, and Illinois, home of the Chicago Cubs and White Sox, both launched retail sports betting this March. Baseball would have been — and will eventually be — an extremely popular betting sport in both states.

Colorado, home of the Rockies, would have missed out on April betting no matter what, but it is poised to begin taking wagers on May 1, without many sports to bet on.

Then there’s the more entrenched betting state of Pennsylvania, home to MLB teams in both Philadelphia and Pittsburgh, as well as New York, which has the Yankees, Mets, and four land-based books a healthy drive from where those city teams play. New Hampshire and Rhode Island are both part of Red Sox country, and Oregon has its share of Seattle Mariners fans.

Millions of Americans are desperately missing baseball right now. So are sportsbook operators around the country, for decidedly different reasons.