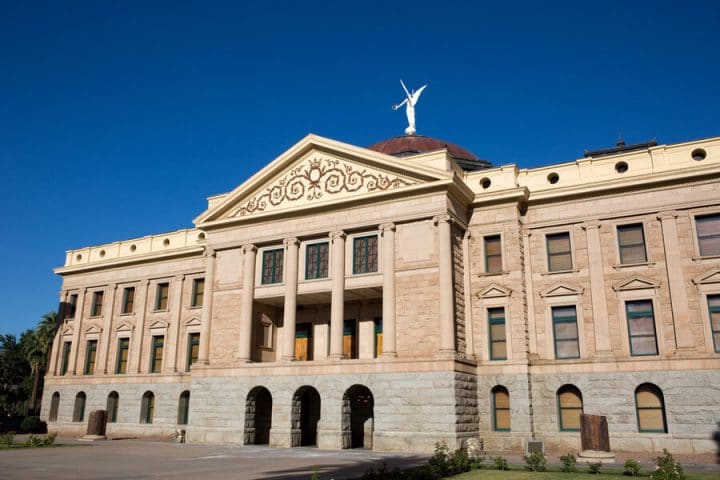 That could happen, under a bill up for consideration Tuesday in the state House Commerce Committee. The legislation would not allow for online/mobile sports betting statewide.

An agenda for the hearing can be found here. A live stream of the 2 p.m. local time hearing is here.

Other states in the country are seeing the vast majority of their respective sports betting handles occur over the internet. Arizona would be retail-only under the proposal, House Bill 2813.

The bill is opposed by the Arizona Indian Gaming Association, so it’s likely a significant underdog for passage. It’s also unclear how the bill would square with existing Indian gaming compacts.

What would the bill do?

The legislation would require the Arizona Department of Gaming to adopt rules to allow historic racing to be conducted as regulated gambling at racetrack enclosures and additional wagering facilities.

Under the bill, historic racing is as a form of racing that establishes pari-mutuel pools from wagers
placed on previously conducted races.

Additionally, the bill would result in the Department of Gaming adopting rules to allow sports betting to be conducted as regulated gambling at racetracks, additional wagering facilities, and casinos. It would allow an Indian tribe to operate sports betting through a tribal gaming operator.

There are 22 federally recognized tribes in the state.

The bill is being pushed by state Rep. Steve Pierce, the primary sponsor, and state Sen. Sonny Borrelli, the co-sponsor. The two lawmakers are also sponsors of another sports betting bill, Senate Bill 1525.

That legislation hasn’t had a hearing.

Additionally, there’s Senate Concurrent Resolution 1033, which pertains to a referendum for sports wagering.