Arizona state Sen. T.J. Shope got his sports betting bill passed with a little political back and forth 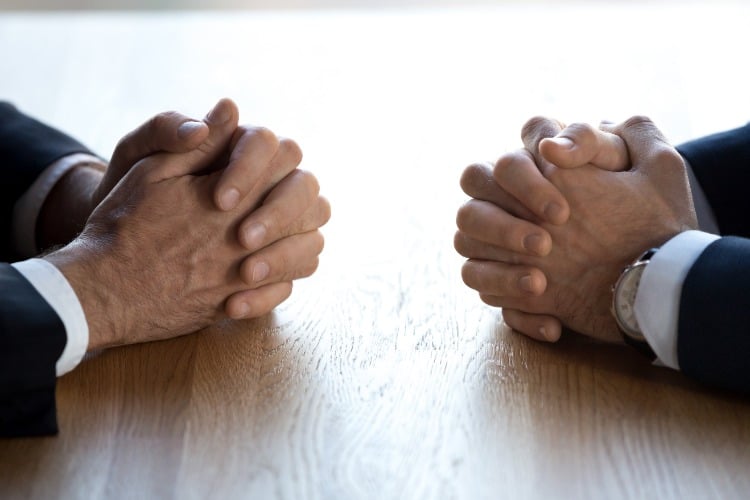 In the end, it was simply politics that got the sports betting bill over the finish line in Arizona.

Discussions were at an impasse, though the sponsor of the bill in the Senate, T.J. Shope, knew he had the votes. He had to get the bill out of the appropriations committee, chaired by Sen. Dave Gowan, and onto the Senate floor. Gowan had introduced a competing bill that added historical horse racing to the sports betting bill. This was a no-go for the Native American tribes who didn’t want slot-like action outside their purview, and sportsbooks involved in the discussions would not back a bill the tribes didn’t support.

So Shope had an old-fashioned sitdown with Gowan one day last week.

“The issue in the Senate was over historic horse racing, and while I knew the appropriations chairman was coming from a good place and was genuinely trying to help, he knew I had over 20 votes, which is over two-thirds of the membership,” Shope told US Bets. “And at some point if you’re not able to put a master deal together, you go into a closed caucus and have a conversation. That’s probably the kindest way for me to say it.”

The “conversation” worked, as later that evening Shope got a call from the Senate president, telling him the bill was moving forward.

Meeting in the middle

Beyond the closed-door discussion, the deal that eventually came together also involved a lot of give and take between the tribes and the non-tribal interests.

“I think that both sides realized they needed each other,” Shope said. “Obviously the professional teams, the non-tribal commercial interests, knew they needed the tribes. And that’s because Arizona is different. We are a state that does voter initiatives, and 20 years ago when the state legislature failed to act, the tribes went to the ballot. And we have a state constitution that says if you pass something at the ballot, you can only move it in a way that does not detract from the original intent of what the voters voted on.”

In short: The tribes held the cards (pun intended), but the other interests — as well as the legislature and the governor’s office — had an ace up their sleeves (pun also intended).

“We were kind of boxed in, but the tribes wanted to go full Vegas-style with their casinos and had to change the compact anyway, so there was some teamwork that needed to be hatched,” Shope said.

As it stood, the tribal casinos could only offer slots, blackjack, and a handful of other games. The tribes wanted a full menu, such as roulette, craps, and more. They also wanted to expand and build some new casinos in the metro Phoenix area. And so in order to gain all that, the tribes had to give up their total gambling stranglehold. Which they did, as the final bill passed with the tribes receiving 10 sportsbook licenses, and Arizona’s professional sports teams getting another 10.

The one group that was kind of left out? Arizona’s horse racing tracks. While they did get a sportsbook license, they wanted a bigger piece of the pie. Why they didn’t get it was a combination of legislative wrangling and an old feud.

“Back in 2002, when the tribes decided to go to the ballot to get casinos, the tracks also put a competing measure on the ballot,” Shope said. “There’s just been animosity and bad blood ever since.”

On the legislative side, Shope said the tracks came to the table late in the years-long negotiating process.

“Trust me, the racetracks weren’t the only ones who came in late,” Shope said. “We got to a point where every bar in the state wanted a license of some sort. Barrett-Jackson, the auto auction house, they wanted to get in on it. But the reality is this thing has been negotiated for the last three years and coming in at the 11th hour wasn’t going to sit well with the people who have been sitting around the table for a while.”

In the end, it was the historical horse racing issue that nearly derailed the entire operation.

“It was never a vote problem, the votes were always there to pass the thing,” Shope said. “It became more of a turf battle between myself and the appropriations chair, and the racetracks and all the other entities that were at the table.”

But Shope was also quick to point out the above is a bit of an oversimplification, as Shope himself represents a district where horse training is big business.

“I’m very sympathetic, but the tribes were never going to go along,” Shope said. “I was confident in the process overall, the only hiccup was the horse tracks never really got involved until it was too late, so some would argue that they were left out of the deal, but the reality is they will still have a license to have a sportsbook. And frankly, since we’re not doing the historical horse racing venture that they wanted, we’re pretty flush with cash in Arizona right now, so we found some money for purses and stuff like that, and we’re committed to having an ongoing conversation to see how we can be helpful to the industry.”

At this point, the bill has been sent to Gov. Doug Ducey for his signature, and Shope hopes to have the first sports bets in Arizona kicking off right alongside the 2021 NFL season.