Figuring Out If You Have A Gambling Problem

Many are embarrassed to admit they have a gambling addiction, but new tools are available to help 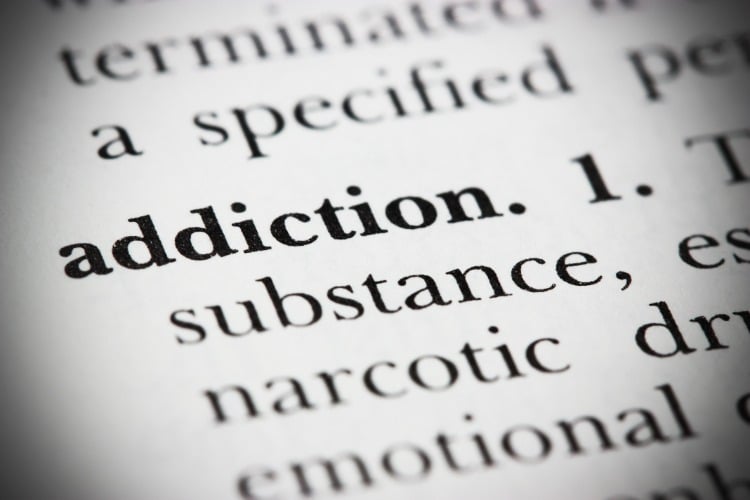 There is a certain irony that one of the two biggest sports betting events of the year falls during Problem Gambling Awareness Month. As in every year, the first March Madness games tip off Tuesday in Dayton, Ohio, against a backdrop of news about gambling addiction, available treatment, and the rise in calls to local hotlines.

The number of U.S. states and jurisdictions where you can place a legal wager on college basketball’s marquee event has reached 30 for the first time. Gamblers in five of the eight states hosting first- and second-round games, and in two of the four states hosting the Sweet 16 and Elite Eight, can place a legal bet. The final is set for New Orleans, where attendees are able to place bets after Louisiana launched sportsbooks last year.

While many people are studying and preparing to enter March Madness pools or place a bet, a certain segment of the population that suffers from gambling addiction — at least 1% — will struggle more than usual for the next 2 1/2 weeks. And an additional 2-3% could be on their way to gambling addiction, according to estimates.

So how do you know if you have a gambling addiction?

“We don’t have scans, we don’t have blood tests,” Dr. Timothy Fong, professor of clinical psychiatry at UCLA’s Gambling Studies Program, said in an interview on Tampa News 8’s Bloom last week. “When your behavior causes you problems and you continue to gamble, that is an early sign.”

Gambling disorder late last year was reclassified by the American Psychiatric Association as an addiction, which opens up some new avenues for treatment. Those in the industry say that therapy helps, and the hope is that some drugs, specifically, naltrexone, which affects the “reward” area of the brain, can be used to treat it. Naltrexone is also used to treat drug and alcohol addictions.

Fong says that while there are no physical signs of gambling addiction, it has the same “brain biology” as many other addictive issues. Those affected can feel physical symptoms, including increased heart rate or butterflies in the stomach when exposed to the opportunity to gamble.

And similar to other addictions, those at risk are often those already struggling with some other sort of issue — untreated depression, substance abuse, anxiety, or physical issues, Fong said.  In addition, those under the age of 18 and over the age of 55 are the most at risk.

But many with or heading toward gambling addiction aren’t aware that they actually have a problem.

“The hardest part is to recognize the behavior,” Fong said. “And that it is something that can be treated. The denial, the shame, the stigma that people have when they lose money, the embarrassment of losing tremendous amounts of money and time oftentimes holds people back.”

To that end, one Danish artificial intelligence company has created an algorithm that it says can detect emerging problem gambling issues. Traditionally, gaming operators track how long players play and how much they spend, and look for patterns. When those patterns are broken — i.e. more time spent gambling or an usual amount of money spent — operators may flag the customer. When it comes to online gaming, consumers can set time and spending limits for themselves as a way to keep their gambling under control.

They are I believe the first national grants for gambling addiction prevention programs and we are very proud. https://t.co/ZSd58IL0pX

But Mindway AI tracks 14 data points, according to a New York Times story, including “money and time but also canceled bank withdrawals, shifts in the time of day the player is playing, and erratic changes of wagers.” Each data point is scored and a “risk assessment” of a player is developed by psychiatrists and other experts.

“As soon as a player profile or player behavior goes from green to yellow and to the other steps as well, we are able to do something about it,” Mindway AI CEO Rasmus Kjaergaard told the NYT.

The company uses a color-coded scale — green meaning no problem, up to blood red, which indicates an addiction. The technology and analysis, Kjaergaard said, allows Mindway to identify potential problems as a player’s habits change, which in turn allows it to identify players before they become addicted. Once the issue is spotted, Mindway and the companies that use its technology must determine how to let a player know that they could be on the way to gambling addiction.

There’s still time but went the weekend without a gamble! Not going to lie it’s been super fucking hard. Had to limit my drink and refrained from writing ‘pretend’ accumulators in my phone to see how much I would have won… like I won all the time 😂 (not!) #gambling #addiction

Operators face the same struggle, using messaging and controls to keep players aware of changes in their behavior. But, Fong said, gamblers often aren’t quick — or willing — to admit a problem.

“Some say, ‘Oh, I just thought I was unlucky,'” Fong said. “And I’ve had a lot of patients say, ‘I felt like I didn’t deserve treatment. That was just stupid of me.'”

Those who suspect a gambling problem may call the National Council on Problem Gambling’s hotline at 1-800-522-4700 or visit gamtalk.org.