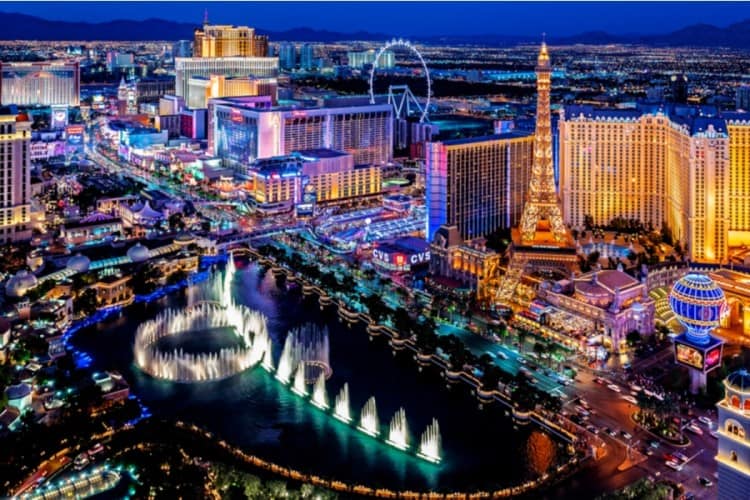 Baseball took center stage at Nevada sportsbooks and more people found their way to them in June, as the state’s Gaming Control Board on Thursday reported a sports betting handle of more than $545.5 million.

It was the first time since March that the Silver State cleared half a billion in handle, with the bump representing a 14.2% increase from May’s total of nearly $477.6 million. Sports bettors continued to make their way back to the Las Vegas Strip, where more than $230.2 million of the total handle originated. Gamblers across the state placed more than $231.2 million of their wagers in person, a sharp increase of 28.7% compared to May’s total of $179.7 million.

The uptick in June handle also may have provided enough for Nevada to wrest back the No. 2 monthly spot nationally from Illinois, which was runner-up to New Jersey in both April and May. Illinois would need a month-over-month increase of 7.6% — at least $38.3 million — to finish second for June.

Bettors in Nevada also bucked the nationwide trend of operators performing well. The hold for June was just 5.35%, which is currently the lowest in the country, with only Illinois yet to publish its numbers. The combination of low win rate and high handle from Nevada pushed June’s national win rate across 18 states and the District of Columbia down more than three-fifths of a percentage point to 8.36%.

Despite the low hold, Nevada operators still posted nearly $29.2 million in revenue. That was a 7.8% increase from May’s figure of just over $27 million and also moved Nevada less than $10 million shy of joining New Jersey as the only states to reach $1 billion in operator revenue in the post-PASPA era. Additionally, Nevada received just shy of $2 million in tax receipts and collected close to $14 million through the first six months of the year.

Though baseball has been a distant third to football and basketball in terms of handle in Nevada, it still has generated nearly $3 billion in wagers in the post-PASPA era. The combination of the NFL being in its offseason and a limited amount of games available for wagering during the NBA playoffs helped focus attention on baseball, with bettors placing $226.2 million worth of wagers.

And those who were making bets were winning them. The overall hold for the sport was a measly 1.41%, as sportsbooks across the state collected only $3.2 million on those wagers. Bettors actually won the battle along the Las Vegas Strip, as they collectively reaped $1.8 million in profits on $87.6 million wagered at those locations.

The house cleans up on hoops

Operators collected more than two-thirds of their revenue on basketball betting, keeping more than $19.8 million of the nearly $194 million wagered for a 10.22% win rate. As sportsbooks on the Strip gave in baseball, they took in basketball and outpaced the overall state numbers — the hold was 11.89%, as they claimed close to $11 million from nearly $92.3 million wagered.

The Nevada Gaming Control Board started breaking out mobile betting numbers in January 2020, and there has yet to be a month when the hold from those wagers reached the industry standard of 7%. In the 16 months the agency has furnished those numbers (they did not provide figures for April and May last year during the COVID-19 pandemic), the overall win rate for operators on those wagers has been just 4.91% on nearly $4.4 billion wagered.

The $314.3 million in mobile wagers in June accounted for 57.6% of the total handle — the lowest percentage since 57.1% in February — and pointed to the likelihood that more visitors were coming to the state and frequenting sportsbooks. The mobile hold in June was 4.69%, as operators claimed more than $14.7 million. Through the first half of 2021, mobile operators posted a 5.1% hold, as they collected $100.7 million on nearly $2 billion wagered.

Photo by randy andy via Shutterstock