The documentation in response to former state Senator Raymond Lesniak's FOIA request regarding the DOJ Opinion and Sheldon Adelson is in. 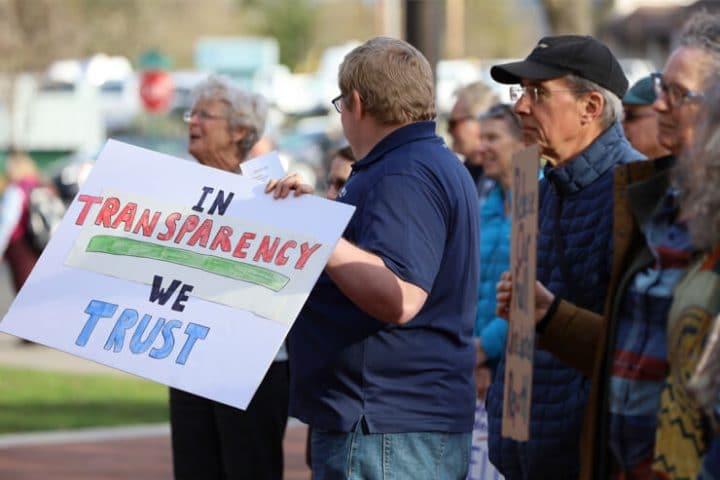 Former New Jersey state Senator Ray Lesniak — in many respects the founding father of the movement that has led to the expansion of legal, regulated sports betting well beyond Nevada’s borders — recently received 76 pages worth of documentation in response to his Freedom of Information Act (FOIA) request made in February.

Lesniak sought records of communication from and with the U.S. Attorney General’s office regarding The Wire Act of 1961, and more specifically a document released in January 2019 titled “Reconsidering Whether the Wire Act Applies to Non-Sports Gambling.”

That’s the Opinion that upended a 2011 Department of Justice Opinion that the act only applies to sports betting. The new Opinion mirrored wealthy Republican donor and Las Vegas billionaire Sheldon Adelson’s sentiments.

While Lesniak didn’t get what he sought — evidence that online gambling foe Adelson directed the change in policy — the documents reveal multiple efforts to try to persuade the federal government to reverse its 2011 position, and even more efforts to seek to retain that new status quo.

It also showed that Adelson has kindred spirits among some leading Democrats on Capitol Hill.

This is a snapshot, then, of the feedback that top government officials received over a period of several years.

The most notable backers in the documents of the amended DOJ sentiments are U.S. Senators Lindsay Graham (R-SC) and Dianne Feinstein (D-CA).

In a May 2017 letter to then-Attorney General Jeff Sessions, the senators remind him that in his Senate confirmation hearing, he replied to a question from Graham by saying that he was “shocked” that the Obama administration had green-lighted online gaming outside of sports betting. Sessions added that he would “revisit” the issue as attorney general.

“It is our hope that your careful study of the [2011] Opinion has exposed the flaws of the Opinion, and that you restore the department’s longstanding practice of enforcing The Wire Act against online gambling by revoking the Opinion,” the senators wrote.

Sessions also received a letter that month from three Democratic members of the House of Representatives — Henry Cuellar of Texas, Dan Lipinski of Illinois, and Emanuel Cleaver of Missouri — asking Sessions to “consider withdrawing” the 2011 DOJ Opinion that led to several states legalizing online casino gaming.

“As you settle into a new position in the Administration, we know that you will be addressing a number of polarizing and partisan issues in the coming months,” the congressmen wrote. “Internet gambling is not a partisan issue. It’s one we believe should be more closely examined by policy makers in Congress before being allowed to expand any further.”

Another frequent opiner on the issue of online gambling, Republican Jon Bruning — a former state attorney general and counsel for the Coalition to Stop Internet Gambling, which has ties to Adelson — made his case in a July 2017 letter to then-Deputy Attorney General Rod Rosenstein.

“I served as Nebraska’s top law enforcement officer for 12 years,” Bruning wrote. “During that time I observed firsthand the threats to our children and most vulnerable citizens lurking on the internet and was a strong advocate for protecting my citizens from illegal activity prevalent online. This is why I was extremely troubled when President Obama’s Department of Justice reversed a longstanding interpretation of The Wire Act to permit online gambling.”

Les Bernal of the Stop Predatory Gambling group also weighed in with a March 2017 letter to Sessions that also criticized the 2011 interpretation.

“The dubious reasoning of the … Opinion was not issued until the afternoon of Friday, Dec. 23, 2011, the eve of Christmas weekend, an obvious attempt to bury news of a major policy change resulting not from a vote of the people nor of Congress, but from closed-door dealing and bureaucratic fiat … If the mobile phones, laptops, and tablets of American children are to be turned into online casinos 24 hours a day, seven days a week, that should be for Congress to decide.”

NFL, NCAA had their day

Other documents show that Sessions and Rosenstein received a request from the NFL and NCAA in May 2018 seeking a meeting in the wake of the U.S. Supreme Court’s ruling in favor of New Jersey that allows any state to offer sports betting.

“While we respect the Court’s ruling, the absence of a clear and enforceable legal standard for sports betting threatens the integrity of our nation’s professional and amateur sports contests — something both Congress and the U.S. Department of Justice have sought to protect for the last 50 years. To protect the integrity of our games in a post-PASPA environment, we urge the U.S. Department of Justice to immediately act, in concert with Congress, to create statutory and regulatory standards for sports betting in the United States.”

Sessions’ successor as acting AG, Matthew Whitaker, then directed top aides to set up a meeting, according to an email included in the FOIA. A July 2018 letter from an attorney for the NFL thanked Sessions for meeting with them and with NCAA representatives a day earlier.

There also is a Feb. 2017 legal analysis from the Cooper & Kirk law firm to the Coalition to Stop Internet Gambling that does a deep dive into Congressional political sentiment in the 1950s that leads to The Wire Act of 1961. The details appear to suggest that members of Congress were indeed concerned about interstate gambling issues beyond just sports betting.

Backers on online gambling speak up

Ron Paul — a former Congressman and the father of current Kentucky Senator Rand Paul — wrote a letter on behalf of his Campaign for Liberty organization to President Trump and Sessions in June 2017.

The letter echoes bedrock conservative and libertarian principles seeking a lesser role for government, and stemmed from Sessions expressing his opposition to that 2011 Opinion.

“The claim that The Wire Act authorizes a federal ban on online gambling does not survive serious scrutiny for a number of reasons,” Paul wrote. “First, the law was passed more than three decades before the internet was widely used. In fact, when The Wire Act was debated, the idea that average Americans would someday carry devices more powerful than the era’s supercomputers was too fanciful even for science fiction.

“The use of The Wire act to create new federal crimes is the type of creative interpretation of the law that you, I, and others have properly criticized when done by other federal agencies and federal courts.

“Furthermore, using federalism to justify new federal power turns the 10th Amendment on its head. The argument also sets a precedent that can be used to undermine other state laws, such as those protecting the right to keep and bear arms, or the right to work without paying union dues.

“Trusting any part of government — especially the federal government — instead of voluntary community-based institutions to provide moral guidance and help people avoid the harms associated with excessive gambling is a strange position for a conservative administration, especially one elected on a promise to drain the swamp and not to give D.C. more power over our lives.”

Another objection to the Jan. 2019 DOJ policy change that threatens to limit online gambling came two months later from attorneys for IGT, which bills itself in its letter to Rosenstein as “the largest lottery service provider in the United States, and the largest end-to-end gaming company in the world.”

IGT provided a “white paper” that stressed the state of confusion in the lottery industry produced by the DOJ ruling.

“Without further clarity, IGT and its state partners could soon face the Hobson’s Choice of shutting down their lottery businesses, fundamentally restructuring that business with upfront and ongoing costs, or risking criminal prosecution. We believe that none of this should be necessary, because The Wire Act does not apply to state lotteries.”

“We are writing to request documents regarding whether Acting Attorney General Matthew Whitaker recused himself, or played a role, in a decision by the Department of Justice to reverse its previous position on online gambling after Mr. Whitaker received highly unusual campaign donations from casino executives.”

The men referred to the fact that two Iowa casino executives in 2018 each donated $2,600 to Whitaker’s unsuccessful 2014 Senate campaign.

“These donations are strange because they came more than three years after Mr. Whitaker’s campaign had concluded,” the Congressmen wrote.

FOIA requests often cast a wide enough net that unintended fish wind up in that net. That’s the case with an attorney for Gibson Dunn — the Ted Olson law firm that has been involved in the New Hampshire Lottery federal lawsuit — who sent a letter to Rosenstein in Feb. 2019.

“I was going to write you an email and thank you for your service and your friendship,” the attorney wrote, mindful of rampant cable-TV rumors about Rosenstein’s impending departure. “And also offer any type of help or resource as you explore next moves. But I realized that might be premature given that you’re not gone from the department yet.

“When are you planning on leaving, because on a work-related note, I may want to raise the wire act issue before your departure. Just checking on whether you will still be there.”

Rosenstein then sent an email to a colleague that reads in part, “unusual message” while adding, “I have no idea who she represents.”