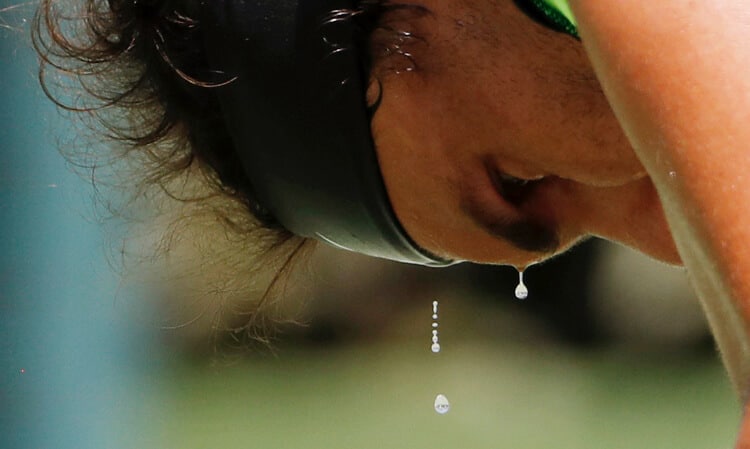 Let’s start this article with a test: Can you make it to the end of this sentence without your eyes starting to skip ahead and your cursor starting to scroll down? If so, congratulations! You have a longer attention span than the average human circa 2022.

Mobile sportsbook operators battling in 22 states (and counting) for customers’ gambling dollars are well aware that attention spans vary. While some bettors are content to lock dollars up for six months or longer wagering on a team or an athlete’s future prospects, others are drawn to the short-term sweat. Waiting an entire 48-minute basketball game or nine-inning baseball game to find out if their side has covered? Nah, too big a commitment.

What some bettors want is a gamble that keeps them on the edge of their seat for a few minutes — and then it’s over. And for those folks, bookmakers have gotten increasingly creative. Whether it’s “race to X,” “first to score,” or “will/won’t score in first X minutes,” everywhere you look there are ways to bet on a game and know whether you’ve won or lost before your first beer is half-empty.

Buzzer beaters right from the jump

Football is the sport that powers the betting industry, and it follows that the popularity of the “first touchdown scorer” bet has served as the driver toward expanding the quick-hit options in all sports.

There is some degree of skill in placing a first-TD wager. You factor in which team is a favorite to score first and which skill players tend to get red-zone opportunities, and you survey the odds and options in search of possible value.

That doesn’t translate as well to basketball, as any starter has a decent shot at being the one to sink the first bucket — meaning bettors are essentially spinning a weighted roulette wheel. Still, the first-basket betting option does exist at most sportsbooks, and it can make for an intense sweat (for anywhere from about 10 seconds to a minute or so).

Thankfully, bookmakers have expanded the menu for basketball and created more layered options beyond that first-scorer crapshoot. The most commonly found such market is the race between the two teams to a preset number of points. FanDuel offers races to 10, 15, 20, 25, 30, 35, or 40 points — the lower the number, the faster and more intense the sweat, and the more that randomness impacts the outcome. DraftKings and BetMGM offer the same, but both also have a race-to-5-points option for those who are really looking for a swift gamble. FOX Bet, which hasn’t leaned into the short-term sweat as much as other books, starts at 20 points.

Some sportsbooks offer these wagers for every quarter — so a consumer can bet on a race to, say, 15 points in the first quarter and, win or lose, get a reset and bet again on which team will be first to 15 points scored in the second quarter.

The other major innovation for quick-sweat basketball betting surrounds the number of made 3-pointers at the outset of a game. FanDuel has what it calls a “3X2” on whether two or more 3-pointers will be made in the first three minutes. For example, for Monday night’s Celtics-Heat Game 4, the “yes” was priced at +104 and the “no” at -128. The “no” hit, as Boston’s Derrick White made a trey just over a minute into the game, Miami’s Max Strus missed one a little over a minute later, and that was that in an outlier game in which the Heat didn’t register a field goal until more than eight minutes had gone by.

One inning, in and out

The sweats in baseball feel different than in basketball, as the former sport is played at a far less frenetic pace. Still, most books appeal to the short-attention-span bettor with props that expire after the first inning of play.

FanDuel offers some of the same markets, plus race-to-X-runs options that, again, could involve an extended sweat. One of the more interesting options at FD is a wager on two or more hits to be recorded in the first inning. For Monday night’s Mets-Giants game, for example, the “yes” was -108 and the “no” was -112, and although New York pounded out 18 hits in the game, neither team got a runner on base in the opening inning.

The sportsbook bet365 also provides some base-hit-based markets, in addition to standard bets like yes/no on a first-inning run. Customers can wager on the total number of hits in the first inning, as well as which team will have more first-inning hits (with a tie priced at a little under 2/1, typically). Plus, in addition to “race to X runs” bets, the operator offers “race to X hits” bets for the game.

Few things in sports have as close to a unanimous approval rating as playoff hockey. So with NHL short sweats, the sportsbooks capture some of that sudden-death thrill with markets for whether a goal will or won’t be scored in the first X minutes. It’s a bit like the will/won’t score for the first inning of a baseball game, but as with basketball, hockey is paced far more frenetically than baseball.

Most sportsbooks do allow hockey bets on individual players to score the first goal, a wager not dissimilar to a first touchdown bet in the NFL.

Soccer’s short-sweat markets are similar to hockey’s, with most books taking bets on the first goal scorer as well as bands of time for when the first goal will be scored. As soccer fans know, however, waiting for the first goal to be scored can sometimes be a sweat that lasts all game.

There are a handful of other options out there in other sports. In boxing and MMA, some sportsbooks offer a “gone in 60 seconds” bet, where you can get a fairly high payout on a fight ending in the first minute — a decent sweat in boxing when it’s Deontay Wilder vs. a no-hoper, but a guaranteed loss on most matchups.

And circling back to football, many books now offer markets on whether the first drive will or won’t result in points, as well as options to bet on the exact result of the first drive — touchdown, field goal, punt, turnover, etc.

Not all short-term sweats are created equal. Some are over in mere seconds, while others may stretch across a half-hour or more of real time. Some are won or lost on the way a ball bounces off a rim, while others offer the minimal drama of six batters up and six batters down.

But the sooner one sweat ends, the sooner the next one can begin, and the operators love that churn. The bettors, meanwhile, can get tremendous entertainment value from that action — as long as they’re responsibly adjusting the sizes of their wagers to account for the volume of bets they’ll make and the volatility of the outcomes.