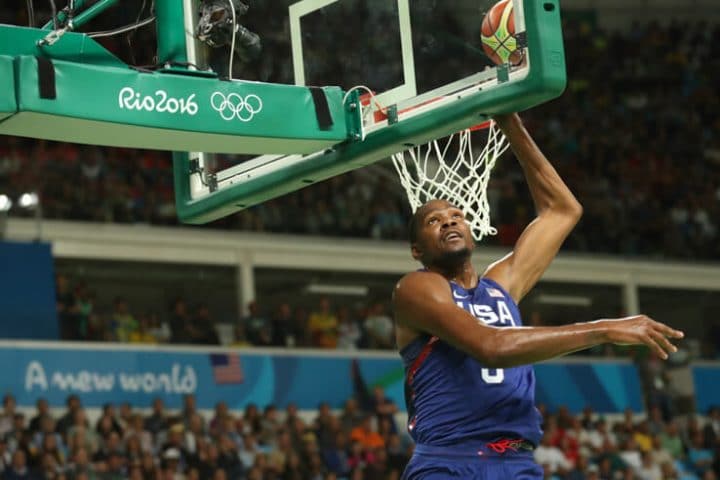 It was the least compelling futures conversation in all of sports betting. Heading into the 2018-’19 NBA season, you had two sensible options for betting on a team to win the title: Make a boring investment in the Golden State Warriors, at between -150 and -200 odds, in their pursuit of a three-peat; or don’t bet at all. To put money on any other team was, essentially, tantamount to replying to an email from a Nigerian prince with your bank account information.

But through the first six weeks of the NBA season, the Warriors are an almost ordinary 14-7, owners of the fourth-best winning percentage in the league.

Last week, pigs were spotted flapping their wings over the Golden Gate Bridge as the Warriors lost four games in a row. That was the first time the franchise experienced that in the last 450 games. It was the first time it happened since Steve Kerr became head coach.

Out came the headlines declaring the Warriors to be “in crisis.” And it wasn’t just that they were losing games, or even that they were losing them by wide scores — 28 to the Thunder at home, 19 to the Rockets, 12 to the Spurs. There was also the nasty infighting between Kevin Durant and Draymond Green, and the injuries to Stephen Curry (strained groin) and Green (sprained toe) that reminded you this stacked team is just one key boo-boo away from vulnerability once the playoffs begin.

If you bet Golden State at -200 before the season started, you probably aren’t feeling too great about it right now.

Is the price right on someone else?

Here’s a look at the current odds across five prominent online sportsbooks in New Jersey for the seven teams most likely to win the NBA championship (note that DraftKings and Play Sugarhouse, both powered by Kambi, have the same odds):

First question: Are the Warriors still a good bet at -160, the FanDuel price? FD and BetStars are the only ones that seem to have shortened their odds in the face of GSW’s rocky start. If you believe Green and Durant can put their personality clash behind them and that a semi-healthy DeMarcus Cousins will integrate effectively with his new teammates, then sure, it’s a decent price. There’s always the threat of a major injury hurting their title chances, but that’s true of every team.

So which of the other contenders is worth a longshot wager?

Boston was a mere +500 before the season started, and their struggles through 20 games have been shocking. On paper, they’re the deepest team in the NBA and they’re much healthier than last year’s squad that fell one win short of the finals, plus New Englanders would believe you if you informed them coach Brad Stevens had cured cancer. But they’re only 10-10 right now. At +800 on BetStars, you might not get a better opportunity to win this big on a team this talented. 8/1 seems a decent payout for the belief that this team will gel over the next five months and that either Curry or Durant won’t be at full strength in the spring.

They have the best record in the league right now at 17-4. They have a true superstar in Kawhi Leonard. At +900, it seems appealing. But it’s tough to win it all with just one elite player. And there might come a time when Toronto endures a losing streak and the Warriors get hot, enabling you to get the Raps at +1200 or so later in the season. Wait it out.

Like the Celtics, they’re an enormous disappointment sitting at .500. Unlike the Celtics, they’re not all that deep and it’s not so easy to envision Houston peaking for the playoffs. At the ridiculous +2000 odds at Caesars Casino, sure, take a flyer. But anywhere else, this is a team to stay away from, a team whose window might have closed last season.

The Jimmy Butler trade gave Philly a “big three” that clearly boosts their title hopes, and it feels like with one or two helpful role players added mid-season, the Joel Embiid-Ben Simmons-Butler nucleus might get them through the Eastern Conference playoffs. If they can start limiting Embiid’s minutes and keep winning (they’re currently 14-8), the +1600 at FanDuel is a good price — provided you have your doubts about Golden State.

Milwaukee is the team that feels more built for the regular season than the playoffs, and like Toronto, they have the “lone superstar” problem with Giannis Antetokounmpo (though Khris Middleton is developing a whiff of Pippen). If you got the Bucks at +10000 before the season, well done. But at +2000 or even +2200 now, it’s probably not worth it.

Their odds were way too short before the season began, at +1000. But they have the best player in the NBA — still — in 34-year-old LeBron James, they’re an encouraging 11-8, and however ill the thought of JaVale McGee or Lance Stephenson or Lonzo Ball playing significant minutes in a postseason game makes you, think of how different you’ll feel if LeBron works his magic to convince one all-star-caliber friend to join him in LA before the trade deadline. It’s a “multiple ifs” scenario; the Lakers need to add a major piece and have some bad injury luck befall the Warriors. But at +2300 odds, those two ifs and the best player alive make the Lakers quite possibly the smartest bet on the board.