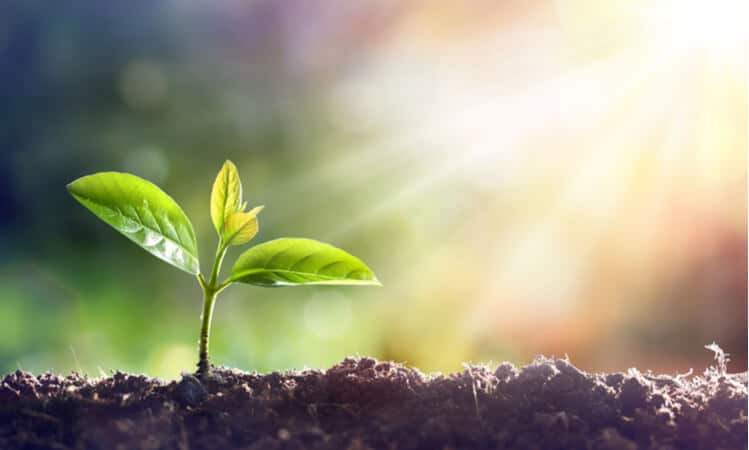 The U.S. expansion of online gambling is still in the early innings, a panel of CEOs of some of the sports betting industry’s leading firms said last week during the Betting on Sports America Digital conference.

The focus these days is on traditional sports wagering, a lucrative opportunity on its own. But sports betting has relatively low margins for an operator — its primary attractiveness comes by providing betting firms a foothold to offer more lucrative product verticals like online slots and table games in U.S. states, which all regulate gaming within their respective borders independently. To put it another way, casinos hold far less of the sports betting handle in the form of winnings than they typically do for other gambling offerings. One can see why sportsbooks have been viewed as an amenity for a casino.

BetMGM, a leading player in the states that have legalized some form of casino-style betting over the internet, sees the U.S. as the “biggest regulated market in the world” when it comes to iGaming, said the company’s CEO, Adam Greenblatt.

Greenblatt said that the adoption of online sports gambling, made possible by the mid-2018 U.S. Supreme Court ruling that effectively ended Nevada’s monopoly on single-game sports betting, is “happening faster than we had imagined.” That’s basically the industry consensus.

“There is an urgency to adopt sports betting that has frankly taken us by surprise,” he said.

Online casino/poker has been slower despite not needing a SCOTUS ruling, with legalization so far in only six states, compared to 15 for online/mobile sports wagering. Indiana is one state that has only online sports betting now and will consider an online casino/poker bill in 2021.

BetMGM, which offers online poker under the partypoker brand in the state of New Jersey, along with Borgata and BetMGM-branded online poker domains, has big plans for online poker down the road in the American market. BetMGM will soon offer online poker in Michigan and eventually Pennsylvania as well, but that’s just the tip of the online poker iceberg for the firm.

“I think we will see poker have a period in the sunshine,” Greenblatt said when fielding a question about the 10-year trajectory of the U.S.-regulated online betting market. “I think we will see shared liquidity across all states. … The U.S. will once again reclaim its position as a leader in that product vertical.”

If that happens within the next 10 years, that would put online poker’s comeback at about 20 years since the industry, which previously existed in a gray market in the U.S., hit a brick wall in the early 2010s. The partypoker online poker site was immensely popular in the mid-2000s before the platform exited U.S. cyberspace. Other operators continued and paid a price with online poker’s Black Friday in April 2011.

PokerStars, the world’s leading brand in terms of traffic and a competitor to BetMGM’s online poker product, stuck around in the U.S. to the bitter end before being forced to leave under a federal crackdown on unregulated online poker. PokerStars has changed hands multiple times since and is now owned by FanDuel parent Flutter Entertainment. It settled with the U.S. government, paving the way for it to pursue licenses in regulated U.S. markets. However, the company’s past unregulated dealings in the U.S. have plagued its effort to see online poker legalized in California, which is anticipated to be the nation’s top online poker state. BetMGM might find an easier path to market access in California.

Greenblatt is optimistic if you look at the past decade of online poker in the U.S. since Black Friday. Only a handful of states have regulated online poker, and just three — Nevada, New Jersey, and Delaware — share liquidity, albeit for a single network controlled by Caesars/888. Liquidity sharing has so far been a dud because Nevada and Delaware have such tiny populations.

If the results of the past 10 years are an indicator, online poker will need far more than another decade before poker players in all 50 states can log on and play a tournament or cash games against each other. But Greenblatt and BetMGM are bullish that online sports betting’s proliferation will prove decisive for online poker finally making a comeback. It is a natural fit for states with mobile sportsbooks.

One reason why states are rushing into sports betting is the concern surrounding corruption/game integrity. If one state sees its neighbor legalize and regulate wagering on sports, including collegiate competition, that provides an impetus for the unregulated state to bring the activity out of the black market as well. Officials are also pursuing tax revenue and seeking to prevent gaming dollars from flowing to neighboring states.

Of course, some states might never legalize online poker (Utah being an obvious example), so 50-state liquidity-sharing might be many, many years into the future, if it ever happens. There are also untapped gambling markets like Texas where it’s hard to prognosticate about online gambling’s authorization. But if we’re talking about online poker networks becoming available to the vast majority of the U.S. population, that seems like a bet worth making as sports betting continues to go more mainstream, providing that launching pad for iPoker adoption.

A final resolution to the nearly decade-long saga of the legal interpretation of the 1961 interstate Wire Act, which online gambling opponents have used successfully to some extent to slow U.S. expansion, will also bode well for online poker proliferation over the next 10 years.