Four major operators get the green light to take bets, while five more wait in the wings 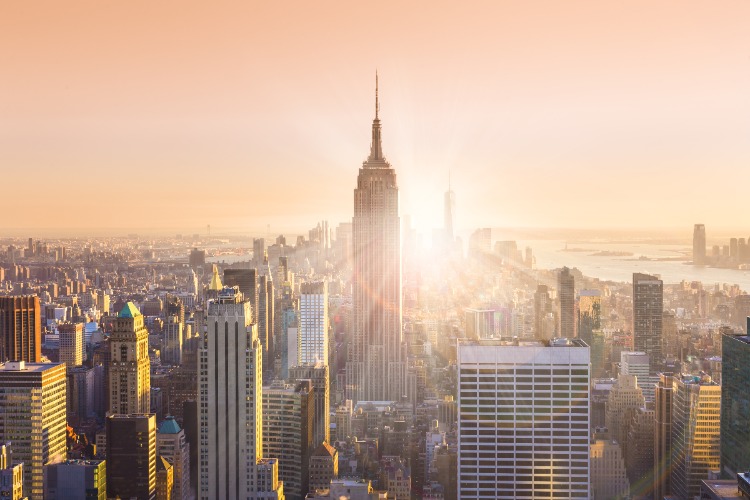 FanDuel, Caesars, DraftKings, and Rush Street Interactive (BetRivers) are the four operators, and when the first goes live, it will make New York the biggest U.S. state by population to offer digital wagering.

BetRivers, DraftKings, and FanDuel have plans to launch Saturday morning, but it’s not clear when Caesars will launch. FanDuel will offer a $100 site credit upon signup.

The timing means that bettors will be able to wager on the final weekend of the NFL regular season as well as Monday’s night’s College Football Playoff national championship between Alabama and Georgia.

“The long-awaited launch of online and mobile sports betting in New York – the largest online sports betting market by population in the United States – is here, and just in time,” Rush Street Interactive CEO Richard Schwartz said via press release. “With the college football championship game on January 10th and NFL playoffs approaching, and the NBA and NHL seasons in full swing, in addition to countless other sports and betting options available for play, fans have endless entertainment at their fingertips at BetRivers.”

Sports betting operators have been aiming toward a pre-Super Bowl launch in New York since then-Gov. Andrew Cuomo wrangled a deal for legal sports betting last spring, but the process has been fraught with delays, speculation, and, at times confusion. The model — which calls for operators to pay a 51% tax on gross gaming revenue to the state — is not considered business friendly, but major operators want a foothold in New York for the cache and exposure that it brings.

“I guess the grand experiment of mobile in New York at one of the highest tax rate begins, and we’ll have to see if operators can find a way to make money while drawing bettors, not just from the illegal market, but from other neighboring states,” Brendan Bussmann, a partner at gaming consulting firm Global Market Advisors, told US Bets. “I think obviously this is the biggest state to go live with mobile, but the challenge that still exists is that it’s not an ideal model for consumers, not an ideal model for operators, and it leaves money on the table for the state.”

No timeline for other five operators

In the almost four years since the Supreme Court struck down the Professional and Amateur Sports Protection Act and made sports betting a states’ rights issue, nearly all of New York’s neighbor states have begun offering statewide mobile wagering. The case originated in New Jersey, which then became the second state behind Delaware to offer legal wagering in June 2018. New Jersey has long been capturing wagering traffic from New York. In Pennsylvania, mobile operators began taking bets in 2019, and in Connecticut, operators went live in October.

New York regulators will ultimately license nine platforms to offer statewide mobile wagering, but for now, Bally’s, BetMGM, PointsBet, ResortsWorld, and WynnBet will be on the sidelines. According to the New York State Gaming Commission, those five will “continue to work towards satisfying statutory and regulatory requirements” for license and approval.

“Today’s announcement by the New York State Gaming Commission that four of the nine licensed Mobile Sports Wagering Operators have been approved to begin operations starting on Saturday, January 8, 2022, is great news for New York in terms of revenue, new funding for education, addiction programs and youth sports, as well as new jobs,” said New York state Sen. Joe Addabbo in a press release. “I want to thank the Gaming Commission for their efficiency in ensuring that these operators met all of the requirements to bring their mobile sports betting product to the people of New York ahead of the NFL playoffs.”

Late last year, the Seminole Tribe in Florida launched its Hard Rock digital platform and at the time became the biggest state by population to offer mobile wagering. A court threw out the Seminoles’ compact with the state, however, and the platform was shut down in December.

That means that of the four biggest states in the U.S. — California, Texas, Florida, and New York — the Empire State is the only one with legal sports betting. California voters could legalize some sort of wagering on the November ballot (there could be as many as four initiatives) while Florida voters could approve statewide mobile wagering via a proposal DraftKings and FanDuel are attempting to place on the ballot. The Texas legislature is not in session this year, and no possibility of legalization there is imminent.