Federal judge demands end to 'snarky' filings by each side 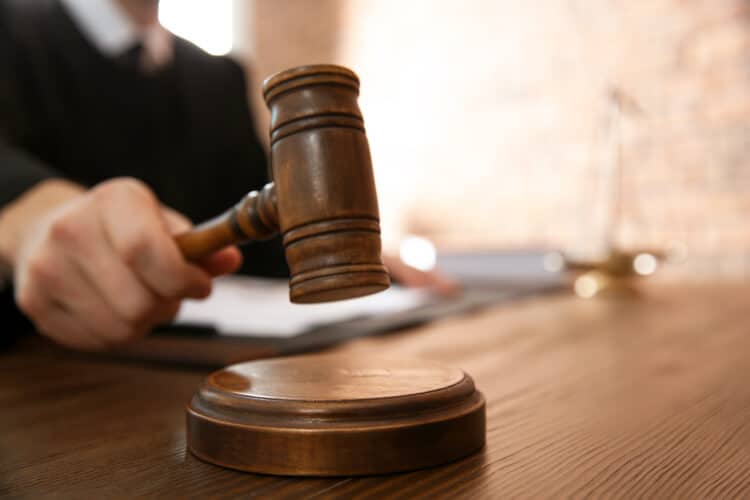 By their very nature, many lawsuit filings contain contentious remarks. But in a ruling last week in the case of an Australian sports betting company battling with its former U.S. CEO, Magistrate Court Judge Nancy J. Koppe took the unusual step of insisting on more decorum as the case continues.

“The Court is dismayed by the snarky tenor of the papers,” Koppe wrote on Wednesday. “Such sniping may impede the ability to advance a client’s interests and and may erode the credibility of the attorney(s) engaged in such conduct. The privilege of practicing in this courthouse requires professionalism and civility not exhibited in the pending motion practice. Counsel must do better moving forward.”

The case pertains to a lawsuit and a counterclaim pitting sports betting firm PlayUp — licensed to offer sports betting in Colorado and New Jersey — against ex-CEO Dr. Laila Mintas, a prominent figure in U.S. gaming industry circles. PlayUp has contended that Mintas threatened to “destroy” the company after a contractual battle late last year, while Mintas has countered that PlayUp has defamed her in an attempt to deflect attention from their own misdeeds.

The latest disputes have been about whether deadlines to file certain paperwork can be extended.

The addition of new counsel for PlayUp led to a request for a 45-day extension to file a response to Mintas’ counterclaim. An attorney for Mintas agreed only to a 30-day extension.

Judge Koppe, seemingly unimpressed by either argument, set an extension for the exact midpoint: 37-1/2 days, or March 7, 2022. PlayUp also sought further time to amend its complaint, a request that was denied.

In a Jan. 25 filing, a PlayUp attorney cited a “lack of professionalism exhibited by opposing counsel” due to an alleged failure to reply to a communication by phone in a timely manner. A “lack of good faith” also was cited as the reason for the opposition to extend the deadline for a filing.

That court document came in response to Mintas’ claim a day earlier that the change of attorneys by PlayUp demonstrated the company’s “gamesmanship and ‘bait-and-switch’ approach.” Mintas also alleged that PlayUp’s key executives “have undertaken a concerted effort to destroy her career and are using this Court to do so.”

The origin of the case

Mintas, who earned $500,000 annually at PlayUp, sought to double her salary as reward for her success in launching the company’s betting platform in two states and making major progress in several others.

But after negotiations were underway, PlayUp filed a lawsuit on Nov. 30 — the day the contract with Mintas ended — claiming that Mintas had sabotaged a proposed $450 million deal for the sale of the company to cryptocurrency firm FTX.

PlayUp gained an initial temporary restraining order against Mintas to prevent her from further harming the company, based on PlayUp’s assertions. But on Jan. 10, Mintas won a denial of an injunction against her.

“The threat that was claimed by the plaintiff seemed very real at the time; and under the circumstances, the Court issued the order that was necessary,” U.S. District Court Judge Gloria Navarro wrote in her ruling. “But now we have more information. The plaintiff has failed to demonstrate that the defendant (Mintas) breached the non-disparagement provision under the employment agreement. … It was just as likely or more likely that the actions of [Playup Worldwide CEO] Daniel Simic are the ones that caused the negotiations [with FTX] to cease irreparably.”

The key to the change was that Mintas submitted an email from FTX executives indicating that the deal collapsed based on the details of a mid-November meeting between Simic and FTX in The Bahamas — not due to a subsequent meeting between Mintas and FTX.

The email, Navarro wrote, “was definitely relevant to the issue at hand and does certainly place things in a much different light.”