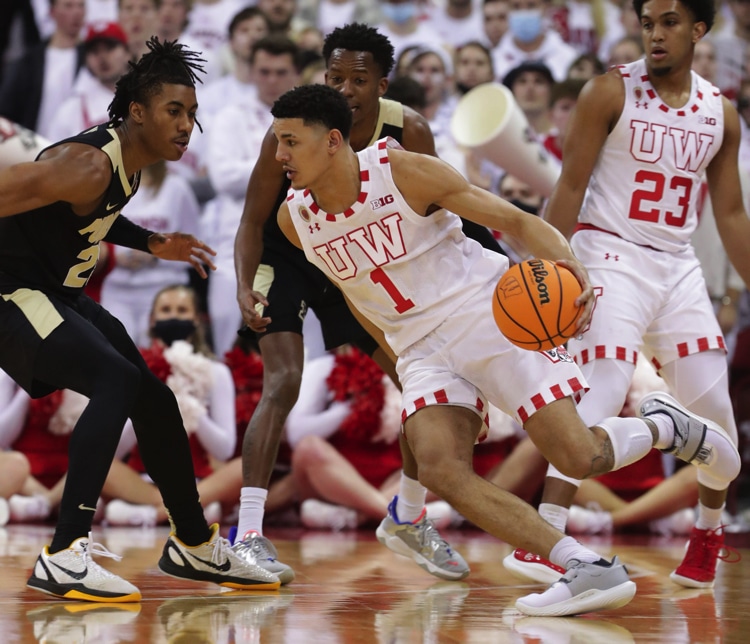 The Big Ten tournament gets underway Wednesday afternoon in Indiana, with the 14-team league likely to send at least half of its members to next week’s NCAA Tournament. Some teams at Lucas Oil Stadium are playing for seeding in the 68-team field, while a few are playing for their postseason lives.

A meat grinder of a regular season finished with Illinois and Wisconsin crowned co-champions after the Badgers were unable to lock up an outright title Sunday in losing to Nebraska. That enabled the Illini to claim the No. 1 seed for the conference tournament.

Third-seeded Purdue and No. 4 seed Rutgers also received byes to the quarterfinals, which means those teams only have to win three games in as many days to claim the conference’s automatic bid to the NCAA Tournament. Teams seeded five through 10 have to win four games in four days for the title, while the bottom four seeds beginning play Wednesday — Penn State, Nebraska, Northwestern, and Minnesota — must perform the Herculean task of winning five games in five days.

History shows the value of the double bye, as since the Big Ten tournament started in 1998 only three teams have won four games in four days: Iowa in 2001 and Michigan in both 2017 and 2018. Illinois was the lowest-seeded team to reach the championship game, doing so as a No. 10 seed in 2008 before losing to Wisconsin.

This year’s No. 7 seed, Michigan State, has the most tournament titles with six, while sixth-seeded Ohio State has a conference-leading nine finals appearances. Northwestern, Maryland, Rutgers, and Nebraska have yet to play a championship game, and it appears only the Scarlet Knights have a legitimate chance among the four to end that drought this week.

Boilermakers continue to be attractive pick

Purdue (25-6), seeking its first conference tournament title since 2009 and second in school history, was in the Big Ten title hunt for most of the season before late back-to-back losses at Michigan State and Wisconsin. The Boilermakers swept regular-season co-champ Illinois but were themselves swept by the Badgers.

Paced by Jaden Ivey and Zach Edey, who combine to average 31.9 points and 12.3 rebounds, the Boilermakers remain the oddsmakers’ choice to cut down the nets in their home state. BetMGM is offering the best play for Matt Painter’s team at +250 followed by Betway at +220. FanDuel, Caesars, and WynnBET are the other books offering at least +200 for a Purdue title.

The Illini (22-8), who claimed the No. 1 seed by virtue of an 80-67 win at home over Wisconsin on Feb. 2, are a consensus second option except at Caesars, where they are jointly second with Iowa at +350. DraftKings is the best play for Kofi Cockburn and company at +380, though Illini fans who reside in the Land of Lincoln must trek beyond state lines to make that play as futures wagers involving in-state schools are still forbidden.

Making pre-game wagers on Illini games in person at retail sportsbooks in Illinois is permitted. That means waiting an extra day as the Illini face the Michigan-Indiana victor in Thursday’s quarterfinals. That matchup between the eighth-seeded Wolverines (17-13) and ninth-seeded Hoosiers (18-12) could also serve as a de facto play-in game to the NCAA Tournament.

The Wolverines are a +2100 option at FanDuel, which is an outlier compared to the band ranging from +1000 to +1400 elsewhere. They will get a boost in the return of coach Juwan Howard after his five-game suspension for hitting Wisconsin assistant Joe Krabbenhoft in the handshake line following a loss to the Badgers last month.

The Hoosiers, meanwhile, staggered down the stretch in losing seven of their final nine games, a run that included going 0-5 against ranked opponents while failing to help themselves. Michigan rolled to an 80-62 victory at Indiana in the lone meeting between the teams in January.

Badgers and Scarlet Knights can play the disrespect card

One would think having the Big Ten Player of the Year in Johnny Davis and Coach of the Year in Greg Gard, in addition to owning a share of the conference crown, would lead Wisconsin (24-6) to receive respect from oddsmakers. That is not the case, however, as the Badgers are a clear-cut fourth option behind the aforementioned Illini and Boilermakers as well as Iowa (22-9). FanDuel is the best play for Badger-backers at +1000, with WynnBET alone in second at +850.

Rutgers (19-12), which is on track to make back-to-back NCAA Tournament appearances for the first time in 46 years since its first two berths in 1975-76, is also getting no love from the sportsbooks. The overachieving Scarlet Knights — unavailable to New Jersey-based bettors as an option — are a whopping +3500 play at Caesars and +2000 at FanDuel and WynnBET. Even the shortest odds of +1200 at BetMGM are arguably worth a flyer considering the Knights have wins over all three teams seeded above them.

On the other end of the respect card are the Hawkeyes, seeded fifth and with odds as short as +350 at Caesars and no longer than +600 at BetMGM. Paced by the Big Ten’s leading scorer in Keegan Murray (23.3 ppg), Iowa, which is fifth in the nation in scoring at 83.3 points per game, was denied a top-four seed with its season-ending loss at Illinois Sunday that snapped a five-game winning streak.

Rounding out the top half of the draw are Ohio State (19-10) and Michigan State (20-11), seeded sixth and seventh, respectively. They are separated by just one game in the conference standings, but oddsmakers value the Buckeyes more with a narrow futures band of +1000 at Betway to +1500 at WynnBET.

The Spartans, who have occasionally showed their limitations offensively but also beat the top two teams in their half of the draw in Wisconsin and Purdue, can be grabbed as high as +2500 at Caesars, DraftKings, and Betway and have odds as short as +1400 at BetMGM and +1600 at BetRivers.