Borgata Blunt On Bond’s Baccarat: The Latest In The Phil Ivey Saga

In its latest play to get $10 mm back from poker pro Phil Ivey, Borgata is admitting baccarat is a game of pure chance that favors the house. 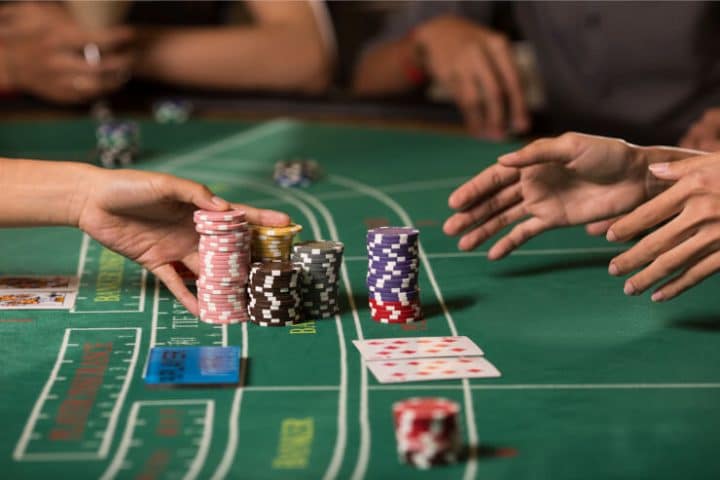 For those who don’t gamble — and even for some that do — it’s easy to believe that the James Bond character playing baccarat in so many films has some cunning strategies that would allow him to “beat the house.” The game does seem awfully glamorous in those old movies.

But last week, attorneys for the Borgata casino in Atlantic City bluntly laid out what any potential baccarat player should already know.

“Played as intended, Baccarat is a casino card game of pure chance, like roulette (where the patron places her bet and whether she wins or loses depends entirely on where the ball randomly falls),” wrote the attorneys. “Significantly, once the patron places a wager, Baccarat involves no further decision-making, skill, or strategy — unlike blackjack, poker, craps, and other casino games in which the patron has the opportunity to exercise additional choices or wagers as cards are dealt or the play advances. Put differently, whether the patron wins or loses any individual hand of Baccarat is as random as flipping a coin.”

This attorney statement was designed to convince the U.S. Third Circuit District Court to uphold its decision to direct poker pro Phil Ivey to pay back $10 million he won at mini-baccarat during four visits in 2012. The description of baccarat is all true, of course — though it underscores how bizarre the saga really is.

You be a Borgata executive

Let’s go back to April 2012. Ivey informs Borgata that he wants to pay a visit and play mini-baccarat. He wants all sorts of perks: a private room, dealers who are fluent in Mandarin Chinese, purple Gemaco mini-baccarat cards, a max bet of $50,000 per hand, and so on.

What do you do if you’re a Borgata executive? Of course you welcome Ivey with open arms. It’s good for the casino — guests who notice Ivey gambling there may feel as if they’ve come to the right place.

Ivey insists that a woman — Cheung Yin Sun — accompany him throughout play. Maybe, you speculate, Ivey is trying to impress his lady friend with how bold he is.

Well, in 16 hours, Ivey wins $2.4 million. The lady indeed would be impressed — that is, if Sun wasn’t the one who could detect the microscopic defects on the backs of those playing cards, and if she hadn’t suckered the dealers into orienting the cards in such a way that Ivey eventually had a “first card knowledge” that enabled him to adjust his bet depending on roughly what the identity of the first card would be.

Ivey wants to return in May. As a Borgata casino executive, you’re happy to have him back. Maybe you’ll get all of your money back.

Let’s see here: You have a poker player who has won tens of millions and will soon have 10 WSOP bracelets, but he wants to spend his time at your establishment playing a game of total luck. And he has somehow taken you for $4 million already, and he has some curious demands about the cards, and he has a mysterious sidekick.

Would you invite Ivey back? Well, Borgata did. And with the new limit, he pocketed another $4.7 million.

And that was the end of … no, no it wasn’t. Borgata invited Ivey back again in October 2012. Ivey was doing well, but early in the visit, Borgata officials apparently got wind of a previous gambit by Ivey and Sun that beat a London casino out of about $10 million as well.

So Ivey departed Atlantic City with a mere $825,000 in winnings on this trip, while directing the casino to wire his winnings to his overseas bank as usual. So Borgata did.

New wrinkles in the saga

The latest filing by Borgata turned up some details I hadn’t noticed before in five years of covering this high-stakes conflict. One is that the deal between Ivey and Sun was a 50-50 split.

Another is that “In December 2011, Sun had engaged in edge sorting at the Foxwoods casino with two playing partners and won over $1 million.” I knew that she had previously won big overseas, but not here. At the time, Foxwoods was operated by MGM, as is Borgata — and there is quite a story behind why Sun picked MGM to fleece.

Meanwhile, Borgata attorneys are wisely taking aim at the most obvious case in favor of the other side: If Ivey and Sun never touched the cards, how did they render the game unfair? (It’s part of why one attorney following the case gives Ivey a significant chance of victory.)

“[I]t is not the act of ‘marking’ a card that violates the [Casino Control Act], but rather the ‘use’ or ‘possession’ of the marked card that violates the CCA,” the attorneys write. “Thus, the statute prohibits using cards that were marked by others. It does not matter that Ivey and Sun hoodwinked an unwitting accomplice, rather than an active conspirator. Even an innocent aide can create liability for principals like Ivey and Sun.”

They even offer a different example: You can be convicted of battery even if you never touch the victim — such as by deceiving them into drinking a poisoned beverage, for instance.

Another notion taken on by the attorneys is the idea that Borgata, filing its suit two years after the losses, had missed out thanks to a six-month statute of limitations. That applies to “illegal gambling,” which Ivey says this was based on the ruling. But Borgata’s stance is that the game was legal — just unfair — so the time limit is six years, not six months.

“Ivey and Sun’s failure to abide by the CCA did not void the parties’ agreement; it breached their contract. Ivey and Sun’s argument is independently foreclosed by the doctrine of unclean hands, which permits the court to refuse equitable relief to a wrongdoer with respect to the subject matter of the suit.

“Logically, a court should not grant relief to one who is a wrongdoer with respect to the subject matter in suit.”

A peek inside baccarat

How do you play baccarat, anyway? The filing explains:

“Baccarat is played with eight decks of cards placed in a dealing device called a ‘shoe.’ At the beginning of each round, the casino patron bets on the relative values of two hands of cards before they are dealt. Baccarat’s objective is to bet on the hand with a total value closest to 9. Tens and face cards are counted as 0. All other cards are counted at face value, with Ace as 1. If the total face value exceeds 9, then the first integer of the total face value is dropped to calculate the score. The scores of hands range from 0 to 9; neither hand can ‘bust.’

“In Baccarat, the casino maintains a mathematical advantage over the patron. It has an advantage of approximately 1.06% on banker bets and 1.24% on player bets.”

But Ivey’s scheme flipped the percentages, and then some: He had an overall edge of 6.8%.

As for why Borgata let Sun be so involved in the hands:

“Baccarat is a casino game well known for unique and superstitious rituals, including patrons asking dealers to let them ‘peek’ at cards before they are placed on the gaming table.

“When Ivey and Sun began playing, the dealers would let Sun peek at the value of each card before turning it over but after bets were placed.

“Put differently, the terms ‘good’ or ‘bad’ had nothing to do with any card’s value. That was simply deceptive nomenclature to mask Sun’s direction to have the card’s back edges oriented so that on subsequent passes through the shoe she could know whether the first card was strong or not.”