Bring Back The November Nine! (At Least This Year, Poker Could Have Used It)

With four tables to go, one thing is for sure: There won't be a big star at this year's WSOP Main Event final table. 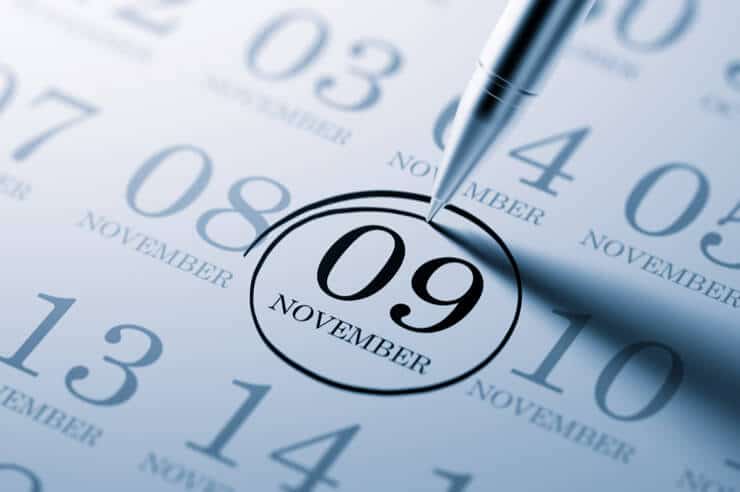 From 2008 through 2016 — a span of, fittingly, nine years —the World Series of Poker Main Event employed the “November Nine” concept. Play halted for about four months once the final table of nine was set in July, ESPN aired its edited coverage throughout September and October, and then the final table began with live-ish coverage (usually on a 30-minute delay) after audiences had gotten to know the competitors.

We’re now in Year Three of the post-November Nine era, and most poker fans seem to be pleased with that. The four-month delay was bad for the integrity of the play, with momentum halted, players getting coaching and returning with new styles, and usually a player or two showing up in November more risk-averse than before and playing mainly to ladder up a spot or two on the pay chart. The “N9” experiment had run its course, most said.

This year’s WSOP Main Event final table begins on Sunday, continues Monday, and finishes Tuesday. As of publication of this article, we’re at 35 remaining poker players, one day of competition away from knowing who the final nine will be.

But already we can say with certainty that there will be no stars at this final table.

We’re not just talking about a lack of household names. We mean there isn’t anyone among the top, oh, 300 or so most famous poker players alive among this final 35.

This year, the November Nine format really would have come in handy.

Unfortunately, rooting for superstars to reach the final table is often an exercise in futility.

Here are the biggest names entering each final table since the November Nine began:

Out of 11 years, you had two true superstars (Ivey and Mizrachi), one former champ who was probably just one notch below superstar status (Cada), and a bunch of final tables where the biggest name was a B-lister at best.

This year is shaping up to be less star-studded than any of them.

Day 6 on Thursday was a bloodbath for recognizable names, and it all happened within the first few hours of play.

After Day 5 ended with three-time Super Bowl champ Richard Seymour and the last woman in the field, Jill Bryant, both bounced, arguably the six biggest names to start Day 6 went down between 102nd and 79th place. First it was four-time bracelet winner Jeff Madsen. Then former World Poker Tour Player of the Year Mukul Pahuja. Then two-time (in the early boom era) WPT champ Alan Goehring. Then Chad Power, who got a lot of TV time during his deep Main Event run in 2015. Then Antonio Esfandiari, the one hope for a true superstar to make it to the end. And lastly Daniel Hachem, son of ’05 champ Joe Hachem, not himself a star, but with a surname to stir interest.

So who’s the biggest name remaining?

Maybe it’s Michael Niwinski, the affable Canadian amateur who finished 15th in the Main Event in 2016. It could be Brazil’s Yuri Dzivielevski, who won his first bracelet three weeks ago. Most likely it’s Italian pro Dario Sammartino, who has more than $8 million in live tournament earnings, but has never won a bracelet or any other kind of major tourney.

No offense intended, but there’s not even a B-lister among them. Oh, and there’s no guarantee that any of those three players makes the final table. A final nine without a single player even hardcore poker fans had heard of two weeks earlier is a very real possibility.

If this was the “old days,” the ESPN production team would have surveyed the scene after Day 7 and gone back and edited the product, as best it could, to tell the stories of the final nine players. The WSOP Main Event wasn’t a sports broadcast; it was a form of reality TV, for better or worse. ESPN could have carefully constructed a few narratives to make whoever this final nine ends up consisting of more interesting than they seem based on a simple glance at the names.

Instead, ESPN and PokerGO are broadcasting this tournament live-ish, on that 30-minute delay so they can show hole cards. You can reasonably debate what you like better as a viewing experience: Lon McEachern and Norman Chad having time to script out some riffs and only highlight hands making it to air, or having poker pros like Jamie Kerstetter joining them in the booth to provide more serious poker analysis in real time.

But this year, without a delay until November, generating interest in the final table is going to be tough.

And they don’t even have a star to build a Day 7 sweat around. When Daniel Negreanu fell just short in 2015, he kept fans tuned in long enough to get to know Joe McKeehen, Neil Blumenfeld, Tom Cannuli, etc. Last year, Cada fell in fifth place, and by then, after pulling hard for Cada to do the unthinkable and become a two-time champ, we were deeply invested in the likes of John Cynn, Tony Miles, and Michael Dyer.

The name or the game?

How much do stars matter?

In some sports, the answer is not much. The Super Bowl is going to draw enormous ratings no matter who’s in it because America loves NFL football. The teams and their markets matter a little, but individual players make minimal difference.

The NBA is more star driven, although some will debate the relative merits of LeBron James’ popularity vs. LeBron James fatigue. The fact is, with the NBA in its current state, it’s almost impossible for a team without a superstar or two to get to the finals anyway.

Then there are individual sports. In boxing and MMA, it’s all about the names. Few people tune in because of the title belt that’s at stake. They order the pay-per-view because they love Jon Jones or Canelo Alvarez or because the particular matchup excites them.

In a dream world, we’d have a Chris Moneymaker or a Phil Hellmuth or a Negreanu at the WSOP Main Event final table every year. Or even better, we’d have two or three legit household names competing for the ultimate poker prize.

But since we can’t realistically expect that, it’s worth asking the question of whether a solid B-plus-lister or two at the final table makes a tangible difference. If, say, Jeff Madsen had made it this year, would that have moved the needle? What about Daniel Hachem — is his the kind of story that would have drawn mainstream media attention?

It’s irrelevant now; there is no November Nine this year, and we know that a grand total of zero of the players who survive Friday’s Day 7 action will be legit stars.

About all that poker fans have to root for now is a final table without any tankers. As long as Sunday night’s broadcast isn’t slowed down by anybody taking 45 seconds to make every auto-fold, that would feel like a victory at this point.