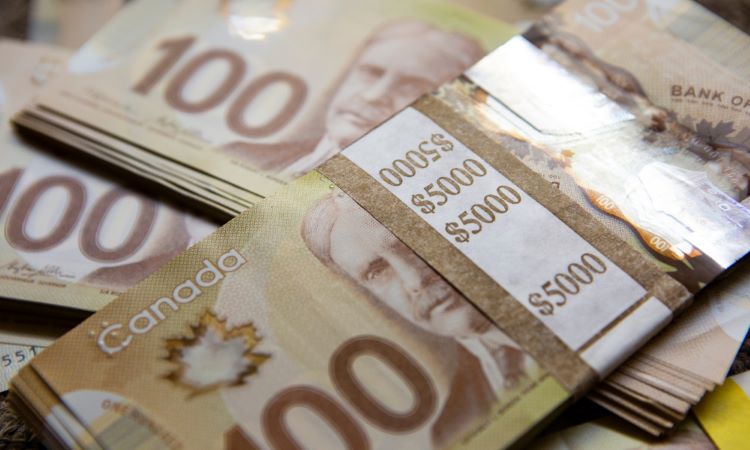 An 1,800-page report commissioned by the the province of British Columbia has confirmed that large amounts of cash were laundered through provincial casinos between 2008 and 2018.

B.C. Supreme Court Justice Austin Cullen was appointed to lead the inquiry in the wake of significant public concern about money laundering in British Columbia. Cullen and his team took three years, held 138 hearings, and reviewed 198 witness reports and 1,000 exhibits before making the report public on Wednesday afternoon.

“I hope that today will mark a turning point for the way that governments deal with money laundering in this province,” Cullen said during a press conference. “Sophisticated money launderers have used British Columbia as a clearinghouse for laundering an astounding amount of dirty money. Even though we cannot accurately put a dollar figure on the amount of money laundering that takes place, I include in my report that it’s a vast amount.”

The Commission of Inquiry into Money Laundering in British Columbia Final Report has been publicly released. You can see it here: https://t.co/uU2ngd4aYi.

— Commission of Inquiry into Money Laundering in BC (@CullenInquiryBC) June 15, 2022

The ill-gotten gains were frequently delivered to casino patrons at, or near, Lower Mainland casinos late at night by unmarked luxury vehicles. These patrons, who the report said were not directly involved in the criminal activity that generated these funds, in some cases held significant wealth in China and acted as cash facilitators by gambling the illicit funds in the casinos. Whether they won or lost, they would repay the cash advance to the criminal organizations in a form other than cash, usually via electronic fund transfers in another jurisdiction to avoid Chinese export restrictions.

“It often consisted predominantly of $20 bills, oriented in a non-uniform fashion, bundled in ‘bricks’ of specific values (as opposed to number of notes), bound with elastic bands, and carried in shopping bags, knapsacks, suitcases, gym bags, cardboard boxes, and all manner of other receptacles,” the report said. “It should have been apparent to anyone with an awareness of the size and character of these transactions that Lower Mainland casinos were accepting vast quantities of proceeds of crime during this time period.”

Cullen blamed the British Columbia Lottery Corporation and several provincial ministers for not acting on the blatant money laundering, despite warnings from multiple levels of law enforcement.

“BCLC resisted these calls for action and continued to allow these transactions, almost without exception,” the report said.

However, in 2014 BCLC reported nearly $200 million in suspicious transactions to FINTRAC, the national financial intelligence agency of Canada. These suspicious reports included 595 separate transactions with a value of $100,000 or more, according to the report.

The report also found that criminals laundered money through B.C.’s luxury goods and housing markets, although Cullen believes this activity did not impact the price of local real estate. The total amount of illicit funds laundered through the British Columbia economy is estimated to be in the billions of dollars, according to the report.

Cullen concluded that the failures of politicians, government officials, and regulators to act on the suspicious funds entering the provincial revenue stream were not motivated by corrupt purposes. He also found that law enforcement, primarily the Royal Canadian Mounted Police (RCMP), exhibited a lack of priority but had inadequate resources to properly investigate the initial money laundering suspicions of British Columbia’s Gaming Policy and Enforcement Branch (GPEB) in 2008.

The GPEB identified a significant increase in suspicious cash transactions in casinos at that time, before the size and frequency of these transactions peaked in the mid-2010s.

Cullen made exactly 101 recommendations as part of his report, most importantly suggesting that the province appoint a dedicated anti-money laundering commissioner. He also believes the threshold for gamblers to provide proof of the source of their funds for casino transactions conducted in cash be lowered from $10,000 to $3,000.

Big takeaways: 1. Commissioner Cullen found that Fintrac’s reporting regime is essentially wasteful and the
“RCMP’s lack of attention has allowed for the unchecked growth of money laundering since at least 2012" in BC.

The province of British Columbia is home to roughly 5 million Canadians and has 34 casinos and community gaming centers.