Legislation that seeks to end a gambling expansion stalemate in California was filed last week, but a lot of work still needs to be done. 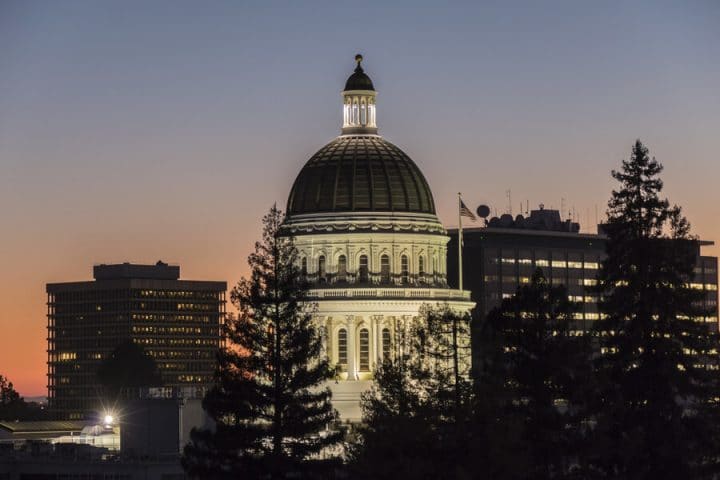 By far the nation’s largest untapped sports wagering market is now on the table for more serious consideration.

Late last week, a pair of California lawmakers unveiled fleshed-out plans for a path to legalize sports wagering in the Golden State. California, home to a population about equal to Canada’s, could see more than $30 billion in annual wagers.

In the two years since the Professional and Amateur Sports Protection Act of 1992 fell before the U.S. Supreme Court in May 2018, about $22 billion has been wagered legally.

California’s handle could be about double those projected in Texas, New York, and Florida, respectively. Like California, none of those has yet legalized full-fledged sports wagering that includes an online/mobile component, although New York has retail wagers within casinos.

What’s in the bill

Under the proposal, California tribal casinos and commercial racetracks would have sportsbooks. The controversial commercial card rooms, which the tribes say violate state law with some of their offerings, could continue to run so-called designated player games.

The legislation would allow the sportsbook operators to have online/mobile platforms.

The proposal would allow just one sports wagering skin.

Retail wagering would be subjected to a 10% tax rate, while online/mobile would face a 15% rate.

Those tax rates fall in about the middle of what other states have enacted for their respective markets. The lowest rate out there is Nevada’s 6.75%, for example, with Pennsylvania’s 36% at the high end.

Advocates in the state tried for about a decade to pass legislation to legalize and regulate online poker, but the bills failed to gain traction because of disagreements on who could offer it.

Many of the tribal casinos didn’t think the commercial casinos, which have been accused of offering illegal games, should be involved with online poker. Online poker hasn’t been considered for several years.

Earlier this year, California got the ball rolling on its sports wagering debate. The coronavirus pandemic has resulted in the state looking for new ways to generate revenue.

Full recap on the sports betting hearing in California on Wednesday.

The gambling expansion proposal likely faces a steep uphill battle, even though it attempts to appease all stakeholders in the massive gambling market.

The legislation needs a two-thirds approval in both legislative chambers in order to be put up to voters in November. A majority of voters would then have to sign off in the general election. If the tribes oppose the bill, they will more than likely be able to defeat it at the ballot box.

Even with statewide online/mobile sports wagering, the tribes reportedly oppose the card rooms being able to offer the house-banked games that the legislation would explicitly authorize.