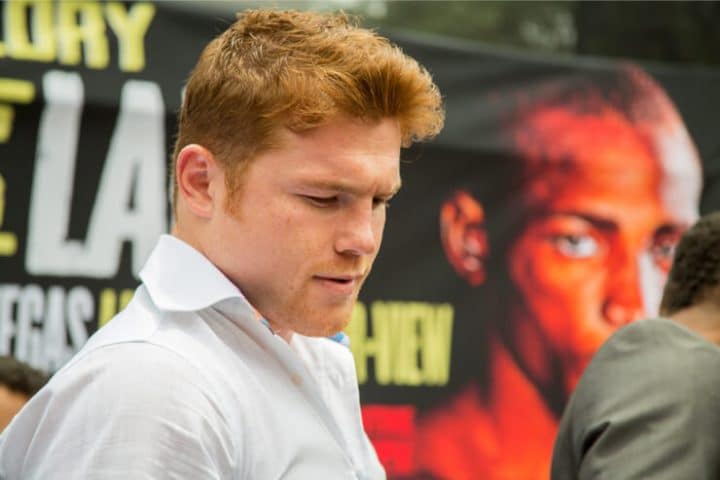 It’s a fun thought experiment: What would the odds have been on Apollo Creed vs. Rocky Balboa I?

Probably something similar to what we saw in Mike Tyson-Buster Douglas, leaving Creed bettors sweating to the end after laying massive money on the favorite, while Balboa dreamers would get their hopes crushed during the scorecard reveals. The only big winners would have been those who took Apollo on points, at, what, about a +500 longshot?

The odds aren’t quite as astronomical for this Saturday night’s fight at Madison Square Garden in New York City, pitting another longshot Rocky, Liverpool’s Michael “Rocky” Fielding, against a Creed of sorts, a top-five pound-for-pounder and the biggest star in boxing below the heavyweight division, Mexico’s Saul “Canelo” Alvarez. But the odds are wide enough to make this fight, a mismatch on paper, extremely difficult to bet profitably.

Looking at the New Jersey online sports betting options, at FanDuel Sportsbook, Canelo is -2000, Fielding is +900. At DraftKings Sportsbook and Play Sugarhouse (both sites/apps are operated by Kambi), the favorite is -1667, the underdog +800.

Anywhere you look, there’s a massive vig, a huge gap between the favorite and the underdog making it nearly impossible for the house to lose money. This isn’t like what the Mirage was offering on Douglas-Tyson in 1990, where Douglas closed at +3700, Tyson at -4200. Nowadays, a perceived boxing mismatch turns the bettor into a prohibitive underdog.

If we can agree that neither a straight-up bet on Alvarez or Fielding is great value, even at the best possible prices of -1667 and +900, respectively, where can a bettor find something worth wagering on?

All 15 experts polled by ESPN predicted that Canelo would win by knockout. At FanDuel, Alvarez by KO (which also includes TKO and DQ) is -300. That’s pretty solid value. (The same bet is -400 at DK.)

But, of course, there’s risk. Alvarez is moving up from 160 pounds to 168 for this fight — essentially cherry-picking a belt against a borderline world-class opponent to be able to call himself a three-division champion — and it’s possible that Canelo, who will be giving up six inches in height to go along with probably a handful of pounds, will find his punches less effective than usual against a bigger man. The possibility of Alvarez dominating the fight but deciding after about 10 rounds that he’s unlikely to get the knockout and coasting across the finish line looms.

If you’re in the market for more bang for your buck, you can zero in on a round or group of rounds. In his lone defeat, Fielding got caught early and stopped in one round by Callum Smith. History repeating is worth +1800 at FanDuel.

For those who’d prefer to leave the winner out of the equation, FanDuel has the over/under on rounds at 6½, with a -112 price in either direction. DraftKings set its line higher, at 7½ rounds, but it’s -159 to take the under and +120 for the over.

In light of the draw verdict in the Tyson Fury-Deontay Wilder fight two weeks ago, it might be tempting to bet on a tie, which is a healthy +3700 at FanDuel. The problem is, that “always hedge with a few bucks on the draw” theory typically only applies to fights that seem competitive on paper. Fury-Wilder was such a fight. The first Alvarez-Gennady Golovkin fight, which ended in a controversial draw (is there such a thing as a non-controversial draw?) also qualified. Betting the draw in Alvarez-Fielding basically means you think Fielding can win and the judges will shaft him via the draw.

Further down the card …

The Alvarez-Fielding undercard isn’t exactly loaded with toss-up fights, but there are a couple of options with tighter odds than the main event.

David Lemieux (-550 on FanDuel) vs. Tureano Johnson (+400), is the most even matchup. Lemieux is a pure puncher at middleweight who can sometimes be outboxed; the Canadian by KO or TKO is -210.

Comebacking welterweight Sadam Ali (-835 on DraftKings) gets a likely get-well fight against veteran Mauricio Herrera (+640 on FanDuel). Herrera has never been knocked out before, but if he’s flirting with “washed” status at age 38, Ali by KO at +440 on FanDuel holds some appeal.

The rest of the card is heavy with rising prospects and mismatches, including unbeaten Irish Olympic gold medalist Katie Taylor (-2000 on FanDuel) against more lightly regarded 38-year-old Fin Eva Rasanen (+1000).

If you’re in the market for a crazy longshot, little-known Francisco Fonseca challenges the supremely skilled but somewhat inconsistent Tevin Farmer for a 130-pound belt. Fonseca is a mere +1000 on DraftKings, but he’s +1750 on FanDuel. All things considered, he’s probably a better underdog value than Fielding in the main event.

Does PokerStars’ NBA Alliance Provide Inroad For Firm In California?