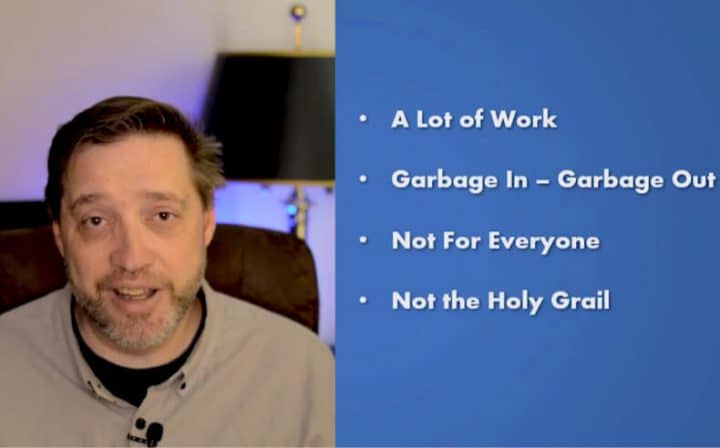 “I could be betting Belarusian hockey. I could be betting Russian ping-pong. Or lawn bowling. However, I don’t have an edge in any of those things,” Captain Jack Andrews told his YouTube audience recently. “You should be able to find a distraction for those times when you want to chase a loss.”

This is a fairly typical example of the sort of advice that Andrews (not his real name) has been dispensing of late. Sports betting isn’t just about beating the house. It’s about avoiding the pitfalls that will ensure you beat yourself.

Andrews is a veteran professional gambler based in New Jersey who, as he told the Gamble On podcast last year, prefers to remain anonymous and, as you might have guessed, enjoys the music of Billy Joel.

He’s dipped a toe or two in the waters of educating the public about sports betting in the past, but now he’s put a whole foot in with the launch of his YouTube series.

Since March 20, he’s been conducting a live webinar every Friday (then breaking it into chapters afterward for those with shorter attention spans), with the goal of helping sports bettors understand what it takes to win.

Or at least what it takes to lose more slowly.

“The goal is to put out the best possible content that encourages recreational bettors to move along the evolutionary scale to become stronger bettors,” Andrews explained to US Bets. “The sports betting industry is currently churning through bettors’ bankrolls like a buzzsaw. This creates an unsustainable market where square money gets pummeled. As we have seen, sportsbooks don’t want just sharp money, but they’re doing their best to make sure only sharp money remains.

“To steal a phrase, we need to flatten the curve when it comes to sports betting losses. If we make consumers’ dollars last longer, we can have a more sustainable sports betting industry — one where sportsbooks don’t have to fear sharp money as much because liquidity won’t dry up.”

The Captain Zooms into action

The titles of Andrews’ videos tell viewers exactly what to expect, with names like “5 Ways You Can Trim the House Edge” and “5 Ways to Work Smarter, Not Harder.” He kicked the series off with an introductory video offering five ideas to help a sports bettor get through the unanticipated downtime that most people are experiencing due to the COVID-19 pandemic.

For Andrews, the coronavirus, even if indirectly, helped him finally pull the trigger on an idea that had been germinating for a while.

“I’ve actually been working on making some YouTube content for over a year now,” he said. “When I would search YouTube for sports betting content, the results were really bad. Most were just touts making picks. Producing anything but evergreen content just seems like a waste of time. There are some videos with decent sports betting content, but they are sleep-inducing. Poor production quality dooms many of them. I feel like there’s room in the space for quality educational content with some redeeming production value.”

So Andrews got obsessed with production value. He purchased quality lights, cameras, microphones, and editing software. He was so focused on the details that nothing got done.

“It was turning into paralysis by analysis,” he said. “Then the pandemic hits and people are immediately talking about Zoom. I had actually used Zoom a few times and was impressed by it. The idea came to mind of holding webinars to provide some content. As I dug deeper I saw that I could livestream to YouTube from Zoom. It turned out to be the catalyst I needed to start producing content.”

One thing you won’t get from Captain Jack’s videos is specific advice on how to bet games or how to beat the books at certain sports. Rather, Andrews focuses on bigger-picture topics, on approach and preparation and mentality.

In other words, he’s helping people become more responsible gamblers, the kind who win some and lose some but won’t tilt off their bankrolls.

Here are his bullet points for “5 Ways You Can Trim the House Edge”:

Andrews displays tables showing the house edge and a bettor’s break-even percentage at different vigs from -105 to -112, making clear how much every penny counts in the long run. He talks about the lure of parlays and futures bets, acknowledging, “This is hard for the recreational bettor to avoid. … It’s the lottery mentality. It drives people to gamble.” He adds, “Sportsbooks love for you to bet future wagers, and that should be a reason there for you to avoid them.”

His videos talk about the value of working with like-minded gamblers, with whom you can share ideas and lighten each other’s workload. He borrows a phrase from one of those like-minded gamblers within his circle, Rufus Peabody: “Either be working or not working,” which is basically the perfect sports betting fortune cookie.

Andrews broke format to an extent with his “The State of the States” video, which analyzed how well or poorly every state is doing with its legal sports betting setup — those in the top tier included New Jersey, Pennsylvania, Nevada, Indiana, Iowa, Michigan, Illinois, and Colorado.

Andrews’ next video, streaming live this Friday, will be more in line with his standard approach, titled “5 Hacks to Make Sports Betting Easier.”

The closest he’s come to detailing how to win betting a sport was with a special video demonstrating how to build a model. It was eye-opening, if a little mind-melting for the common viewer due to Andrews doling out a healthy serving of math and probability.

Interestingly, that video, though barely one-fourth the length of his usual webinars (which all end with an audience Q&A), was the most challenging to produce so far.

“Creating the live webcasts is a bit labor intensive — I put together a script and PowerPoint presentation to keep the audience engaged and keep the flow moving,” Andrews said. “However, the one pre-recorded video I’ve done was a whole other level of effort. It took me about 40 working hours to put together a 17-minute video. I didn’t do myself any favors by writing scraping code from scratch in Python and then writing data manipulation code from scratch in VBA.

“Editing out all my ‘uhhs’ and ‘umms’ took a lot of time too, but the result is more aesthetically pleasing.”

That was a minor editorial decision to improve the product. One major editorial decision came before the first video was posted. While PowerPoint graphics took up the bulk of the screen in his first video, Andrews’ face was also featured in a small window off to the side. “I decided to drop my veil of anonymity somewhat for this webinar,” he told his viewers right off the bat.

He isn’t using his real name — I’ve spoken to Andrews several times and met him in person once and I still don’t know what it is — but he says the decision to reveal his face came after first trying to make content without it.

“It was a lot more work to edit together clips and pictures to keep the audience engaged while a faceless person narrated,” he said. “I feel like there’s less of a layer of trust to what someone is saying if you can’t see their face.”

Andrews is reluctant to reveal his true identity because, well, the less the casinos know about him the second he walks through their doors, the better. But he felt comfortable showing his face now because he doesn’t expect to spend much time in casinos in the coming months.

So will the video series end once sports resume and the casinos reopen and Andrews is fully back on the grind?

“Once the pandemic ends and sports resume,” he said, “I’ll probably give up the weekly live webcasts and instead just put out pre-recorded content on some kind of manageable schedule.”

To the recreational sports bettors, we say get as much out of these videos as you can while you can. There aren’t many sports to bet at the moment, so you may as well use your newfound spare time sharpening your tools for when the games return.

The Wisdom (Or Lack Thereof) In Longshot Futures, And The Search For The Next ‘Blues Bet’