COVID fears are leading to increased discussion of cashless options for casinos, but there are red flags surrounding problem gambling risks. 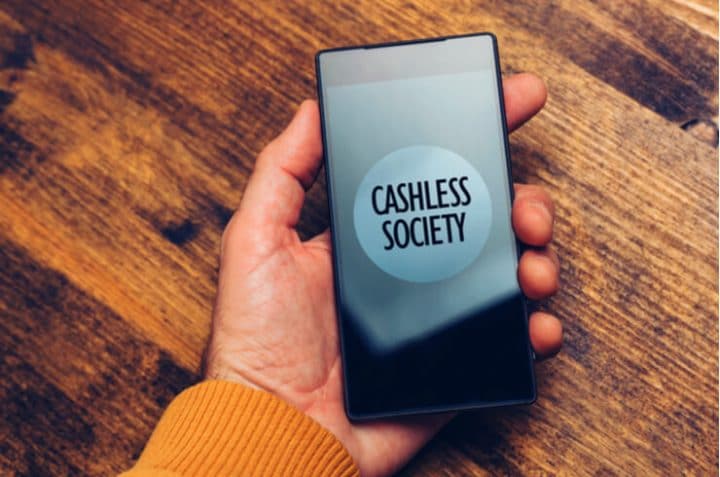 Penn National Gaming President Jay Snowden bubbled over with enthusiasm on the topic of cashless casinos in an Aug. 6 earnings call with the investment community.

The idea of reducing use of paper money in casinos has been percolating for years, and for industry executives, it has taken on new urgency in the COVID-19 era of health concerns over potential transmission of viruses during such exchanges.

“There are very few places that you go to today in your life — grocery stores, forms of entertainment, bars, restaurants — where people are transacting in cash,” Snowden observed on the conference call. “And when I say people, that’s not 21-year-olds, that’s not 44-year-olds, that’s not 58-year-olds, it’s not 72-year-olds — it’s everybody. Everybody has debit cards and credit cards. And I think it’s just an expectation.”

In June, an American Gaming Association working group that studied the issue for 18 months put out a set of principles calling for widespread changes in existing restrictions on use of digital forms of currency in casinos. The AGA cited research indicating 57% of casino customers would prefer such a transition due to COVID concerns.

The new Circa casino in Las Vegas recently announced that when it opens later this year, it will use a cashless system at its table games so that players can purchase chips using debit cards.

It’s a trend seemingly gathering momentum. But there are concerns as well, before things go too far, too quickly.

Two weeks before Snowden’s comments, National Council on Problem Gambling Executive Director Keith Whyte came at the cashless conversion topic with a warning instead of enthusiasm.

Without the use of actual currency, he told online participants in the council’s annual training conference, gamblers “might not have the same salience of losing money.”

In a subsequent interview, Whyte explained that the council is not absolutely opposed to cashless casinos any more than it is opposed to gambling itself, on which is has a neutral stance. But in both cases, he said, the advocacy group with a national membership of gambling counselors believes careful safeguards and monitoring are called for.

“Everything that makes cashless gaming lucrative for the casinos makes it dangerous for people with gambling problems,” Whyte said, referring to the ease, speed, and convenience of a digital transaction.

When gamblers exhaust funds in a casino currently, they can always get more by making a trip to a nearby ATM. But that creates a necessary pause in play, and with it the opportunity for someone with compulsive behavior or financial strains to reconsider the decision.

Not every consumer appreciates that chance, but responsible gambling advocates believe it’s a useful aspect of current casino visits.

While health and safety concerns associated with COVID-19 are real, Whyte said, “they’re being used, quite frankly, as a means to push through an agenda that has been decades in the making.

“Cashless [transactions are] part of the economy and society, and certainly the way most transactions are done, but gambling is not just a regular industry like any other. It’s different and special, and that’s why it’s highly regulated … not the same as running a restaurant.”

If it’s to happen, safeguards should be adopted

Whyte said what the council hopes to see, if cashless conversion is inevitable, are requirements included that he said do mesh with many of the principles set forth by the AGA working group.

Those include ensuring tools are available to gamblers to set limits on their use of funds from a digital account, or to self-exclude altogether.

The council is also looking for the industry to take advantage of the flood of new information about gamblers that would come from having an electronic record of their transactions. Operators should make sure players routinely receive reports summarizing their activity, according to the council, which also wants the cumulative data compiled for improved research relating to problem gambling and the potential for its increase from cashless conversion.

Whyte pointed to research in the United Kingdom that showed significantly higher rates of problem gambling — potentially more than 20% — among those using credit cards to fund their play. The UK in April thus began banning use of credit cards for gambling.

Whyte said that if regulators and operators rush to embrace cashless conversion without scrutiny of potential impacts, they won’t take such concerns into account.

“When there is evidence of harm, or suspicion of evidence of harm, you have to raise your level of caution,” he said. “The dynamics of cashless are so attractive, and we understand why, and for the vast majority of customers it is simply a convenience and doesn’t have negative impact, but for a percentage … they may well have problems.”

Due to the nature of casino regulation in the U.S., addressing the industry’s urge to go cashless — along with adopting measures that address problem gambling concerns — will be handled on a state-by-state basis.

Snowden, whose broad-based company operates in 19 states, said that conversations about going “cardless, contactless, and cashless” have been taking place with regulators in many of those states, and he feels optimistic about future changes.

He observed it’s an especially important issue in attracting and retaining a younger demographic in casinos, a trend he said has begun gathering momentum in the COVID era due to so few of their traditional entertainment alternatives being available.

“There’s an expectation [among those young adults] that you don’t have to go to an ATM, punch a bunch of numbers that you might not want to be touching to get cash out, pay a fee to get your own cash out, go to a table and transact with cash. It’s just not how Gen Xers, millennials, Gen Z — it’s very foreign,” Snowden noted.

“And I think regulators get that. And the conversations we’ve had to date have been really productive.”

The industry has also pointed to how money laundering concerns would be reduced if law enforcement has a better way of tracking patrons’ transactions, as well as greater cost efficiencies that can be achieved by reducing all of the cash that has to be collected, stored, and tracked.

“We can’t move fast enough on this as an industry,” Snowden summarized.

Just how fast the states and operators go, and whether they include precautions sought by responsible gambling advocates, remains to be seen.