Forgivable loans are coming to many gaming firms with fewer than 500 employees after a rules revision by the Small Business Administration. 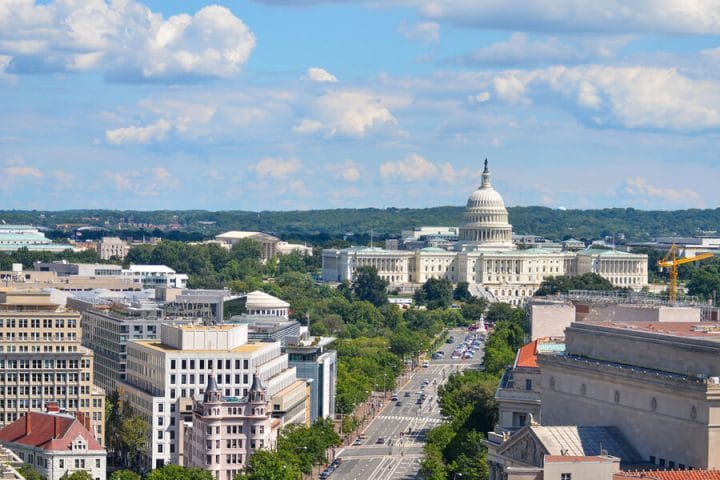 The federal government gave the casino industry what it was asking for.

On Friday, the American Gaming Association on Capitol Hill announced that the Small Business Administration revised its rules to allow for small casino gaming companies to participate in the much-needed Paycheck Protection Program (PPP), authorized under the $2.2 trillion Coronavirus Aid, Relief, and Economic Security (CARES) Act passed by the House and Senate in late March.

The PPP had divvied out $349 billion to small businesses before being refilled with another $321 billion last week. President Donald Trump signed legislation to replenish the PPP on Friday.

On Monday, the new funds became available to firms that missed out on the first round of forgivable loans. The PPP is designed to help small businesses retain their workforces by issuing up to $10 million in assistance. The additional $321 billion is expected to run out quickly as well.

After previously releasing rules for the PPP that excluded small companies that derived more than a third of their revenue from legal gambling, the new SBA rules don’t include any cap for legal gambling revenue.

Here’s the section of the revised regulatory guidelines that the AGA pushed for:

“A business that is otherwise eligible for a PPP Loan is not rendered ineligible due to its receipt of legal gaming revenues, and 13 CFR 120.110(g) is inapplicable to PPP loans. Businesses that received illegal gaming revenue remain categorically ineligible. On further consideration, the Administrator, in consultation with the Secretary, believes this approach is more consistent with the policy aim of making PPP loans available to a broad segment of U.S. businesses.”

In recent weeks the AGA blasted the previous rules that prohibited many gaming companies with fewer than 500 employees from PPP participation. Progress was made in mid-April, but the initial changes fell “woefully short,” AGA CEO Bill Miller said at the time.

Now his tune has changed.

“In the nearly one month since the CARES Act was enacted to provide economic relief to blunt the impact of the COVID-19 pandemic, the American Gaming Association and our allies have fought tirelessly to correct the Small Business Administration’s antiquated policy that precluded gaming companies from qualifying for loans through the Paycheck Protection Program,” Miller said Friday in a statement. “We are pleased that the new regulatory guidelines released today make small gaming companies eligible for this critical program just as Congress has replenished its funding.

“I’m grateful to President Trump and his administration for recognizing that commercial and tribal gaming industry employees deserve the same support available to other small businesses, and for the significant, sustained efforts of members of Congress to amplify the need for changes to the guidelines to get small gaming operators and their employees through this challenging time.”

Trump is a former owner of casinos in Atlantic City and currently owns a hotel in Las Vegas.

The AGA previously said the PPP rules would “irreparably harm one-third of the U.S. casino industry.”

According to a report Monday from The New York Times, nearly 350,000 people in Nevada have filed for unemployment benefits since the pandemic began, with an estimated 25% jobless rate in Las Vegas.

The casino industry in Nevada supports more than 400,000 jobs, according to a 2019 AGA report.

Bipartisan group of lawmakers fought for it

Nevada, the U.S. casino gaming capital, put bipartisan pressure on the Trump administration to expand access to the PPP for small gaming firms located around the country, not just in Nevada.

In early April, following the first release of the PPP regulatory guideliness, U.S. Rep. Mark Amodei, a Republican from Nevada, called the SBA’s rules “ridiculous” and an example of “bureaucratic senselessness” in a letter accompanying one sent by the AGA.

This is a great step forward for our gaming small businesses. I am proud that the Nevada delegation worked hard to secure this aid for our Silver State! https://t.co/lKaceK3Yxj

The new PPP funds for small gaming companies come in the wake of Las Vegas Mayor Carolyn Goodman raising many eyebrows for publicly calling for Las Vegas casinos to reopen. The properties have been shuttered since mid-March and face an uncertain timeline for beginning to take bets once again.

While Goodman’s comments were widely regarded as reckless, they do speak to the troubles for a state that relies on tourism for nearly 40% of its tax revenue.

Nevada’s March gaming revenue report is due out later this week.