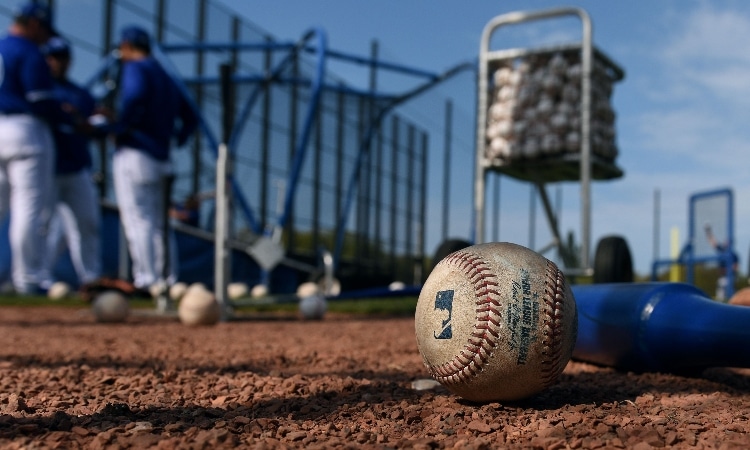 Players negotiated three new concessions pertaining to sports gambling out of Major League Baseball as part of the new collective bargaining agreement, US Bets has learned.

The new CBA, which was ratified by both sides last week to end baseball’s three-month-long lockout, compels teams to take new steps around player safety, bans the sale of players’ biometric and medical data, and frees active players to sign deals to work as brand ambassadors for sports betting operators.

That the issues arose in labor talks speaks to the rapid growth of legal sports betting, which has launched in 32 states, with others working toward legalization. The Supreme Court opened the gates for such rapid industry growth by striking down the Professional and Amateur Sports Protection Act (PASPA) in 2018.

The latest CBA negotiations were the first full-scale talks between MLB and its players since the PASPA decision. The sides met before the pandemic-shortened 2020 season, but tabled the heavy lifting for this latest round of discussions.

According to the CBA, obtained by US Bets, “all clubs will be required to institute enhanced ballpark safety measures [and] a hotline will be developed for the purpose of reporting threats made against players or their families relating to sports betting.”

Players have increasingly brought the potential for threatening behavior from angry bettors to the attention of the MLB Players Union, sources have said. In March 2021, Benjamin Tucker Patz, a professional gambler who went by the nickname “Parlay Patz,” pleaded guilty to threatening to kill members of the Tampa Bay Rays after they lost a game to the Chicago White Sox in July of 2019. Patz relayed his threats via Instagram direct messages.

Other players, such as Dodgers closer Kenley Jansen, have been targeted with threats after poor performances, with some of those people mentioning that they had lost bets. Major League Baseball now presumably will investigate such instances and potentially loop in law enforcement when warranted.

“I’ve never received any threats or heard of teammates facing threats, but that said, gambling is so much more mainstream now,” said former pitcher Dan Haren.

The sports betting clause also stipulates that “it shall be illegal for Major League Baseball and any club to sell and/or license a player’s confidential medical information, personal biometric data, or any nonpublic data used to evaluate player performance in practices or training sessions.”

Who controls the data teams generate from the wearable technologies they increasingly are using as training tools has been an issue of contention between athletes and leagues for a while now.

This clause would seem to be a pre-emptive strike at barring MLB or any team from selling such data to gambling-related companies. Presumably, those companies could benefit by reading players’ underlying health data to project future performance. Such a transaction raises ethical questions around privacy.

John Holden author of the paper “Taboo Transactions: Selling Athlete Biometric Data,” told Sports Handle last year, “The leagues are for-profit entities looking to maximize revenue for the owners and, if there’s a market for biometric data, my guess is that at some point it will be explored for sale.”

Just as teams and Major League Baseball have been busy signing up partnership deals with gambling operators, players would like their chance to explore this emerging revenue stream.

The NHL was the first major U.S. sports league to clear the way for active players to sign brand-ambassador contracts, leading to the first deal of its kind between BetMGM and Edmonton Oilers superstar Connor McDavid.

Previously, only former players had been free to sign endorsement deals with gambling companies. David Ortiz, for example, has a deal with FOX Bet. MLBPA negotiator Bruce Meyer said last week that the new CBA “allows players to profit from their names and likeness in new ways.”

The move is a stark change of direction from MLB, which once suspended ex-players Willie Mays and Mickey Mantle for taking jobs with sports betting operations in the early 1980s. Commissioner Bowie Kuhn said at the time that being a greeter at a casino was “no place for a baseball hero and Hall of Famer.”