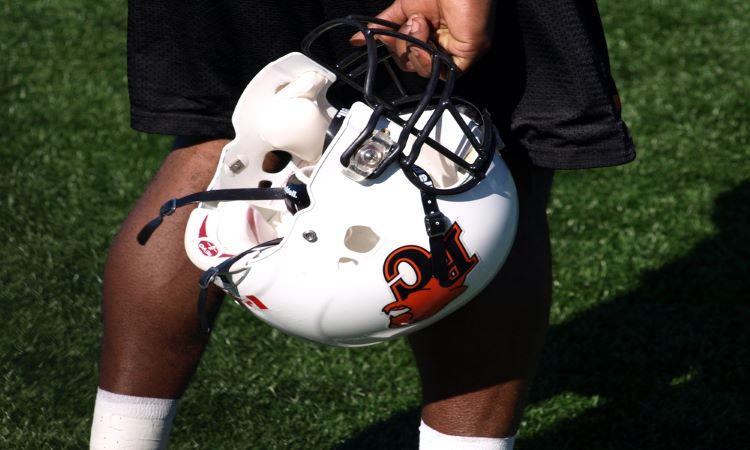 With six weeks left in the CFL regular season, postseason implications are aplenty heading into Week 16.

The Winnipeg Blue Bombers, who will enjoy a bye this week, are the only team to have already punched a ticket to the postseason, but there’s still plenty of work left to do for the CFL’s best team (12-2) in order to secure a West Division title.

Three teams — the Toronto Argonauts, Calgary Stampeders, and BC Lions — can clinch playoff berths this week, but some of the scenarios are far from straightforward.

The @BCLions, @calstampeders, AND @TorontoArgos have shot at clinching a playoff spot in Week 16! #CFL pic.twitter.com/F4KTmF5AmF

*All odds in this article are from PointsBet.

About the Tiger-Cats (4-9 straight up, 4-9 against the spread, 8-5 o/u): Hamilton pulled off a shocking 48-31 victory over the Blue Bombers last week thanks to an outstanding game from quarterback Dane Evans, who threw for a career-high five touchdowns.

Evans, who has been battling a nagging shoulder, came into the contest having won just two of his nine starts while leading the league in interceptions (13) and fumbles (seven).

The unlikely win boosted Hamilton’s chances of making the playoffs to 53% heading into another crucial game this week with the Alouettes, who the Tiger-Cats trail by just two points for second place in the East Division.

About the Alouettes (5-7 SU, 7-5 ATS, 8-4 o/u): Montreal appears revitalized after winning, and covering the spread, in three of its last four games.

The Alouettes defense limited the BC offense to just 251 total yards in Week 14 and forced four turnovers. And the unit will be well rested after coming off a bye week.

After Montreal lost star running back William Stanback early in the season to an ankle injury, receiver Eugene Lewis has emerged as its top offensive weapon. The veteran needs just 46 more receiving yards to reach 1,000 in a season for the second time in his career.

About the Argonauts (7-5 SU, 7-4-1 ATS, 6-6 o/u): Should the Tiger-Cats fall to the Alouettes on Friday night, Toronto will be in position to clinch a playoff spot Saturday. Five of its seven wins have come against East Division opponents, but Toronto’s only 2-3 against the stacked West Division. With tough games still on the schedule against BC and Calgary, the Argonauts will want to capitalize against the lowly Redblacks.

One important distinction between these two teams will be on the offensive and defensive lines. Ottawa is plus-7 in sacks for/sacks against this season, while Toronto is minus-11.

Linebacker Henoc Muamba (abdomen injury) was among the Argos who didn’t practice on Tuesday. Bettors will want to monitor his status leading up to kickoff, as he’s widely regarded as one of the best at his position in the league.

Both teams are returning from bye weeks and the Argos are riding a three-game winning streak.

About the Redblacks (3-9 SU, 5-7 ATS, 4-8 o/u): Believe it or not, the Redblacks still could make the playoffs despite their abysmal 3-9 record. Ottawa would need to win at least five of its final six games in order for that to happen, though.

The Redblacks have played much better since Nick Arbuckle took over at quarterback, winning two of their last three games. Arbuckle’s numbers are pedestrian at best (822 yards passing, one touchdown, one interception) over that span, but he is managing games well and taking care of the football.

Ottawa is winless in all six of its home games this year.

About the Stampeders (8-5 SU, 5-7-1 ATS, 9-4 o/u): There’s some bad blood brewing between these two teams ahead of this week’s rematch: Stampeders linebacker Cam Judge sucker-punched Lions receiver Lucky Whitehead on the field at the end of last week’s game. Whitehead was apparently trash-talking Judge during the game, which led to the attack that Whitehead is calling “assault,” although he says he won’t press criminal charges.

“I’m not apologizing for my trash talk, that’s football,” Whitehead told TSN. “It’s normal trash talk. I said it and told it to him in the first game, too. If people are throwing out ‘yo mama’ jokes, is that OK? We do it. We’re grown men. Suck it up.”

Judge has been suspended for one game by the league for his actions.

About the Lions (9-3 SU, 8-4 ATS, 6-5-1 o/u): Making his first career start as a member of the Lions, quarterback Vernon Adams Jr. completed 78% of his passes for 294 yards while also adding 32 yards on the ground last week against the Stampeders.

Listed as 7-point underdogs a week ago against Calgary, the Lions are now small favorites at most sportsbooks for this week’s rematch with a playoff berth on the line in BC.

BC is hoping Adams can hold the fort pending Nathan Rourke’s return late in the season from foot surgery.