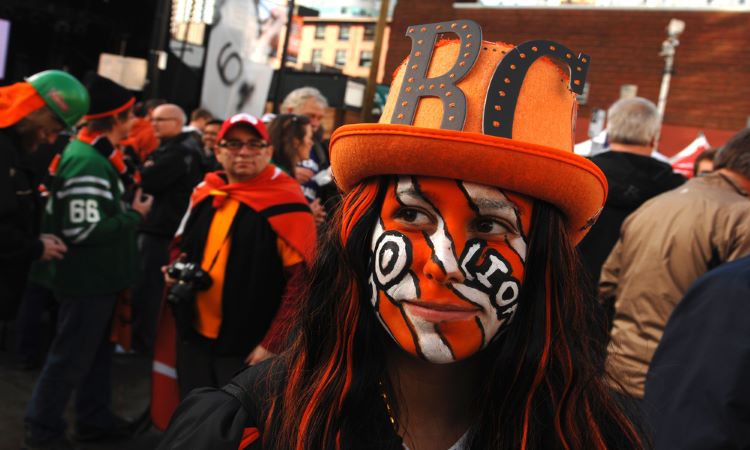 And just like that, it’s already Week 5 in the CFL and there are still three unbeaten teams — Winnipeg Blue Bombers, Calgary Stampeders, and BC Lions — after four weeks of play.

The Blue Bombers and Lions will square off Saturday night in British Columbia in the most highly anticipated matchup of the season to this point. Lions quarterback Nathan Rourke has taken the league by storm since being named the undisputed starter, and now he’ll face his toughest test yet against Winnipeg’s tenacious defense.

All odds in this article are via PointsBet.

Now that the dust has settled on Week 4…

About the Stampeders (3-0 straight up, 1-2 against the spread, 3-0 over/under): The Stampeders will be coming out of their bye week Thursday to put their undefeated record on the line in Edmonton. Calgary took the only previous meeting with the Elks in Week 3, 30-23, but failed to cover the spread as 9.5-point favorites.

Despite being a perfect 3-0 to start the season, the Stampeders trailed in all three contests at the half and have only outscored the opposition by 13 points total.

Calgary’s offense ranks second in the CFL in scoring (31 points per game) and yards per game (391.3). Veteran quarterback Bo Levi Mitchell has only been sacked twice thanks to his stout offensive line, and he’s thrown for over 300 yards in back-to-back games.

Bettors should keep an eye on the weather leading up to kickoff, as forecasts are calling for rainy and windy conditions. The current total is the highest of all the games this week and there could be value on the under, particularly if the winds howl.

About the Elks (1-3 SU, 2-2 ATS, 3-1 O/U): Edmonton picked up its first win by mounting a huge comeback over Hamilton on Canada Day. After trailing 20-7 late in the third quarter, the Elks scored a defensive touchdown with less than two minutes left in the fourth to squeak out a 27-23 victory.

Canadian quarterback Tre Ford made his first start for the Elks and he made a big difference with his legs, scrambling for 61 yards on six carries. His numbers through the air were more modest, though, as he completed 15 of 26 passes for 159 yards with a touchdown.

Edmonton’s defense ranks dead last in the league in points allowed per game (35) and total yards per game (409.8).

About the Redblacks (0-3 SU, 1-2 ATS, 1-2 O/U): Ottawa may be the best 0-3 team the CFL has seen in a long time. After dropping relatively close back-to-back games to start the season against the back-to-back defending Grey Cup champion Blue Bombers, the Redblacks fell 34-31 to the red-hot Lions last week.

Unfortunately, Ottawa’s schedule doesn’t get any easier this week in Saskatchewan against a Roughriders team that plays much better with the support of its rabid fan base. The Redblacks opened as 10-point underdogs at FanDuel this week, but that number was hammered by the public and sharps, driving it down to 7 points by Wednesday morning. Ottawa has only a minus-12 point differential through three games despite being winless.

Running back Jamal Morrow also returned to form last week, rushing for 103 yards and a touchdown on just 16 carries. He now has a league-leading 257 yards on the ground through four games, and Ottawa is allowing an average of 105 rushing yards per game (seventh in the league).

One storyline to follow leading up to Friday’s game will be the health of quarterback Cody Fajardo. He took another hit to his ailing left knee last week and credits his supportive brace for keeping him in the game. Fajardo’s mobility could be limited by the brace once again this week, but he is expected to play at this point.

About the Lions (3-0 SU, 3-0 ATS, 2-1 O/U): Rourke finally looked relatively human in last week’s win over the Redblacks, throwing a pair of interceptions. Still, he completed 74% of his passes for 359 yards and two touchdowns, and rushed for 87 more yards with a score.

BC is averaging an incredible 520.3 totals yards of offense and 45.7 points per game through three contests. Both of those marks are by far the best in the CFL.

QB drive results through week 4 of the 2022 #CFL season

Historically, anything above 2 points/drive or 30 yards/drive could be considered elite level@nathan_rourke is re-writing the book so far this season pic.twitter.com/rpP2M4Irk6

But don’t overlook the Lions defense. The unit is allowing a league-low 270.3 yards game while yielding just 16.3 points per contest, which is second only to Winnipeg.

This is a measuring stick game for BC against the elite team in the CFL, so we’ll finally get to see what Rourke can do against a top defense.

About the Blue Bombers (4-0 SU, 2-2 ATS, 1-3 O/U): Sure, the Bombers are undefeated after four games, but they appear very beatable this season.

Winnipeg’s defense is still one of the nastiest units in the league, but the offense is still trying to find its way after losing running back Andrew Harris and receiver Kenny Lawler in the offseason. The Bombers rank only fifth in points per game (21.8) and eighth in total offense (324 yards per game).

A couple of noteworthy injuries for the Bombers: Receiver Nic Demski (foot) and linebacker Kyrie Wilson (Achilles) both won’t play in this one. Demski has 11 catches for 126 yards this season, while Wilson has 17 tackles and a sack through four games.