An industry study of five proposed Chicago casino sites was bleak, projecting that none of them would be profitable, even with a sportsbook. 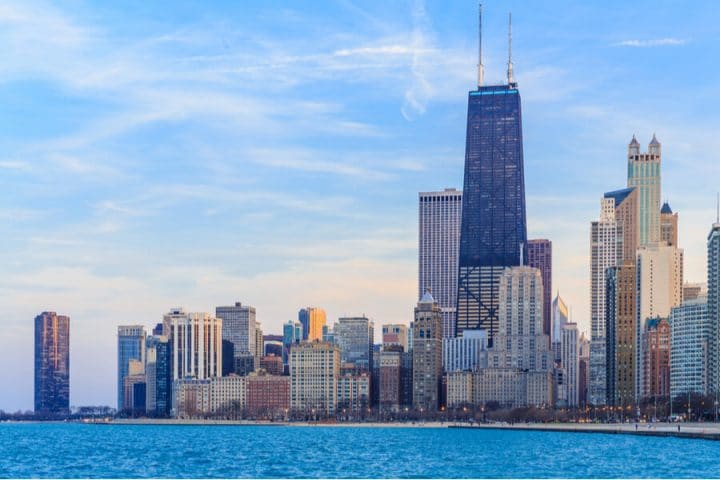 Maybe Illinois shouldn’t have rushed into expanded gambling, including sports betting, so quickly?

Chicago’s long-awaited casino is still in limbo, despite a gambling expansion package that included a casino for the city being signed by Gov. J.B. Pritzker nearly two months ago.

Last week, the Illinois Gaming Control Board released a study from Union Gaming that showed none of the five proposed sites for a casino would be “feasible,” thanks to an “onerous tax and fee structure” currently set by the new gaming law. Per the Chicago Tribune, the city and state legislators could try to rework the taxes and fees for a Windy City gambling joint, which would be home to a sportsbook.

During this year’s session, Chicago indicated that it would try to block the legalization of sports wagering at casinos in the state, as well as over the internet, if it couldn’t get a Las Vegas-style casino.

The analysis found that the 33.33% tax a casino operator would pay on adjusted gross gaming receipts to the City of Chicago, on top of the state’s cut, would make profitability for a casino, at any of the five proposed locations, unlikely.

The location that is projected to generate the most gaming revenue belongs to the site of the former Michael Reese Hospital. It would generate more than $800 mm in gaming win, the study found.

However, thanks to an effective tax rate of 72%, the casino most likely wouldn’t make a dime in profit off of gamblers, after accounting for operational costs. Factoring in revenue from non-gaming amenities, total enterprise profit margin would still likely be only “a few pennies on the dollar.”

“Ultimately the additional privilege tax on AGR specific to the City of Chicago results in none of the five sites being financially feasible,” said the study. “The amount of profit generated relative to total development costs, inclusive of licensing and reconciliation fees, represents at best a 1% or 2% return annually, which is not an acceptable rate of return for a casino developer on a greenfield project.”

To make matters worse, the proposed casino sites, pictured below by Union Gaming Analytics, would be unlikely to draw significant visitation from Chicago’s tourists, the study said. 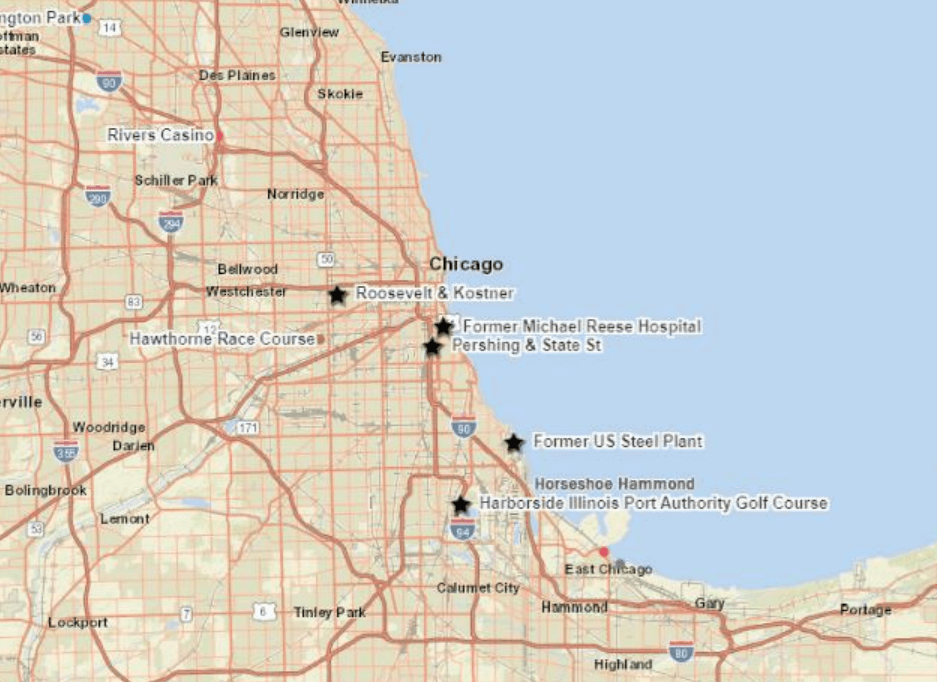 While slots and table games revenue would vary based on location, the study determined that a retail sportsbook at each proposed site would generate $20.4 mm in revenue. That appears to be a fair projection for all the proposed sites, considering that in New Jersey, about 85% of sports betting activity takes place via online/mobile. Bettors have spoken.

The anticipated sports wagering revenue at the proposed casino sites would translate to about $340 mm in annual retail handle, dwarfed by the projected online/mobile statewide handle.

The part of the gambling expansion package that included the legalization of sports betting drew heavy criticism from the gaming industry, thanks to relatively high tax rates and licensing fees. It also prevents the DFS giants — DraftKings and FanDuel — from meaningful entry for 18 months.

The controversial sports betting law also includes a mandate for some “official” league data, and an in-person registration requirement for online/mobile sports betting that will span more than a year.

Per the Chicago Tribune, reworking the taxes and fees for a Chicago casino could reopen other components of the package. It appears unlikely that anything related to sports betting could change.

“Reopening negotiations on one part of the package likely would bring other gambling interests back to Springfield to push for other changes that would benefit them,” the report said.

State Rep. Bob Rita, a Democrat backer of the casino package, agreed that reworking the financials related to the Chicago casino could open the door for other changes.

Illinois lawmakers are set to reconvene in late October for its annual “veto session,” where Chicago Mayor Lori Lightfoot is expected to push for changes to the law that would benefit a casino in the city.

However, critics have already started to make the argument that Lightfoot has lost her leverage.