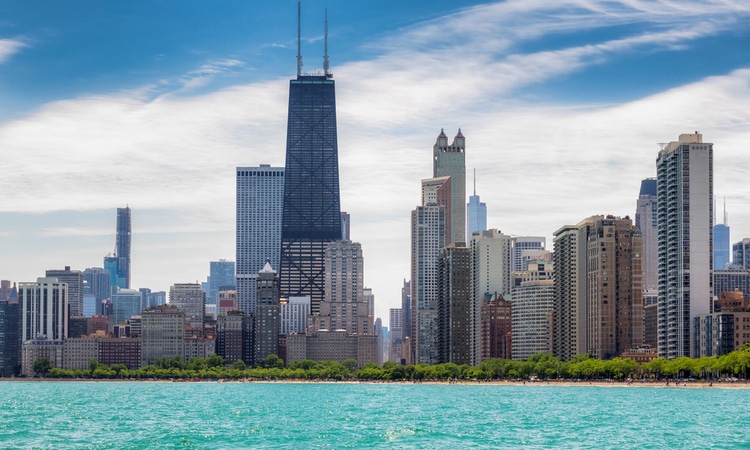 After three decades of talk about bringing a casino to downtown Chicago and less than a week since Mayor Lori Lightfoot named Bally’s her preferred operator, city aldermen aired different opinions Monday about the process and the speed with which to proceed.

The Special Committee on the Chicago Casino held its second meeting, and it was another marathon affair that stretched nearly six hours. Aldermen got their first chance to ask questions of Bally’s Chairman Soo Kim about his company’s $1.7 billion proposal that Lightfoot picked as her preferred operator last Thursday. Should Bally’s be approved by City Council, it will be presented to the Illinois Gaming Board as the candidate for the city’s downtown casino license.

Lightfoot’s selection of Bally’s has received a mixed response, with Alderman Walter Burnett — whose 27th Ward includes the River West neighborhood where the casino would be located — providing the most support for the project. Residents have expressed concerns over crime and traffic congestion, and Alderman Brendan Reilly, whose 42nd Ward would house the temporary casino at the Medinah Temple in River North slated to open in 2023, did not sound pleased about how that development came to pass.

No was vote taken Monday on Lightfoot’s selection of Bally’s, and it is unclear if another meeting will be scheduled for the committee to do so prior to the next full City Council meeting on May 23. A public forum is scheduled at the University of Illinois-Chicago Thursday to discuss the Bally’s proposal.

Kim, who helped present Bally’s proposal to River West residents last month, fielded questions covering a myriad of topics Monday. He opened his remarks by saying Bally’s was “deeply honored to be selected as the development partner for the Chicago city casino.” He added that it’s “exciting, but we also understand how deep a responsibility it is for us.

“There’s a lot of promises for us to keep, and we intend to keep them, but we just want to make sure you understand that we’re honored and we’re elated for the selection. We also understand the burdens that being selected involve and how many levels of responsibility there is for the company that has been chosen.”

Kim said that not having a pre-existing Chicago presence required Bally’s to be more deliberate in its process, and he again expressed a desire to “highlight the best of Chicago” with this casino and to make it a “flagship” for Bally’s. Kim expressed confidence Bally’s could thrive in Chicago, citing the company’s success in Rhode Island, which he called a high tax jurisdiction due to its 70% tax rate on slots-generated revenue.

After Kim spoke, various members of the Bally’s team went over parts of the proposal, which included the temporary casino at Medinah Temple expected to have 800 gaming positions. The timeline to open that venue would be approximately 12 months, with the permanent casino opening within three years from the opening of the temporary casino.

Burnett and Reilly stake out their positions

Chicago's fast-tracked casino is the parking meter deal all over again, Ald. Brendan Reilly said as he vows to fight it.

"The last time we were given less than two weeks to vet and approve a deal, it blew up on our faces." https://t.co/poIrW1ScL5 pic.twitter.com/pzZeqn9kbe

Alderman Burnett, who has generally supported the casino as a better revenue option for the city than raising property taxes, called on his colleagues to move forward promptly on the project. “In life you have to learn how to make lemonade out of lemons, and … nothing is perfect, but also in life, you have to seize the moment,” he said in endorsing Kim and Bally’s.

Reilly also questioned Medinah Temple — a 125,000-square foot building currently vacant — being chosen as the site of the temporary casino despite his and area residents’ objections in March. He referenced Kim, saying it “was not his preferred site,” before asking of Mayekar, “How is it that the local alderman, the local neighborhood, the surrounding neighborhoods, and the casino operator don’t want a location — how is it that that is the temporary location?”

Mayekar, who pointed out Kim had commented enthusiastically about the venue during Monday’s meeting, said Medinah’s current vacant status made it the best option. The mayor’s representative added there were “River North stakeholders and businesses who have been really clamoring for anything to support any additional foot commerce and traffic in their area.”

Reilly likened the pace of the attempted approval for the casino to the city’s much-maligned deal to privatize its parking meters in 2009 for an upfront payment of nearly $1.2 billion. Reilly, who voted in favor of that agreement, said, “The last time we were given less than two weeks to vet and approve a deal, it blew up in our faces, and it was called the parking meter deal.”

Refresher: How we got here

Lightfoot chose Bally’s over two proposals: Rivers 78 submitted by Rush Street Gaming and Related Midwest, and Hard Rock ONE Central. Bally’s pledged a $40 million upfront payment to the city that would be counted for the Fiscal Year 2023 budget if the temporary casino opens next year, and also a $4 million annual payment in perpetuity that would be split between community benefits and the city’s general fund.

Bennett, who also projected a city budget shortfall of $867 million in FY 2023 on Monday — less than a month after Lightfoot made remarks that the city may have a surplus — said the $200 million in tax receipts the city would receive directly from casino revenue would represent 9% of the annual payments to the police and fire pension fund.