If Christie Had Been Named AG, Would The Wire Act Have Been Left Alone?

As the gambling industry struggles to interpret the DOJ's new Wire Act opinion, questions emerge about the attorney general's involvement. 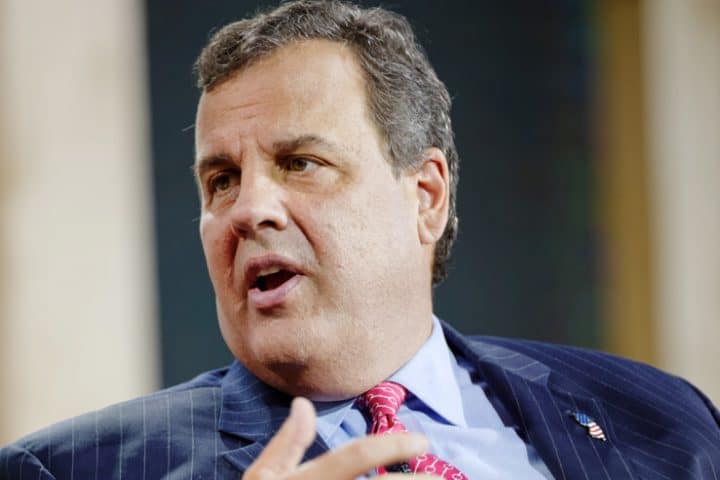 Former New Jersey Gov. Chris Christie recently was rumored to be in the running to be named U.S. Attorney General by President Donald Trump.

Based on both Christie’s recent remarks about The Wire Act of 1961 and a legal opinion released Tuesday by the U.S. Department of Justice, it’s fair to assume that countless souls in the business of expanding legal gambling in the U.S. wish Christie had gotten the nod.

The opinion, which finds that federal prohibitions on interstate online gambling extend beyond just sports betting, has provoked widespread confusion and fear in the gaming industry.

While not all forms of online gambling are likely to be impacted by the opinion, the mixed messages among insiders and the media — including some erroneous headlines — are liable to delay some moves forward and perhaps even lead to some suspension of current legal gambling. That includes an interstate online poker compact between New Jersey, Nevada, and Delaware.

Christie, speaking after a national gaming conference in New Orleans earlier this month, said that further federal involvement regarding The Wire Act would be foolish.

“I think it would be a big mistake, and worse, I think it would be counter to the president’s brand,” Christie said. “He is a deregulating president — he talks about it all the time. He shouldn’t be, in my view, sticking his toe into the regulatory waters on this when there’s so much controversy, and he’s going to get a lot of pushback from governors across the country if he does it.”

To regulate or not to regulate

Christie added, “I think in an administration where they have been anti-regulation, where they’ve been deregulating in places where the statutes clearly authorize them to regulate and they’ve made the decision not to, why do you want to regulate in an area where there is no statute that authorizes you to do it? The Wire Act is a stretch, it seems to me, to do what some people would have them do.”

Yet departing Attorney General Jeff Sessions, a fierce opponent of online casino gaming, appears to have made this opinion one of his last priorities. (A draft was written in November.)

David G. Schwartz, a gaming law professor at the University of Nevada-Las Vegas, literally wrote the book on The Wire Act — called Cutting The Wire: Gaming Prohibition And The Internet.

Yet even Schwartz is stumped, calling the new opinion “all a matter of interpretation.” Schwartz told US Bets that he thought The Wire Act clearly allowed for such interstate activity as online poker compacts because only sports betting could not occur across state lines, “which this opinion says is not the case.”

Is DFS in trouble?

“The word ‘fantasy’ does not appear anywhere in the [23-page] opinion, and notably The Wire Act is about ‘bets or wagers.’ There is a body of case law that finds that a daily fantasy sports entry fee does not constitute a bet or wager.”

Wallach also said burgeoning legal sports betting operations in states such as New Jersey or West Virginia are not impacted because the gambling takes place within state lines.

But he called online poker and online lotteries “Exhibit 1 and 1A as potential victims here” — especially with a 2011 opinion by the DOJ allowing for online lotteries getting upended with the revised version.

There is so much ambiguity, Wallach said, that even traditional convenience store-based lottery retailers might be unnerved about what is legal. Payment processing for all sorts of gambling also is liable to become more complicated, he said, because “for many companies, business is all about caution and risk avoidance. It’s an unsettling opinion for all stakeholders.”

Jeff Ifrah, a Washington, D.C.-based gaming law attorney, said there is no need to jump to conclusions just yet.

“This Opinion has not yet been implemented into an enforcement action, so worry about the legality of sports betting and online gaming may be premature,” Ifrah wrote in a blog post Tuesday. “However, the Opinion seeks to push these questions to eventual litigation and clarification by the courts or action by Congress.

“It is worth noting that [DOJ] opinions are not binding precedent and have no immediate or discernible effect upon federal prosecutorial priorities.”

A 90-day moratorium is expected to be offered by acting Deputy Attorney Rod Rosenstein to delay any potential prosecutions until possible violators are given a chance to adjust to the new circumstances.

Wallach said that he anticipates a legal challenge by any of several interests that might be impacted by this latest opinion. He added that the opinion’s main role may be in finally getting Congress to address to what extent gambling should be legal in the U.S. — a mere 58 years after The Wire Act was passed.

“There are issues of great public importance because of the industries impacted,” Wallach said, giving as an example the countless millions in lottery revenues going to fund education programs. “There is a strong possibility that this case could wind up at a Circuit Court, and then maybe even the Supreme Court.”