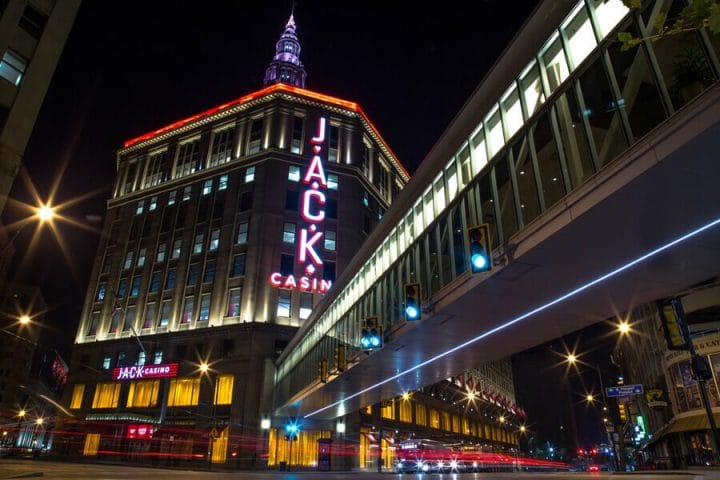 Ohio should legalize and regulate sports betting to avoid situations like this.

According to a civil complaint filed Monday in U.S. federal court in Northeast Ohio, authorities are seeking to seize a $421k lakefront home belonging to an alleged illegal bookie. The federal government claims that Clinton Reider, 41, ran an illegal gambling operation.

Reider hasn’t been charged criminally, but the feds are seeking to seize the property under what is known as Civil Asset Forfeiture. Reider, a resident of Mentor-on-the-Lake, Ohio, located east of Cleveland, allegedly started his sports gambling operation in or around 2010.

“Since approximately 2010, Clinton Reider has been running a large scale gambling and bookmaking operation in violation of the law of the State of Ohio. The gambling and bookmaking operation used sports betting websites that operated outside of the United States. Federal agents – namely, Special Agents with the United States Secret Service (USSS) and the Internal Revenue Service, Criminal Investigation (IRS-C) – first became aware of this activity in and after March 2015.”

Reider was also accused of running “poker games out of various locations.”

The complaint lays out a relatively run-of-the-mill (alleged) underground sports betting operation. Few details are eyebrow raising, with the exception of one way Reider allegedly laundered the proceeds of the alleged sports betting business.

The feds said that they can’t determine the size of Reider’s alleged illegal gambling enterprise, which mostly involved cash. Instead, they pointed to his financial transactions and his buy-ins to table games at the nearby Jack Casino in downtown Cleveland.

“Although the amount of cash generated by Reider’s gambling operation cannot be determined with any precision, records document that he ‘bought in’ on table games at the [Cleveland casino] in excess of $1.5 million in cash from 2012 through 2016.”

Video surveillance at the casino likely helped the feds come up with that figure.

Another somewhat interesting line in the complaint pertains to an unnamed “former professional baseball player” who allegedly was his co-conspirator.

Clevelandscene.com called that tidbit “tantalizing” in a blogpost on Wednesday, but there’s no guarantee that the baseball player is anyone you’ve heard of. It could be an obscure minor league player. “Professional baseball player” is a very, very loose term, so no one should jump the gun and imagine it being a former player on the Cleveland Indians, though it’s certainly not impossible.

Reider’s case highlights the importance of Ohio allowing state gaming facilities to offer legal, and regulated, sports wagering, both in-person and statewide over the internet. A state-of-the-art industry will allow Ohio to eventually phase out illegal bookies who utilize offshore websites.

Right now, Ohio lawmakers seem to be at a stalemate on whether the Ohio Lottery or the Ohio Casino Control Commission should regulate the activity. Under regulation of the Lottery, sports betting would likely be more widespread in terms of a retail setting. Some are not on board with that.

Lawmakers are in agreement, however, that Ohio should have statewide mobile betting, whether it’s the Lottery or the OCCC as the regulator. Gov. Mike DeWine, a Republican, has indicated he prefers the latter to be the regulator, though his preference is by no means set in stone.

Ohio’s sports betting talks are set to continue into 2020.

It’s worth mentioning that Ohio’s potential legalization of sports betting wouldn’t have any impact on Reider’s case. Here’s a look at the full complaint.