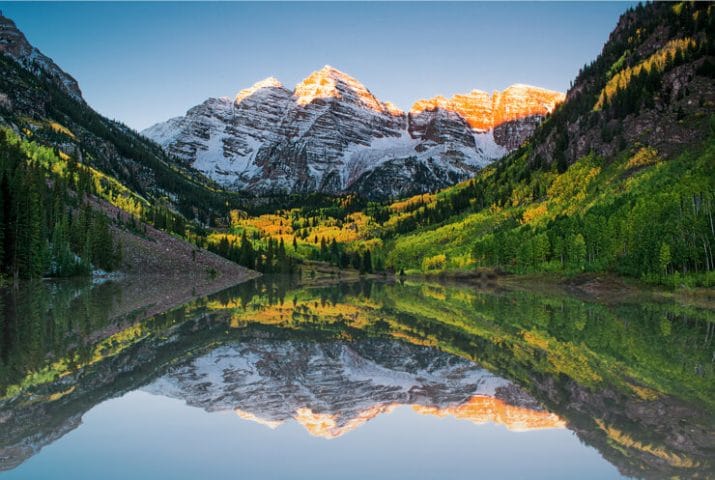 The median bet on DraftKings Sportsbook in New Jersey is less than $10 according to CEO Jason Robins. In Colorado, that figure might end up being even lower, as the state is looking to subject its commercial sportsbooks to a maximum legal wager.

Sharps might be staying away from Colorado, which could create considerably less fanfare if/when the state launches. While the Garden State is seeing a lot of small wagers, one of the first bets in the state was a $5,000 gamble on a baseball game, which generated some good press for the industry.

In Las Vegas, not too far from Colorado, it’s commonplace to hear about gamblers putting up six-figure — and sometimes seven-figure — sums on sporting events, especially high-profile ones. The Centennial State might limit wagers to $100, which is the current single-bet limit for all casino gambling in the state.

In 2008, Colorado voters approved raising the maximum bet from a measly $5 to $100. They would have to approve another constitutional amendment to raise it from $100. Coloradans approved the increase in stakes at the same time they approved craps and roulette.

Sports betting itself wouldn’t need a constitutional amendment, per the state attorney general.

According to a new state sports betting report, the Colorado Department of Revenue, which seeks to be the chief regulator of the activity, has recommended that regulators adopt a maximum sports bet.

“The Commission should approve house rules, including minimum and maximum bets,” said the report.

Stakes of the stakes

A good sign about the roughly $10 median bet on New Jersey’s predominant sportsbook is that it means casual gamblers are interested. Or to put it another way: The availability of regulated sports betting is creating more casual gamblers. DraftKings says it has averaged 62,000 bets each day on its app since it launched in August.

The jury is still out on whether those casuals will keep playing to the extent that the nascent sports betting industry can rely less on whales than a casino game like baccarat.

Sports betting is live in just eight states, with many more to consider legislation in 2019. Colorado is one of just two states in the country with a maximum bet at commercial casinos (South Dakota being the other), according to the American Gaming Association.

South Dakota is also considering sportsbooks. Casinos in Deadwood also have a $100 maximum.

Reasonable tax rates and online/mobile adoption are two topics that states should look at when trying to establish a white market capable of dealing a fatal blow to the black market.

Setting a maximum wager in Colorado might give the offshore sports betting sites an advantage over the regulated sportsbooks. With that said, the Colorado DOR also recommended criminal penalties for placing a bet with an unregulated site, so it might be a moot point in the end.

FanDuel, another leading regulated bookmaker in New Jersey, has an ongoing promotion for a “risk-free” $500 bet for “new users only.” A $100 max bet in Colorado would surely limit some of the potential growth for the market, as New Jersey’s handle has exploded since bets began this past summer.

In other words, a cap on the wager could stifle some of industry’s marketing creativity.

Another element to consider is that the $100 limit wouldn’t mean that gamblers could only lose $100 on a single sports event. With myriad in-game and prop bets, a gambler would have many ways to risk more than a tiny three-figure sum during a trip to the sportsbook.

Of course, with online/mobile available statewide, it is possible that Colorado could consider regulations to restrict the total amount an individual could risk on a single game or even over the course of an entire day.

Thankfully, Colorado has strongly criticized the concept of “integrity fees,” so that is unlikely to hamper the white market. Still, for the aforementioned maximum-wager considerations, the state should prove to be a jurisdiction to follow closely in terms of how the regulatory structure is developed.

Coloradans would be required to sign off on the tax rate for the new gambling offering, according to the DOR’s interpretation of the law, so a referendum for the taxes could also include a change to the max bet.