Tribes want iGaming now, during the coronavirus pandemic, but governor Lamont is not willing to allow it through executive order. 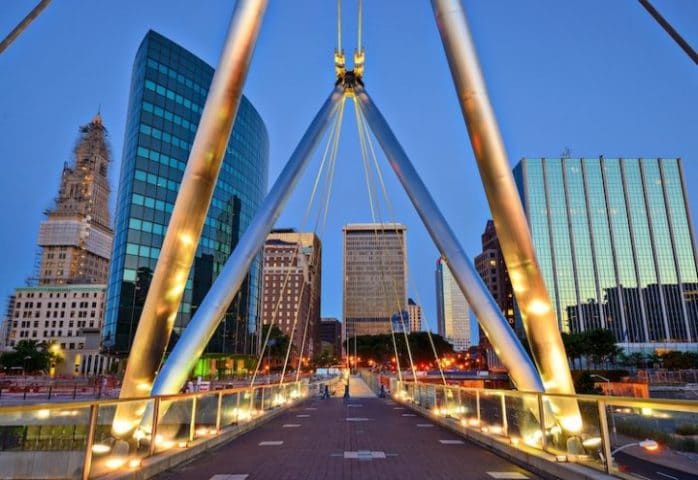 Connecticut Governor Ned Lamont and tribal leaders in the state have long been at odds over an expansion of gaming that includes adding retail and mobile sports betting to the list of offerings at the Mohegan Sun and Foxwoods Casinos. That battle added another round last week when Lamont declined a request from the tribes to immediately — and temporarily — issue an executive order to allow online gaming.

The tribal casinos, shuttered since March 16 amid the COVID-19 crisis, made the request in writing a week ago in a letter from the Southeastern Connecticut Council of Governments (SCCOG) to Lamont. In a letter published by The Day, Lamont wrote back rejecting the request:

“While I very much share the concerns you express about the financial distress the pandemic is causing our Tribal partners, I must decline your specific request,” the governor wrote. “Authorizing online gaming and enabling consumers to more easily access gambling is a significant policy decision that has not yet been embraced or acted upon by our legislature. Doing so at a time when so many Connecticut residents are in financial distress would be a particularly significant policy decision to make without legislative approval.”

Earlier this week, Republican Senator Tony Hwang voiced his support of Lamont’s decision in an open letter in which he called the tribes’ request for immediate iGaming a “power play.” Hwang has opposed a gambling expansion in the past.

“First, this was an attempted power play by the tribes to use the pandemic to bypass the legislature not only to gain approval for online gambling but to gain the exclusive right to offer it in Connecticut,” Hwang wrote. “And second, this is exactly the wrong time to put a virtual casino in every sheltering home in the state.”

According to The Day, the Mohegans’ Chief of Staff Chuck Bunnell said there have been ongoing discussions with Lamont about online gaming, and that the tribes are not trying to be “opportunistic.”

As recently as early March, the Mashantucket Pequot Tribe, which owns and operates the Foxwoods Casino in Mashantucket, and the Mohegan Tribe, which runs the Mohegan Sun casino in Uncasville, and lawmakers were at it again during a Committee on Public Safety and Security hearing.

The sides squared off on multiple issues with neither wanting to budge. The hearing was centered around SB 21, a bill that includes the legalization of sports wagering, internet casino, internet lottery, and internet keno. The SCCOG noted its support for this bill in its letter.

The tribes’ unwillingness to yield on the disputed exclusivity issue could well be one of the factors at play in Lamont’s refusal to grant them instant online gaming. After all, neither side has blinked for nearly three years in this game of chicken, and if the governor were to give the tribes permission for online gaming now, he would only his weaken his position on other fronts going forward.

SB 21 is one of two proposals in the Connecticut legislature this year. Lamont supports the other, HB 5168,  which would allow the tribes as well as the state lottery and off-track betting sites to operate in the space.

Lamont has been steadfast in wanting expanded gaming to include both commercial and tribal interests, but he’s also not sold on mobile gaming, though legislators have offered options for online gaming over the years.

The state has already deferred monthly slot payments from the tribes, as well as regulatory assessments. Connecticut and its tribes have a long and profitable gaming history, with the tribes contributing $250 million per year to the state economy. In March, tribal leaders were clear that they would stop making those payments if lawmakers included commercial interests in a sports betting law.

Connecticut’s tribes are facing a situation similar to many across the country. Though tribal casinos were among the last to shut down as the coronavirus began sweeping through the U.S., they have been included in a federal bailout, HB 748, with $8 billion earmarked for tribal relief. But according to Indianz.com, tribes across the country say they are being shut out of the Paycheck Protection Plan, which would enable them to continue to make payroll.

Making tribal casinos ineligible for the SBA PPP is not only bad for tribes-it’s bad for states. Tribal casinos employ 1000s of non-Indians and many tribal casinos are tax paying employers. CARES funding to tribal gov'ts won’t cover the impacts on non-NDNs who rely on casino jobs https://t.co/wsQsxNARbI

The Connecticut General Assembly is currently closed until April 23, with all listed meetings cancelled. It is set to adjourn on May 4.