The NCAA's decision to close March Madness games to the public will impact lines and totals, and much of the betting will be driven online. 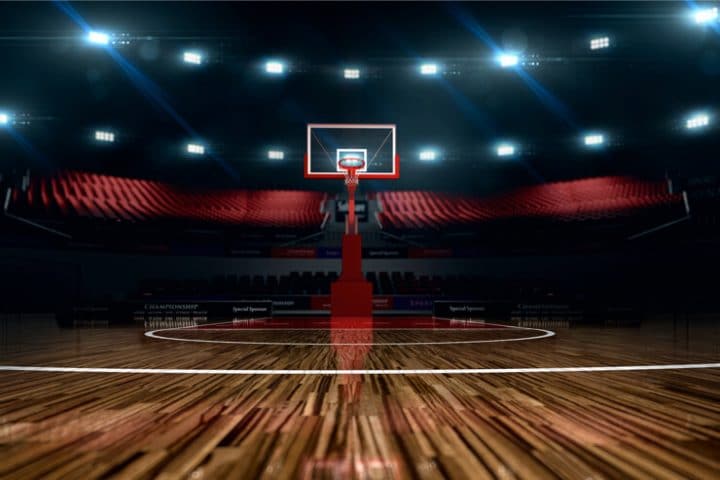 The NCAA’s unprecedented decision to limit attendance for March Madness to essential staff and family members due to concerns associated with the spread of the coronavirus produced immediate aftershocks Wednesday afternoon.

By Wednesday evening, the NBA announced the immediate suspension of the 2019-2020 season until further notice after Utah Jazz center Rudy Gobert preliminarily tested positive for COVID-19.

Assuming the NCAA is not forced to follow the NBA’s lead and cancel or postpone the Men’s Division I basketball tournament, the betting world will have just a few days to digest the unexpected developments before the “First Four” games begin on March 17.

“The bottom line is the whole tournament will take a hit, on the wagering side too,” said Johnny Avello, director of sportsbook operations at DraftKings.

Mobile betting while on quarantine

Avello, who spent more than a decade as executive director of race and sports at Wynn Las Vegas, expects book traffic in Sin City to be impacted severely by fears related to the outbreak. Earlier on Wednesday, the World Health Organization declared COVID-19 a global pandemic.

“The handle alone is probably going to take a major hit because I don’t know how many people will actually come to town,” Avello told US Bets.

The beneficiary will likely wind up being operators with a strong mobile presence. DraftKings, which offers mobile sports betting in six states, derives the great majority of its handle from online betting.

The dynamic of playing in front of an empty arena could also affect a teenager considerably more than a seasoned professional, according to Avello. Whereas a pro develops the proper mindset to motivate himself to excel at an elite level, college players often react to crowd noise and depend on momentum to pump themselves up, Avello explained.

As a result, the rapid, game-changing swings that are common with in-game betting could occur less often during the tournament. Astute bettors can typically find value by predicting those runs before they happen. Duke, for instance, skyrocketed to a double-digit underdog last February before pulling off a miraculous 23-point comeback at Louisville. In the tournament, bettors should now be more cautious when considering risky in-game plays.

Avello anticipates that professional bettors will explore all of the angles related to the crowd changes immediately. Sharp bettors may gain an advantage into the second week of the tournament as they tweak their algorithms.

“We’re going to make some adjustments too but they’ll still probably be ahead of us a little, which is normal,” Avello said.

During the first two rounds especially, the NCAA rewards top teams by placing them at sites in close proximity to their respective campuses. Prior to Tuesday’s victory over Saint Mary’s in the West Coast Conference final, Gonzaga Athletic Director Mike Roth relished the prospect of playing before a home crowd at Spokane Arena.

Despite outbreak concerns, thousands of Gonzaga fans traveled to Las Vegas as the Bulldogs earned a spot in the WCC final for the 23rd straight year. The loyal fans included a contingent from a Seattle neighborhood, located less than 25 miles from a nursing facility linked to the outbreak.

“Our men and women could both be in Spokane which would be unbelievable for our teams who have earned that opportunity,” Roth said Monday, following Gonzaga’s semifinal win over San Francisco. “Every team has a certain group of tickets they get, some 400 per team. The rest of the tickets have already been purchased, probably by a lot of Gonzaga fans.”

Things to for tourney with no fans in attendance:

Is it even more open now? Teams with larger fanbases won’t have a crowd advantage (especially ones playing near home).

Or without localized fans traveling to root on their underdog will the more talented teams win more often?

Other top programs could be affected by competing without their passionate fans. If the Blue Devils play in Greensboro for their first two contests, the trip by bus will be less than 60 miles. Top-ranked Kansas is also a short flight from St. Louis, a potential site for its first game of the tournament.

“I assume Duke will be playing their first two games in North Carolina as usual,” said John Murray, sportsbook director at the Westgate Superbook. “It would be a minor blow for them to not have fans at the game. Same with Kansas. Other than that it’s business as usual for us.”

Avello, meanwhile, noted that he would, under normal circumstances, give one of those teams an additional three points for a hometown advantage — two points for the crowd and one more for geographical proximity.

Fewer distractions at the foul line

Another consideration to take into account involves the prospect of improved foul shooting minus all of the distractions brought by an opposing team’s raucous crowd. With a school’s season on the line in a one-and-done environment, the pressure at the line intensifies considerably.

“Even though you might think a player can block that out, that’s not necessarily true — not when guys are behind the glass there, a hundred people are waving flags and stuff,” Avello said. “It definitely has to distract you somewhat.”

A 2017 analysis of the Dome Effect on sightlines in the NCAA tournament examined free-throw percentage over a 10-year period through 2016. During the span, teams shot 71.7% from the stripe over 55 games contested from the Sweet 16 and beyond. When Villanova defeated Michigan in the 2018 National Championship, the teams shot a combined 26-for-38 from the line (68.4%). If teams average 80% from the line in a quiet environment, the total will increase by around five points under the scenario.

Higher totals could be offset by tighter defense in halfcourt situations. With practically no crowd noise, players will be able to communicate better on screens and switch more effectively.

Sports bettors will have a large sample size to gauge whether the crowd restrictions will have a discernible effect on the line. Over the next several days, more than 50 conference tournament games are scheduled to be contested in front of empty venues.

“I don’t think it will affect our effort,” Arizona coach Sean Miller said after a 77-70 win over Washington. “Clearly, it will be different for everybody that’s a part of it.”