While frequent postponements can challenge the most astute sportsbook executive, top books have responded with clear house rules that provide bettors with a guide on potential refunds 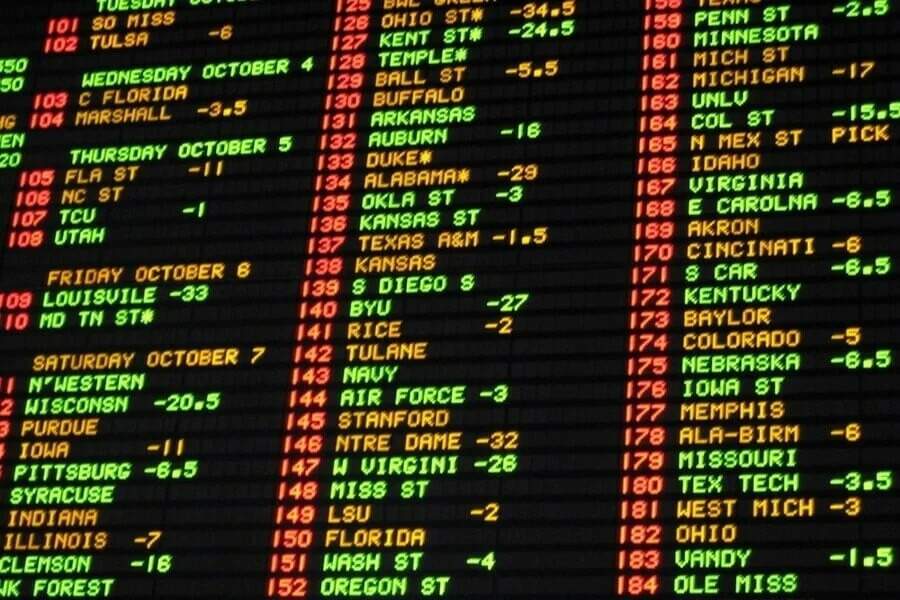 Decades before the advent of in-game wagering, even years before mobile sports betting became en vogue, the Westgate SuperBook formulated descriptive house rules for its famed NFL SuperContest, one of the largest pick ’em contests in the world.

The rules, stated in clear print, stipulate that an NFL regular season must last at least 10 weeks for the multi-million dollar contest to take effect. There is little ambiguity. At the halfway point of the 2020 season, approximately 50% of the league will have taken a bye week. As a result, some teams will have completed 10 games by the end of Week 10, while others such as the Las Vegas Raiders, New England Patriots, New Orleans Saints, and Seattle Seahawks will have only completed nine. If an unforeseen spike in COVID-19 cases compels the NFL to suspend the season, the SuperContest rules will still stand.

By Nov. 16, if the first 10 weeks of the NFL season are completed without any postponements, the 2020 SuperContest will be official. Despite the threat of multiple delays to the NFL calendar due to the spread of COVID-19, SuperBook USA Executive VP of Operations Jay Kornegay believes the 10-week rule (Rule 17 in the official rules and regulations) is one that entrants are comfortable with. The SuperBook started taking entries for the contest in mid-January, before the prior season ended. Once the book began accepting entries, the rules needed to be finalized, Kornegay explained.

“We were fortunate enough to have a rule that already addressed any shortened season,” Kornegay told US Bets.

House rules for an uncertain time

The unprecedented circumstances related to the global pandemic have made life challenging for sportsbook executives throughout the country. As of Sept. 15, 43 MLB games during the abbreviated schedule were postponed by the league because of coronavirus concerns. The spread of the virus has impacted numerous leagues, leading to postponements in MLS, WNBA, and NCAA football, among others. Notably, neither the NBA nor the NHL has been forced to delay a game in their respective bubbles.

Although the NFL has not established a bubble for the regular season, the majority of the 32 clubs have taken the utmost caution regarding fan attendance. During the opening week of the season, only two of the 16 venues allowed fans inside the stadiums. Nevertheless, DraftKings had to revisit its house rules for Super Bowl futures in recent weeks. In the event the NFL cancels the entire season, the company will refund all futures bets, said Johnny Avello, director of sportsbook operations at DraftKings. But if the season lasts long enough for a champion to be crowned, DraftKings will honor the wagers.

“If we go into the playoffs and there is a champion, then we will pay,” Avello told US Bets.

At this point, two weeks into the season, there’s cause for optimism, based on the NFL and NFL Players Association Monitoring Testing results for Sept. 13-19:

Chaos in the collegiate ranks

While the NFL has proceeded with the first two weeks of the season without disruption, the college football season has been fraught with chaos. In Week 3 alone, at least five games, highlighted by an in-state matchup between Baylor and Houston, were postponed by coronavirus concerns. Two prominent conferences, the Big Ten and the Pac-12, initially moved their fall seasons to the spring in mid-August, sending sportsbooks nationwide into a frenzy. Then, last week, the Big Ten reversed course, announcing a late-October start to the 2020 football season.

A number of books, including BetRivers and sister site PlaySugarHouse, have gone the extra mile to communicate grading decisions as quickly and transparently as possible when last-minute postponements arise. At the two online sportsbooks, if a postponed game is not rescheduled in a certain period of time, the wagers are canceled and returned to bettors in full, said Mattias Stetz, COO of Rush Street Interactive (RSI), the operator of both virtual sportsbooks.

The books, as dictated by RSI’s house rules, pulled all Big Ten wagers in August only to reintroduce new lines when the conference unveiled a revamped schedule last weekend.

“Now that a resumption date in October has been determined and a new schedule released, the much-anticipated matchups are back on the board for betting as new wagering events,” Stetz told US Bets, via email.

During these strange times, sportsbook managers must be acquainted with the most obscure house rules even when a game is almost complete. Pitt appeared to have easily covered a 30-point spread in its season opener on Sept. 12 when the Panthers raced out to a 42-0 lead over Austin Peay at halftime. But with the game in hand, the respective coaching staffs agreed at the half to shorten the final two quarters to 10 minutes each.

The Panthers entered the matchup shorthanded with seven players sidelined because of team COVID-19 protocols. While Pitt cruised 55-0, Panthers backers suffered a bad beat regardless. At several books, house rules require a college football game to last at least 55 minutes for the wager to be valid. The rule is not in place for the pandemic, specifically, but for extreme weather events like a thunderstorm or possibly even a hurricane.

Tough beat if you had Pitt -30 in a 55-0 game and game didn’t count due to shortening of quarters, game didn’t go 55 minutes. Yuk

Speaking of hurricanes and other natural disasters, FanDuel actually has a clause under its Terms and Conditions to address events outside of the company’s control. The clause, known as a “force majeure” provision, appears to be applicable for straight win bets, promotions, and boosted bets alike.

In the event (FanDuel) is prevented from continuing with a promotion by any event beyond its control, including, but not limited to, fire, flood, epidemic, earthquake, explosion, labor dispute or strike, act of God or public enemy … interference with a promotion by any party, or any federal, state, local or provincial government law, order, or regulation, order of any court or jurisdiction, or other cause not reasonably within (FanDuel’s) control (each a “Force Majeure” event or occurrence, FanDuel) shall have the right to modify, suspend or terminate the promotion or bonus.

An occurrence as catastrophic as a force majeure event will typically absolve a party from fulfilling the obligations of a contract, according to Shearman & Sterling, a global law firm that has written extensively on the application of the provision during the COVID-19 outbreak. At the moment, it is unclear if any sportsbook operator has invoked the force majeure clause due to coronavirus-related issues.

With several championships set to be decided before Thanksgiving, bettors will do themselves a favor by reading over the fine print.

At Rush Street, meanwhile, the books continue to place a premium on consumer education, especially when it comes to abstruse house rules that might have remained buried if not for COVID.

“In this fast-paced climate, getting accurate information out as quickly as possible is of utmost importance but equally so is taking the time to remind and educate our players on the specific house rules that relate to their bets,” Stetz said. “We continue to receive positive feedback on these efforts, despite the scheduling unknowns the industry continues to face.”

Jill Dorson contributed to this story.