Barstool Sports founder Dave Portnoy tried to shame Darren Rovell of The Action Network into donating to the Barstool Fund on Twitter. 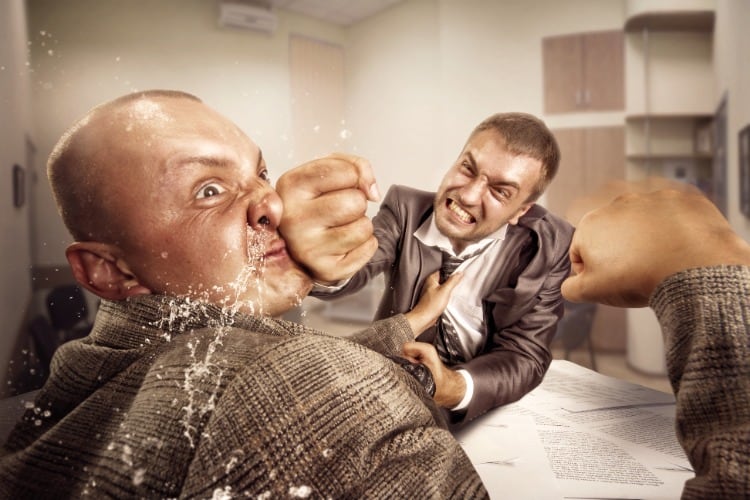 While we aren’t privy to the Christmas day comings and goings of Darren Rovell, the Action Network senior executive producer, it’s probably safe to say he was, at minimum, blindsided by Dave Portnoy, the Barstool Sports founder, face of Barstool Sportsbook, pizza-eater, etc.

Portnoy recently launched the Barstool Fund, a charitable operation to help small businesses survive COVID. “Recently,” as in last week, and “charitable operation,” as it has raised nearly $8 million so far and is single-handedly responsible for saving at least 25 businesses. So yay for Portnoy. Using his massive reach to help struggling businesses in these Pandemic Times. Wonderful, glorious, good job.

In an effort to goose donations, Portnoy took to Twitter — his home away from home — to hype the fund, calling on friends and foes alike to pitch in.

And on Christmas Day, he lobbed a bomb at Rovell, a frequent target of Portnoy and Stoolie Nation. Also worth noting: The Chernin Group owns a chunk of Barstool Sports and owns the whole of The Action Network. The following, then, is almost an intra-office spat. Someone call HR.

“Hey @darrenrovell I heard you are unbelievably cheap. You cover business. Seems like a good time to prove people wrong,” is what Portnoy typed.

Hey @darrenrovell I heard you are unbelievably cheap. You cover business. Seems like a good time to prove people wrong. #barstoolfund https://t.co/lk6jxtzw21

Predictably, things took off from there, with Rovell immediately responding. Notable is how the beginning of his tweet took the high road. By the end of the tweet … well …

“I give my charitable time and money to mental health. I appreciate what you’ve done. It’s commendable. Shaming people into donating is next level, but expected,” Rovell wrote.

Matt Mitchell, a co-worker of Rovell’s, was next to leap in, bringing a read-between-the-lines anti-Semitic slant to the party, noting Portnoy called Rovell — who is Jewish — “cheap.” On Christmas, no less.

Portnoy immediately responded to Mitchell with the following bon mot: “Shut up and donate squid.”

Shut up and donate squid https://t.co/GB9o9zav3G

Incredibly, of the high and low roads taken, Portnoy’s squid comment in response to Mitchell’s tweet may actually qualify as “high” here, as Portnoy could’ve — but didn’t — mention that he too is Jewish, thus negating any perceived anti-Semitism in original tweet. (Let it be known plenty of people on Twitter viewing this spectacle corrected the record re: Portnoy being a member of the tribe. Anyway …)

Anyway, Portnoy then called on someone, anyone at The Action Network to “step up and donate before your idiot employees cripple your entire company.” He also found time to reply to Rovell’s failure to donate with a simple “Way to step up my man.”

Just when you thought it was over …

At this point, Portnoy let the whole thing go and …

No he didn’t. Come on. This is Dave Portnoy. He doubled down, scrolled through Rovell’s Twitter feed and found a tweet from two weeks ago. The tweet in question highlighted an auction Rovell was taking part in, namely for an old Apple keyboard signed by Steve Jobs and Steve Wozniak. It sold for over $74,000, and Rovell’s tweet was “Took it to 57K on my bid. Couldn’t go further.”

Portnoy leaped at Rovell’s willingness to drop $57K on a dusty old keyboard and his lack of willingness to be shamed into donating to Portnoy’s fund. “So this was two weeks ago? Yikes,” Portnoy typed.

So this was 2 weeks ago? Yikes. pic.twitter.com/LsiiIeT36v

Portnoy then responded to the same tweet, saying “Give 100 bucks and I’m happy.”

At this point Rovell, subscribing to the “discretion is the better part of valor” method of Twitter wars, donated the sum of $369.69 to the Barstool Fund, and tweeted his receipt to Portnoy. No word on whether the “369.69” number holds any special significance, though unsurprisingly, there were a few theories on the Twitter thread.

Portnoy, gracious to a fault, then responded with a “Way to step up, my man.”

In the end, just another Christmas day Jewish fella v. Jewish fella Twitter war over charitable shaming and the coronavirus. Seen one, seen ‘em all.