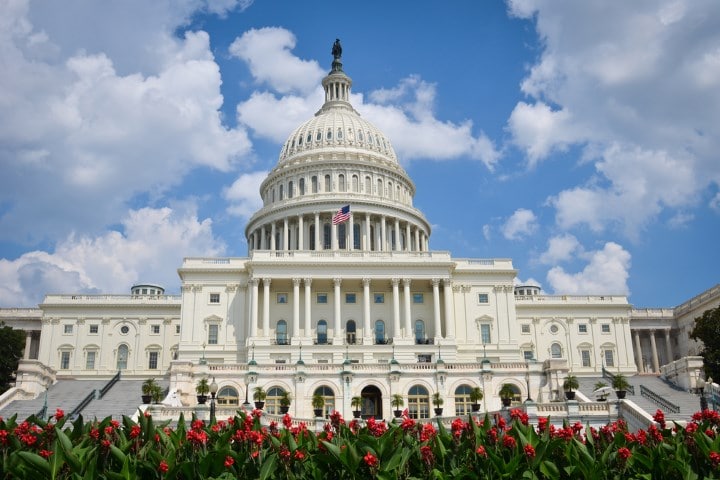 Baseball fans on or near Capitol Hill should be able to bet on the Washington Nationals next season, as the District of Columbia has become the latest U.S. jurisdiction to approve a sports wagering bill.

The legislation, which was introduced in September, moved quickly towards the end of 2018, before the DC City Council voted 10-2 to approve it on Tuesday. The passage marks DC’s second attempt at online gaming, as it repealed an online gaming law in 2012.

Councilmember Jack Evans, a Democrat, pushed the measure, saying at the hearing, which was for a full slate of bills on the table, that the jurisdiction’s approach to the industry is malleable.

“There will be changes as we go along,” said Evans, who expects a spring launch if the final steps are completed. The legislation heads to the mayor for a signature. There is no indication a veto could occur. From there, the measure is subject to review by the U.S. Senate, which is normal procedure. Federal policymakers might not touch it, which would make the legislation automatically become law.

There’s another route to putting the finishing touches on it. The council can put “emergency” status on sports wagering, allowing DC officials to begin work toward implementing the new measure.

Either way, sports betting is coming to DC.

The passage comes as nearby Virginia is set to consider sports betting in 2019, and West Virginia, which launched sports betting this year, continues to expands its industry.

Under the Sports Wagering Lottery Amendment Act of 2018 (Bill 22-944), the DC Lottery, powered by Intralot, will have a monopoly on mobile play, which will be ring-fenced to the jurisdiction’s borders. There will be an exception to the lottery’s monopoly for the sports venues and local businesses licensed for sports betting.

The private entities will be subjected to a 10% tax on gross gaming revenue.

Sports venues can have their own mobile wagering. Still, the model doesn’t bode well for competition because the lottery would have the monopoly on customers betting from the comfort of their homes. And less competition equates to less attractive lines.

No business could be licensed for sports wagering within two blocks of the sports venues.

A 2017 study from Oxford Economics projected that DC could see more than $600 million in annual handle, but the single-app system won’t let the market grow to its full potential.

Similar to when he moved to repeal DC’s 2011 online poker law, Evans said his goal was to get as much for the jurisdiction as possible. That’s subject to change if the single-app model keeps customers away and isn’t generating the revenue expected by city officials.

The way DC will oversee sports betting isn’t ideal, but it’s a “step in the right direction,” the American Gaming Association’s Sara Slane said in a statement.

However, the casino industry isn’t jumping up and down at the DC model.

“While the vote today is progress, we remain deeply concerned about giving the lottery a virtual monopoly in the mobile market,” Slane added. “Predictably, this will result in less investment and innovation, to the detriment of consumers and the ability of a nascent legal marketplace to compete with the accessibility and convenience offered by many established illegal wagering operations.”

The lobbying group said it’s urging policymakers to “to reevaluate the merits of this key aspect of their framework and allow greater competition in the future.”

Fortunately, as the debate over the past few months has shown, Evans is willing to reconsider provisions.

Sports Betting Proposal Could Bring South Carolina Out Of The 1800s

D.C. Follies: Why A No-Bid Contract For Lottery And Sports Betting?