It All Adds Up: Another National Monthly High For Sports Betting Handle

Operators benefited from a record $3.77 billion wagered in December — is $4 billion coming soon? 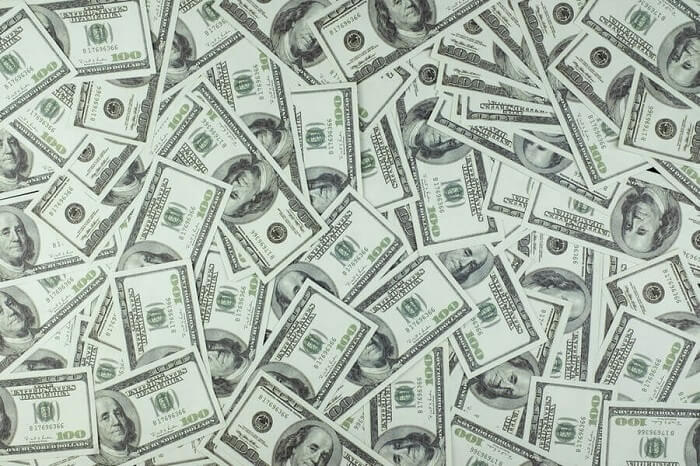 The sports betting money kept flowing in December 2020, and a new benchmark for national handle was established — even if there’s a good chance it won’t remain the record for long.

With the Illinois Gaming Board releasing the state’s revenue report for December on Tuesday, the $491.7 million in handle generated in the Land of Lincoln confirmed a new national record for the fifth consecutive month. The $3.77 billion wagered across the District of Columbia and the 17 states that report handle was an 8.85% increase over the previous record set in November.

Chatter from the fall about reaching $3 billion in a single month has become passe — $4 billion is now a viable target with the turn of the calendar year. Getting there in January could be a reach, but February, despite being a shorter month, already has more than $400 million banked just from Super Bowl wagers. March has the NCAA men’s basketball tournament, a feeding frenzy of college hoops spread over multiple weekends in which in-game wagering could play a substantial role in potentially crossing that $4 billion threshold.

There were plenty of interesting tidbits that stood out in December even before Illinois spiked the ball, so let’s dive in for some fun facts and figures.

A second tier emerges behind the ‘Big Four’

Until one of the biggest three states in terms of population — California, Texas, and Florida — legalize sports wagering or New York embraces it completely, the current quartet of New Jersey, Nevada, Pennsylvania, and Illinois are now firmly established as the big four of the industry. They accounted for more than $2.62 billion of December’s handle, which is just short of 70% of the total and within shouting distance of September’s then-record national handle of $2.86 billion.

However, it has been the emergence of a second tier of states, most notably Indiana and Colorado, that has helped fuel a surge that shows no signs of slowing down. There were eight states that recorded handles of at least $100 million in December, six of which cleared a quarter of a billion dollars.

This space has fawned over Indiana previously, comparing it to Gonzaga as a mid-major state in terms of population punching above its weight, but Colorado has also proven itself a role player in its rookie year. The two states ranked second and fourth, respectively, in month-over-month handle increase in terms of dollars, with Indiana nearly toppling New Jersey for the top spot in that regard and Colorado coming close to Pennsylvania for third.

Tennessee showed expected signs of growth in its second month of action, jumping to nearly $181 million, while Iowa provided some of the unexpected variety in clearing $100 million for the first time despite still requiring in-person registration. The $67 million bump from these two states easily absorbed Nevada’s dip of more than $21 million from November to December.

Two states that reported significant declines in handle — Michigan and Rhode Island — can attribute that to the COVID-19-related closures of casinos for most of the month. Michigan’s drop was more drastic because its three Detroit casinos were the only sources of sports betting handle, while mobile betting has never truly been Rhode Island’s primary source of handle.

All told, nine states set a monthly handle record in December — and in a promising sign, four of those states have already reported new benchmarks in January.

The revenue train slows down some

Despite the increase in handle, operator revenue went in the opposite direction in December, dipping 12.79% to $263.4 million. Before anyone feels a pang of pity, it is still the third-highest revenue total recorded in any month of the post-PASPA era dating to May 2018 and came within $8.5 million of the No. 2 spot — $271.9 million, set in October.

The biggest difference was bettors finally got their acts together and won more. The average national win rate for December was 6.93%, which means the public narrowly beat the industry expectation of 7%. That 6.93% ranked sixth for the sportsbooks in the 12 months of 2020 and 14th among the 31 months in the post-PASPA era.

On the operator side, the December win rate implies sportsbooks did roughly as expected, but it looks far worse when compared to the previous two months. November and October ranked first and second in monthly win rates for 2020 and fourth and sixth all-time, respectively. Of the 19 states that report revenue, only five saw month-over-month increases, and two of the big four — Nevada and Illinois — had eight-figure swings downward.

Interestingly enough, New Jersey was one of the five states to report an increase in revenue — aided by its higher handle and its win rate ticking higher from 5.43% in November to 6.66% in December. The 31.3% revenue increase to nearly $66.4 million also gave it the highest monthly sports betting revenue total in the post-PASPA era, ending Nevada’s one-month reign atop the leaderboard.

To be blunt: There has never been a three-month period in legal American sports betting close to the fourth quarter of 2020. There are the obvious caveats of more markets available and the needed rise of mobile sports wagering due to the pandemic. That rise gave additional access to populations in non-legal states that border on legal ones. But it is still a stunning three-month snapshot given what the year was when also factoring in real-world events.

That $10.5 billion handle is a heady figure, especially considering it is nearly double the Q4 2019 handle of more than $5.25 billion. It also catches the eye when stacked up against the 13 states that generated less than $13.1 billion in handle for all of 2019.

While operator revenue and tax receipts will fluctuate monthly based on win rate, the potential for growth in those areas remain high. Virginia will soon release its first monthly report following its January launch, and Michigan showed a high-end potential for mobile sports wagering Wednesday after the state reported its 11 operators generated more than $115 million in handle in just 10 days.

State governments from New York to Alabama are also pressing forward toward mobile betting legalization, recognizing the revenue generated via sports betting can at least contribute to plugging budget shortfalls that have arisen due to COVID-19.

The pandemic itself remains an “X-factor,” though as vaccinations become more readily available and are administered, that means there should be fewer disruptions — or at least none on the scale of 2020 that essentially shut down the sports world and sports betting industry for three months.

The arrows keep pointing up for sports betting in the U.S., and the new year appears to have sustained the optimism that closed the previous one.