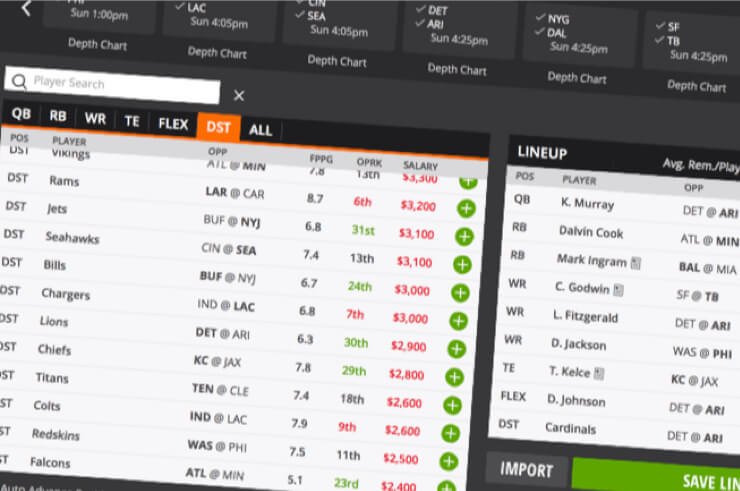 Forty-two days is a long time to be able to tinker with lineups.

DraftKings released its NFL Week 1 salaries this past Sunday, a full six weeks before those main-slate games kick off on Sept. 8, giving daily fantasy players a whole lot of time to build and rebuild lineups in anticipation of the first major DFS contests of the season.

There is a downside, though, from a perspective of DFS purity: Plenty of salaries will be way out of whack by the time Week 1 rolls around.

Say rookie Miles Sanders emerges over the course of the preseason as the Eagles’ RB1; his $3.9k price tag against Washington is going to be an obvious value, leaving him with a massive ownership percentage. Or suppose Philip Rivers gets injured during the preseason; Chargers backup QB Tyrod Taylor is going to be ridiculously underpriced at $4.3k for a season-opening home game against the Colts.

Every week during the season, value plays open up due to injuries and unexpected announcements from coaches. But when the salaries come out in July and leave a full six weeks of news unaccounted for, those value plays tend to be extreme and overabundant.

But that’s part of the game, like it or not. Everyone is working with the same advantages and disadvantages.

As long as you don’t “set it and forget it,” there’s no harm in checking out pricing and building September lineups in the waning days of July.

It’s not worth going too in depth on any salary analysis yet, but here are some quick names and prices that jump out at each offensive position:

(Random aside: I completely forgot that Jason Witten had unretired until I saw his name listed on DK. At a price of $3k, I could see him being a very popular play in Week 1, based on the assumption that he’ll be looking to make a statement and that Dak Prescott might try to feed him the ball a few times.)

Unlike sports betting, which is legal and regulated in a minority of states, DFS is available in the great majority of the U.S. There are currently just nine states inside in which customers can’t play on DraftKings or FanDuel:

One of those is poised to allow daily fantasy soon, while others project indirect hope by virtue of advancing sports betting legislation.

Alabama is in the former category, since Gov. Kay Ivey signed a law to welcome DFS back into the state in June. Louisiana looked to be headed down the same path until lawmakers fumbled in the red zone, possibly delaying DFS legalization hopes in the Pelican State by another two years.

Then there are states like Iowa and Montana, which have legalized sports betting to varying degrees, giving DFS enthusiasts in those states reason for optimism.